Tag Archives: “Journeys into the Backwaters of the Heart” 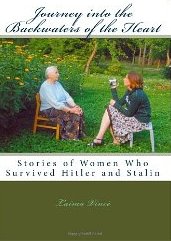