Statement of Staff Writer Evaldas Balčiūnas on Summons from Police


My name is Evaldas Balčiūnas and I write for Defending History, in addition to various Lithuanian web journals. On May 14, 2014, I was contacted by local Lithuanian police investigator Reda Šimkutė by telephone at a number which is not registered in my name. She said she needed to “carry out inquiries” about me.

I asked her what the nature of the matter was. She refused to answer, so I suggested she follow normal procedure and send me what they call “an invitation” (in other words a summons) to come to an interrogation at the police department.

A week later she sent this document (see below) to the place where I work rather than to my private address. Such notices commonly contain the statement that if the receiver does not come of his or her own accord, police investigators will use force to bring them in. In other words, arrest is threatened for non-attendance. The notice contained this standard threat but no address or location to which I was supposed to go.

When I did manage to find it, the investigator asked me about the computer I use and whether my work involves the constant use of computers. I asked her why they had contacted me on a telephone to which my name wasn’t attached, and she revealed that police had taken it from old employment department records, which I feel is a clear violation of my privacy under Lithuanian and EU law.

She had no explanation as to why they contacted me at work rather than home, as my home address is fully registered with the local authorities and is in fact public information easily found by law enforcement.

Ms. Šimkutė refused to allow me to view documents sent by police in Vilnius which were the basis for my interrogation. From what I could gather the case involves alleged libel and “libelous photographs” appearing on the internet with my articles.

Realizing this was what once used to be called a “political case” back in the Soviet Union, I refused to give a statement after she refused to show me the material sent from Vilnius. She then asked me to sign a form saying I understood such and such a law on providing false testimony, but was reluctant to actually show me that law. Finally she did so. I signed and left, not knowing what will happen next. 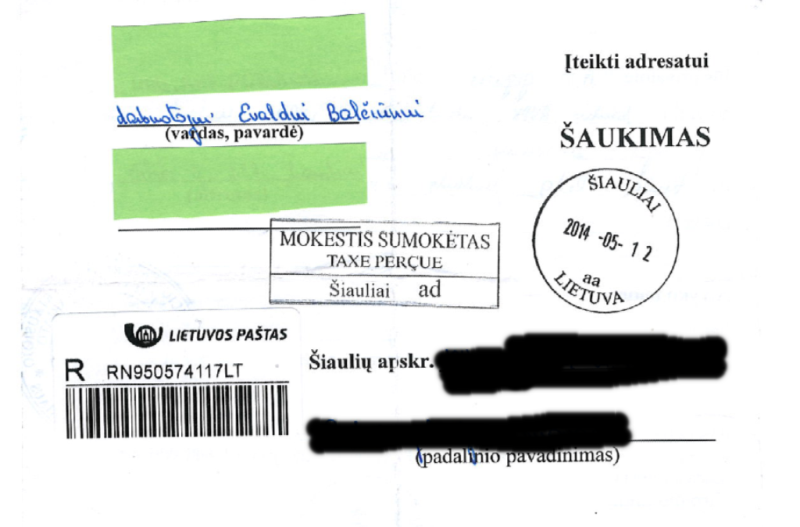 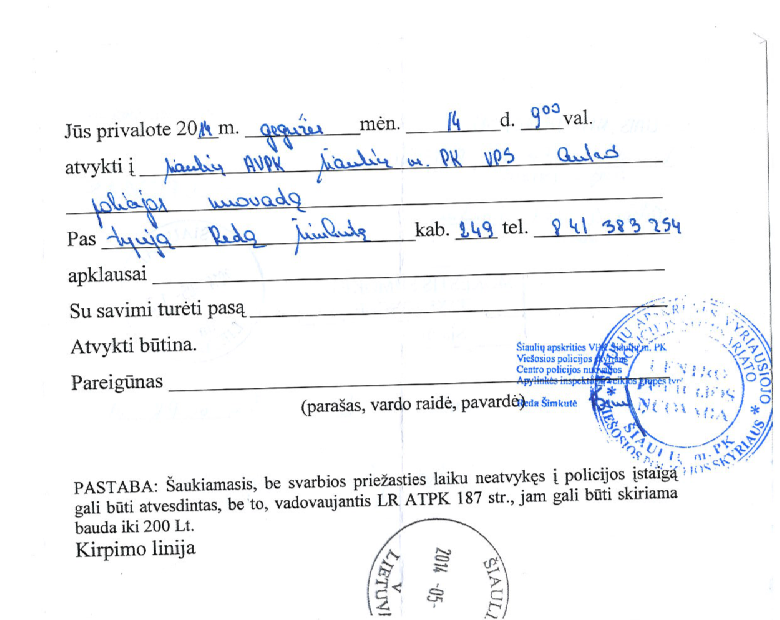