Posted on 22 August 2013 by Defending History


Three members of the Lithuanian government’s renewed “Red-Brown Commission” are to headline its next American PR event, scheduled for Philadelphia on 10 November. The Commission is widely seen as one of the politico-academic engines of Holocaust revisionism in the European Union in the spirit of “Double Genocide.” Moreover the body publicly supports the (2008) Prague Declaration, the “bible” of the Double Genocide movement. Its website does not mention existence of the European parliamentary rejoinder, the (2012) Seventy Years Declaration, signed by seventy-one EU parliamentarians, including six courageous MPs and MEPs from Lithuania.

UPDATES ON THE STATE COMMISSION, THREE OF WHOSE MEMBERS ARE “DOING PHILLY”

The Commission has yet to publicly reject the ongoing defamation of its own former member, Yitzhak Arad, accused of war crimes by Lithuanian prosecutors. Dr. Arad, a Holocaust survivor, hero of the anti-Nazi resistance and Israeli war of independence, went on to become a major Holocaust scholar. He was director of Yad Vashem for over twenty years.

Less than a year ago, Dr. Arad made his own thoughts known in a paper published on these pages.

As ever, unsuspecting scholars are being included, but none who have perchance publicly disagreed with the Commission’s revisionist positions on the Holocaust in Lithuania. Presumably, the other conference recruits are not aware of the resignations on principle of Sir Martin Gilbert and professors Gershon Greenberg, Konrad Kwiet, and Dov Levin, or of the highly partisan and PR roles on behalf of the Lithuanian government’s “history unit” played by the three Commission members being brought to Philadelphia for the event, all eminent scholars in their own right (Liekis, Polonsky, Sužiedėlis).

Some of the Commission’s members have tried to sanitize the the Holocaust collaboration and Hitler loyalties of the Lithuanian Activist Front and the Provisional Government of 1941.

See Yitzhak Arad’s paper; critiques of the Commission; section on the Commission; recent news (including a list of members), and Geoff Vasil’s memoir of the last Commission PR evening that was held in Vilnius on July 10th.

The most recent foreign Jewish response to the Commission’s campaign has come from Professor Danny Ben-Moshe in this week’s  Jerusalem Report.

The tentative program circulating for the Philadelphia conference follows. It is assumed that the National Museum of American Jewish History in Philadelphia is unaware that it could be instrumentalized in the cause of covering for Holocaust revisionism by governments in Eastern Europe. 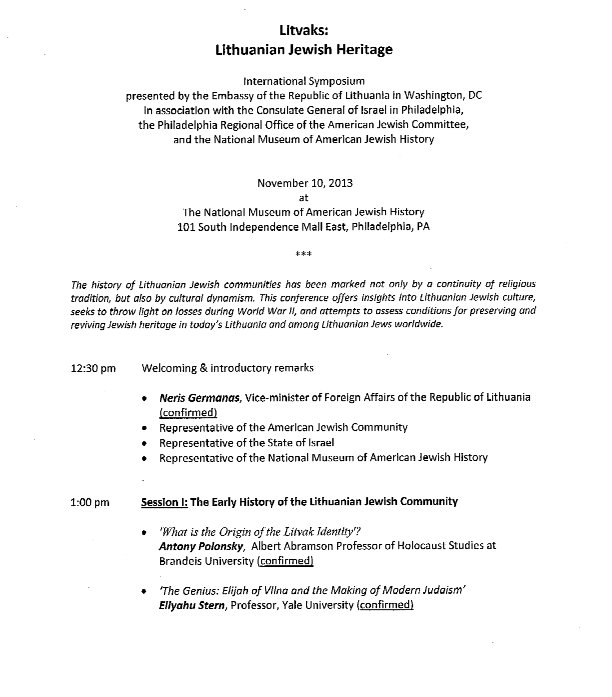 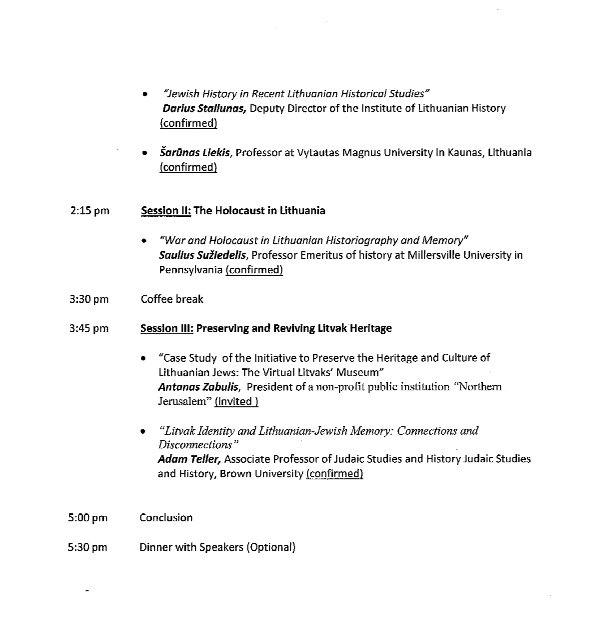