Under my user name “Holocaust survivor” (which I am), I posted the following comment.

The exhibit featured at the Estonian museum has the famed Hollywood mountain but with the word Holocaust peering out instead of Hollywood.

Very funny. The grand humor here stems from the first three letters being the same in the words Hollywood and Holocaust.

By the same token, it would be interesting to find out whether this museum contains a monument to “Bandera” with its caption replaced by another word that happens to start with the same three (actually four…) letters. 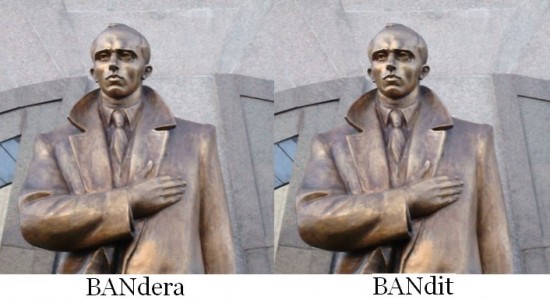