There are dozens of internet mentions of the Commission’s central work in persuading the European Union and Parliament to adopt the revisionist historical model (I’d once sent you a list, one of many examples at: http://www.komisija.lt/en/naujiena.php?id=1215150457). There are constant complaints about Holocaust survivors being “favored” over Communist victims…

Moreover, to this day the Commission has not publicly condemned, in Lithuania or abroad, the ongoing media campaign against resistance heroes Yitzhak Arad, Fania Brantsovsky and Rachel Margolis. (I came to Israel this time to honor Rachel, last week at a ceremony in Tel Aviv, at Leivick House, chaired by its director Daniel Galay, and attended by Israeli ambassador to the Baltics Chen Ivri Apter; I also had the honor of speaking on the Lithuanian Holocaust issues last Tuesday at the Jerusalem Center for Public Affairs.) That private letter once sent to Yad Vashem by the Commission’s chairman is completely at variance with what they have been saying and not saying in Lithuanian. In the absence of public condemnation by the Red-Brown Commission of the calumny against Yitzhak Arad, Yad Vashem’s former director for a period of more than twenty years, such private letters have no significance in Europe.

On a related topic:

I visited Yad Vashem on Thursday, my first visit in many years. Warmest congratulations on the incredible overhaul and the magnificent historical presentation starting with the history of antisemitism.

On the subject of Lithuania and the Baltics more generally, it seemed to me, however, that there is some reluctance to make clear that murders of (and serious violence against) Jewish civilians broke out in numerous locations from 22 June 1941 onward in many locations before the Germans took control (at different dates in different locations). This discrepancy is particularly evident in image no. 1 (see attached) which seems to cover for the well documented pre German arrival Kaunas (Kovno) mass murders of June 23rd and June 24th. 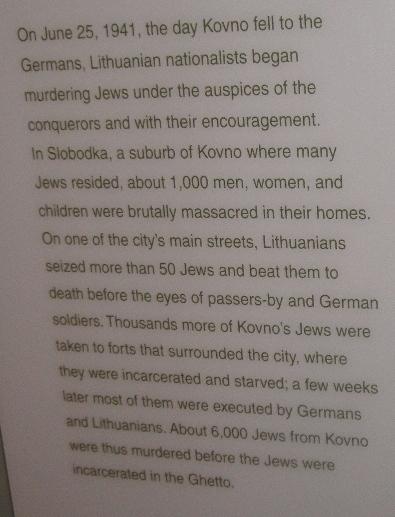 Other exhibits fail to make clear that local Lithuanian nationalists not only “led” the Jews to murder but constituted the majority of the murderers at each of the locations covered (see images 2-6). 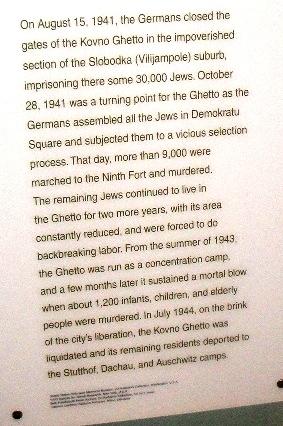 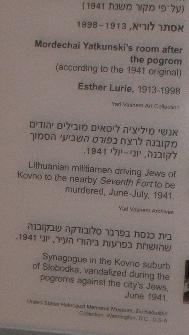 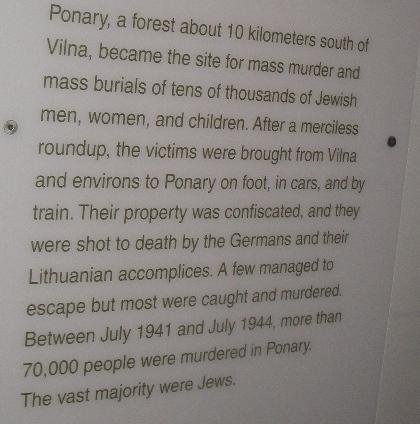 Finally, the sensational rediscovery of Sakowicz’s diary (thanks to Rachel Margolis, now in Rechovot, and unable to return to Vilnius….) is so important because this Polish Christian recorded that it was Lithuanian volunteers at Ponar who did most of the actual killing. Perhaps I missed something (it’s not possible to see everything in one visit of course), but the Sakowicz text (see image no. 7) seems to miss this point: his eyewitness testimony confirms who the vast majority of the murderers were there. All in all, the onset of mass murder in the Baltics in 1941, with locals doing most of the actual killing, is not as clear as it might be. 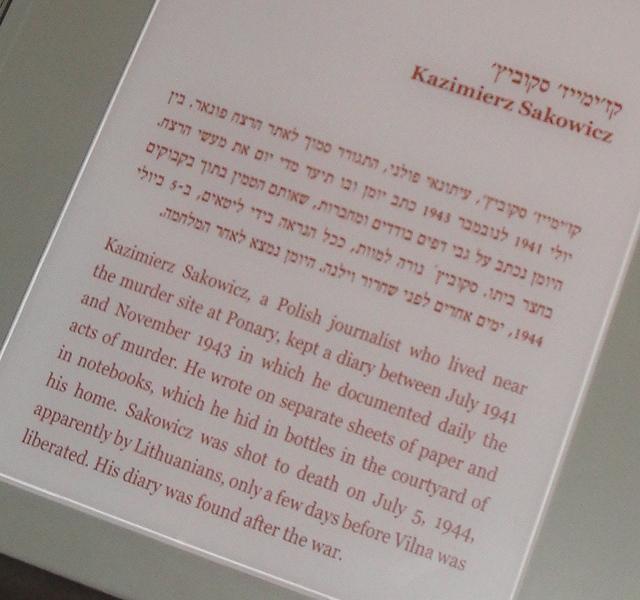 A curiosity: One of the NGOs that would be a reliable partner for choosing sincere teachers for trips to Jerusalem would be the House of Memory, founded by Linas Vildžiūnas. Many years ago, I interviewed him and asked him what motivated him in the first place. He told me it was his visit to Yad Vashem in the early 1990s, when he saw images of Lithuanian “nationalist heroes with white arm bands” attacking Jewish neighbors even before the Germans arrived. The irony is that I don’t think he’d see that today, but again, sincerest apologies if I’ve missed something important on the topic.

All good wishes, and apologies for all the uninvited comments!

Cheers and a gute vokh

Thanks for your letter, which I’ve read carefully. We’re looking into the points that you’ve raised. I’ll get back to you ASAP.