Jonas Paulavičius: Volunteered a Century Ago for Lithuania’s War of Independence, Went on to Save 16 People During the Holocaust

Posted on 1 January 2019 by Defending History

During the Nazi occupation years, when humanity was being trampled, and marauding and murder were rampant, when all effort was put toward turning the inhabitants of occupied lands into obedient and unfeeling creatures, meeting a dedicated person who dared to resist the spreading hatred seemed like a miracle to the unjustly persecuted. Jonas Paulavičius, indomitable enemy of the Nazi regime and veteran volunteer of the Lithuanian Wars of Independence, went on to become such a miracle to twelve Kaunas Jews, two Russian POWs, and two persecuted Lithuanians. Jonas made a decision: the only way to resist the terror of the Nazis and their helpers was to save at least several Jews who were suffering at the hands of the Nazis and whose lives were at risk.

Jonas Paulavičius was born in 1898 to a family of poor peasants. He learned the trade of the carpenter in his teenage years and could earn a living by himself, thus becoming self-sufficient and independent at a young age. After Lithuania declared independence in 1918, it soon became clear that, without a military of its own, Lithuanian statehood was doomed. During the period of its initial formation and the first stage of battles against the Bolsheviks, the Lithuanian military was comprised of 3,000 volunteers who responded to the December 27, 1918, call issued by the Government: Lithuania is in Danger. Jonas Paulavičius was among the brave men who volunteered immediately to fight for the freedom of Lithuania.

After the 1919-1920 Wars of Independence, most volunteers came back home, established families, and started new lives on the plots of land assigned to the defenders of the Lithuanian state. Jonas was assigned a plot of 30 acres in the Kaunas suburb of Panemunė, at the end of Vaidoto street. His land bordered the Nemunas river on the one side and Vaidoto street on the other. At the time, Panemunė was considered to be on the outskirts of the city. On this land, Jonas built a house with his own hands, in which he lived with his wife Antanina and their two children Danutė and Kęstutis.

In 1941, the first year of the Soviet occupation, Jonas Paulavičius worked as a carpenter in the Šančiai railway workshop. There, he was elected to the committee of the railway workers’ trade union. Ideals of equality and fraternity were important to Jonas. Politically he leaned to the left, although not a member of the Communist Party himself. Before the war he aided its leaders who were persecuted by the Lithuanian secret police; sometimes the communists would hold meetings at the Paulavičius home. Such activities almost cost Jonas his life. In June, 1941, when Nazi Germany declared war on the Soviet Union and first German soldiers showed up in Kaunas, so-called “partisans” started persecuting Jews and Communists. Jonas Paulavičius was also arrested, but he managed to convince the German officer that he was not in the Communist Party and that his work in the trade union was not political. Jonas was released, but it was clear to him that he had been one step away from death. Despite this realization, Jonas still couldn’t remain a passive spectator.

The writer M. Eglinis (Meir Yelin, Mejeris Jelinas) in his article “Victory of Humanity” (Tiesa, March, 1945) explains Jonas’s decision to save Jews: “On August 18, 1941, in the Fourth Fort, which was not far from Paulavičius’s home, the Germans and their local helpers shot 534 Jewish intellectuals from the Kovno Ghetto. During the massacre, one of the condemned managed to escape his executioners and went on running through the streets of Panemunė. The murderers, however, caught up with him and shot him in the middle of the street. Paulavičius saw it all and swore to himself to dedicate all his strength to saving the unfortunate.”

Jonas Paulavičius’s dedication to saving people was also described well by Yochanan Fein, one of the Jews saved by the Paulavičius family. In his book Boy with a Violin, he writes: “Jonas was a simple man, a worker with no formal education, but had a complicated personality. Jonas’s talks would sometimes contradict his actions. The Communist worldview undoubtedly influenced his convictions, but that was neither the most important nor really the only factor. His convictions were mostly based on emotions and had no ideological roots. His loyalty to certain people, including members of the then illegal Communist Party, were so much more important than any ideology. First of all, he was loyal to the human being, whatever that may be, and he had never betrayed this principle.”

Who were those twelve Jews, saved by Jonas Paulavičius and his family? Each of them walked their own path of suffering and loss to Paulavičius’s home and came there from different directions. The first were the Šamesai (Shames) family, who arrived there via their former neighbor in Šančiai; they were looking for people who could shelter their four-year-old son Šimelė (Shímale). Former neighbors refused to accept the boy under their roof, but suggested contacting Jonas Paulavičius who lived in a more remote part of town; after having counselled with his wife Antanina, Jonas agreed to accept the boy. Unfortunately, the boy, who could speak only Yiddish, would do nothing but cry in the new environment, and Jonas passed a message through engineer Aaron Neimark to the parents, urging them to take the child back to the ghetto. When the parents refused, he suggested they escape the ghetto as soon as possible and all come to hide in his home in Panemunė. That’s how Lena and Itzchok Šamesai, together with their son Šimelė and Lena’s mother, whose family name was Fainzilber, came to stay at the Paulavičius’ home.

After choosing saving Jews as a means of fighting the Nazis, Jonas took some time to think and came to a conclusion:

Since he won’t be able to save all Jews, he will concentrate on saving some educated ones—doctors, engineers—because after such a massive catastrophe, the Jewish nation would need leaders able to restore the destroyed community. He shared his thoughts with Itzchok Šames, who in turn suggested to his acquaintances, the doctors Chaim and Tania Ipp, to escape the ghetto and come hide at Paulavičius’s place. Although the Ipps found Jonas’s plan of saving educated Jews suspicious, having had miraculously survived many massacre Aktionen in the ghetto, they decided to risk it one more time. Chaim Ipp met Jonas Paulavičius in the city and told him that they have no money either for food or for paying him, but Jonas responded that he needs no money and clarified his motivation. After several days, Chaim and Tania Ipp escaped the ghetto and made it to the Paulavičius home.

Yochanan Fein, then a fourteen-year-old boy, came to the Paulavičius home at the suggestion of Jonas’s son Kęstutis. He used to go to the same school with Yochanan and remembered him as a genius at the violin. Jonas Paulavičius again used Aaron Neimark to pass the suggestion to Yochanan, who lived at the ghetto at the time, to come and hide in Panemunė. Such a suggestion from a complete stranger astonished not only Yochanan and his sister Judith but their whole family as well. Some time was needed to consider the offer. After the Kinder Aktion which took place in the Kovno Ghetto on March 27 and 28, 1944, during which Yochanan managed to jump out of the bus that was bringing the children to their death, it was decided to organize his escape from the ghetto and transfer to Paulavičius’s home. With help from Paulavičius’s son Kęstutis, the plan was carried out successfully. 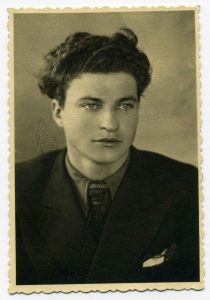 After she escaped from the Kovno Ghetto, Aaron Neimark’s wife Mania was met by Jonas Paulavičius in a pre-arranged place in the city. They agreed that Jonas would walk first and Mania would follow him: if Mania was spotted and arrested by the Nazis, Jonas would not turn back and keep walking, since the fates of many other escapees depend on him. They successfully walked more than ten kilometers to Jonas’s home. Soon, Mania’s husband, the engineer Aaron Neimark, joined those hiding in Panemunė.

Three more Jews escaped the prisoners’ procession when they were being brought to Panemunė over a bridge from Šančiai, where the Šančiai concentration camp was being liquidated. They were the Orrthodox Jew Dovid Rubin, the eighteen-year old girl Miriam Šumacher (later Krakinovski), and Riva Katavušnik. Jonas closely observed each group of the condemned that were brought via Panemunė to the trains or the Fourth Fort, saw what was happening, and brought the escapees to the hiding place almost against their will.

During the whole period of the Nazi occupation, neither Jonas Paulavičius nor his family members told anyone about the hideouts or their inhabitants. Neighbors and relatives only got to know about it all when the Red Army marched into Panemunė and pale, almost naked people started coming out from the hideouts. Jonas prepared for hiding Jews with great care; he set up four hideouts: the large main hideout was in a hole under the foundation of the house, set up with help from son Kęstutis. For several nights, they had been digging the hole and secretly bringing the soil that was removed to the river. Other hideouts were set up in the attic between the pitched roof and the wall, in a hole by Vaidoto street, and under tomato beds in the garden. Jonas’s efforts were always aided by his wife Antanina who worked hard every day to take care of and feed a crowd of people.

After the war, the Jews saved by the Paulavičius’ family went in different directions: Yochanan Fein, Aaron Neimark, Mania Neimark (later Gershenman), and Dovid Rubin went to Israel. Chaim and Tania Ipp migrated to South Africa. After Dr. Chaim Ipp was killed in an automobile accident, Tania Ipp moved to Jerusalem. The Šames family settled in Peru. Miriam Krakinovski settled in the USA.

The life of the Paulavičius family after the war was, sadly, not a happy one. During the spring floods of 1946, the icy waters of the Nemunas picked up Jonas’s house from its concrete foundations and it literally floated away, leaving intact just the shed which eerily stood by the bushes. After having done some work on it, Jonas and his family went on to live in this shed for several years. In 1947, Jonas’s daughter Danutė, then only 21 years old, died of tuberculosis. 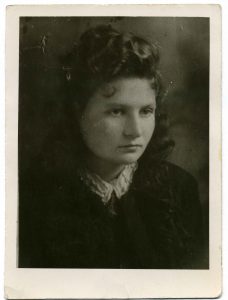 Then, on May 1, 1952, an unknown perpetrator came at night by the open window of the Paulavičius house and shot the sleeping Jonas Paulavičius in the head. The crime remains unsolved and the murderer went unpunished. The death of Jonas Paulavičius was a tragic event to all the people whom he had saved.

After the war, Lithuanian, Polish, Israeli, and American media outlets wrote about Jonas Paulavičius. Most of the rescued people renewed their connections with Kęstutis Paulavičius; they dedicated a lot of love and attention to Antanina Paulavičienė, who in turn visited her “children” in Israel in 1988. Jonas Paulavičius, his wife Antanina, son Kęstutis, and daughter Danutė are named Righteous Among the Nations by Yad Vashem; the Republic of Lithuania has awarded them the Life Saving Cross.

However, the most prominent monument to the memory of Jonas Paulavičius is Yochanan Fein’s book Boy with a Violin. It was presented by the Israeli-based author in Kaunas and at the Vilna Gaon State Jewish Museum in Vilnius in October, 2017.

The author is director of the Department for Commemoration of Rescuers of Jews at the Vilna Gaon State Jewish Museum (Vilnius, Lithuania).