Posted on 20 April 2016 by Defending History

“Contrary to reports in some Lithuanian newspapers and international media, the planned renovation project at the Vilnius Snipisek cemetery is not supported by European Union funds.”

But earlier this month, on 13 April 2016, Ms. Adamo replied (facsimile below) to a query from British MP Gareth Thomas. Ms. Adamo was on this occasion replying on behalf of First Vice President Frans Timmermans, again with her by-now standard reply to the many anguished voices calling out for Vilna’s old Jewish cemetery not to be desecrated by a massive convention center, but the new letter contains the added word “currently” (italics added for rapid reference):

“Contrary to reports in some Lithuanian newspapers and international media, the planned renovation project at the Vilnius Snipisek cemetery is currently not supported by European Union funds.”

Given the abject failures to date of such well-financed purported “protectors” of European Holocaust-area cemeteries as the London-based CPJCE and their “Aaronite” Satmar associates, and of the scandal-ridden “US Commission for the Preservation of the American Heritage Abroad,” there is growing concern that the EU’s position has slipped from one of “No support for this convention center on the bones of thousands of Vilna Jews” to “No current support.” This is a frightening shift precisely because the controversial political and financial interests standing to make many millions from the project have boasted that EU “structural funds” would indeed be brought to bear when building time comes around.

OBSERVERS ASKING: WHERE IS THE US TAXPAYER-FUNDED “COMMISSION FOR THE PRESERVATION OF THE AMERICAN HERITAGE ABROAD”?

Concerned members of the Jewish and other minority communities in Lithuania and throughout the region, and descendants worldwide of the people buried at the storied Piramónt (Šnipiškės) cemetery in Vilnius, are increasingly worried at the failure of Jewish and human rights leaders to stand up with conviction against the defiling of many thousands of graves going back half a millennium in a European Union capital.

British MP Gareth Thomas brought up the fate of the old Vilna Jewish cemetery at Piramónt (Šnipiškės) in the House of Commons last November.

Observers note that the most recent letter from the European Commission also contains substantial material on EU opposition to antisemitism, an indication of the growing recognition that plans for conventions, concerts, bars and toilets over an old Jewish cemetery that would never be contemplated for a Christian cemetery have a definite bearing on antisemitism, racism and discrimination. This has been repeatedly pointed out by Christian clergy and comes to expression in the dozens of expressions of opposition from around the world. 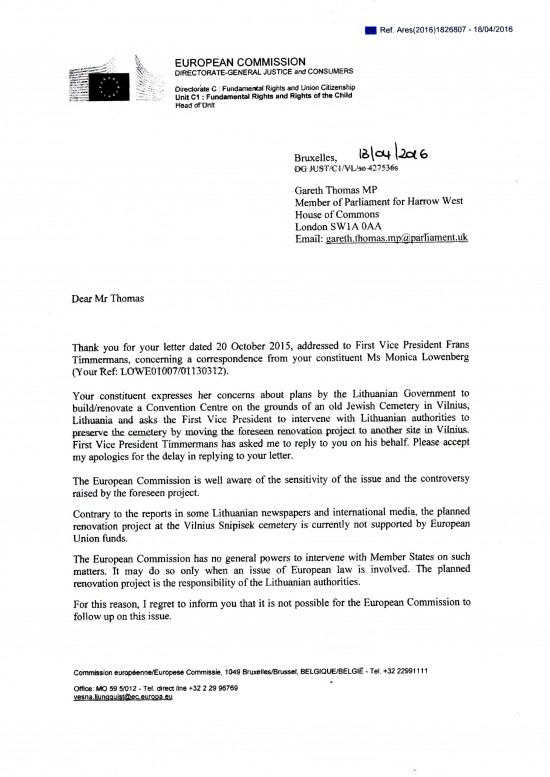 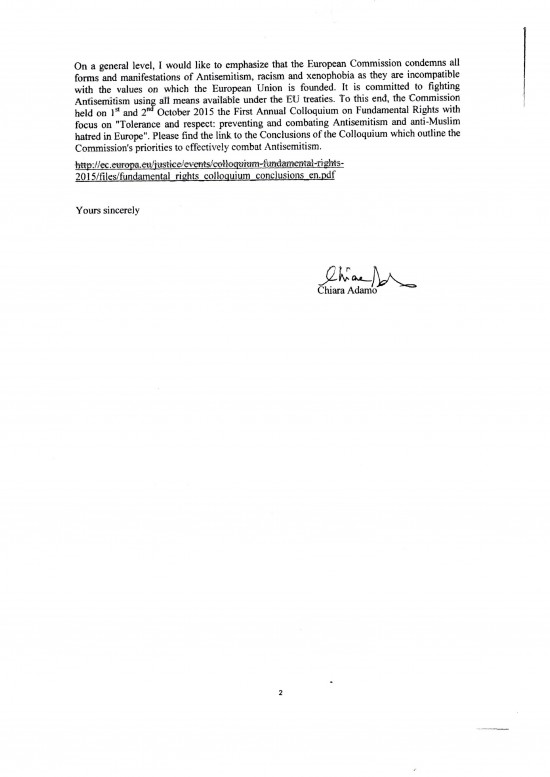