On the 15 July 2013 centenary of the birth of the illustrious Yiddish poet of Vilna, Abraham Sutzkever (1913–2010), the last active association of Holocaust survivors from Lithuania released the statement below (also available as PDF). It urges organizers, participants, judges and prize winners to avoid being instrumentalized as cover-up props for Holocaust obfuscation. It proposes that they simply issue public statements calling for written public apologies from the Lithuanian government to the defamed Jewish partisans who knew Sutzkever well from the forests of Lithuania and dozens of years of contact in survivor circles. See the related debate on this year’s Sutzkever Prize.

QUESTION FOR THE FUTURE:

Is the annual Sutzkever Prize devalued by the organizers’ (and recipients’) failure to publicly demand apologies for Sutzkever’s defamed comrades in arms?

None of Sutzkever’s fellow partisan veterans was ever charged with anything. The kangaroo “pre-trial investigations” are widely seen as part of the effort to invert history by blaming the victims while at the same time glorifying the local perpetrators as “freedom fighters,” including street names and university shrines. 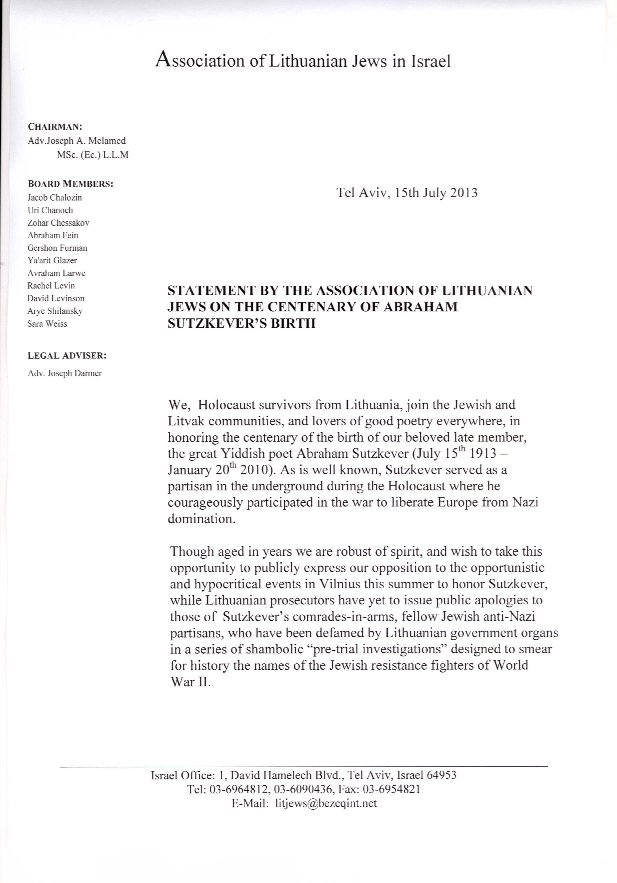 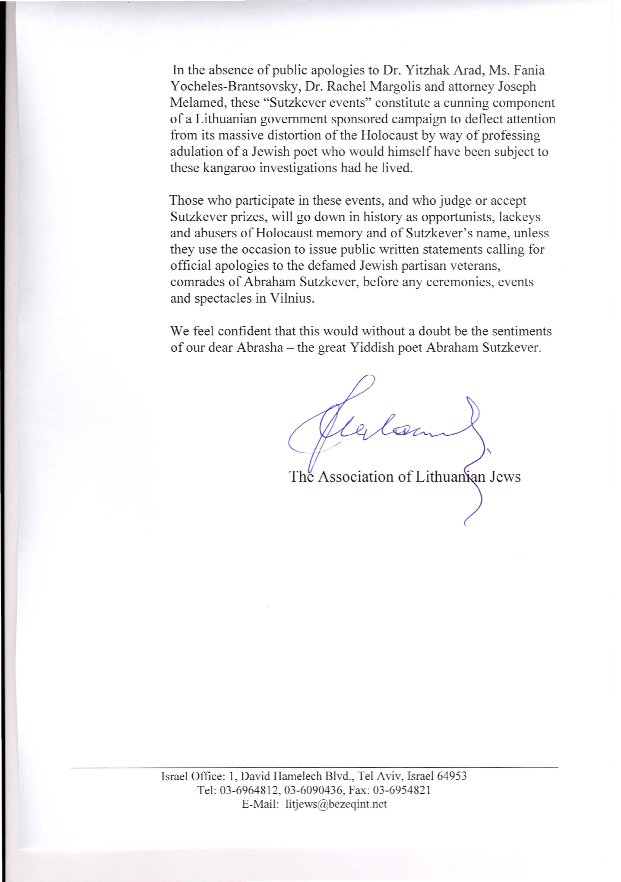