Left her safe haven with righteous Christians to join her family in the Vilna Ghetto. Joined the Jewish underground anti-Nazi resistance. Witness to creation of the Yiddish partisan hymn.

Escaped to join the partisans and fought valiantly against the Nazis in the forests of Lithuania. The only one in her family to survive the Holocaust.

Volunteered for the short-lived Jewish museum after the war.

Dedicated half a century to Biology, as PhD and professor, at Vilnius University.

Helped establish the Green House Holocaust museum in Vilnius. Rediscovered, deciphered and published Kazimierz Sakowicz’s diary of Ponár. Author of a remarkable memoir. Beloved guide, lecturer and teacher on Jewish Vilna and the Holocaust. A beloved lecturer at the Vilnius Summer Program in Yiddish untl prosecutors’ threats prevented her coming in 2008 and beyond. Will there be a session honoring her at this summer’s program? Will students be told about her accomplishments?

Target of a campaign of defamation by Vilnius prosecutors, the “Lithuanian Human Rights Association” and other far-right Holocaust-revisionist elites. In 2009, she was excluded from the Jerusalem Book Fair, and betrayed by Indiana University’s Bloomington-Borns Yiddish program at a Jerusalem conference exposed as sham by Prof. Dov Levin. In 2011, Yivo shunned her at its Vilna Ghetto memorial events, preferring to honor the then antisemitic foreign minister of Lithuania.

At 90, she was afraid to return to her beloved Vilna for one last visit she yearned for. The Lithuanian government refused to reach out to her, its ambassadors in Israel would not acknowledge her, while prosecutors repeated threats of kangaroo “war crimes investigation” (most recently for the record in the 2012 documentary “Rewriting History“).

The government of Lithuania forfeited a precious chance to cap the 700 year Jewish history in the country on a more noble note than police coming to look for Dr. Rachel Margolis in Vilnius… 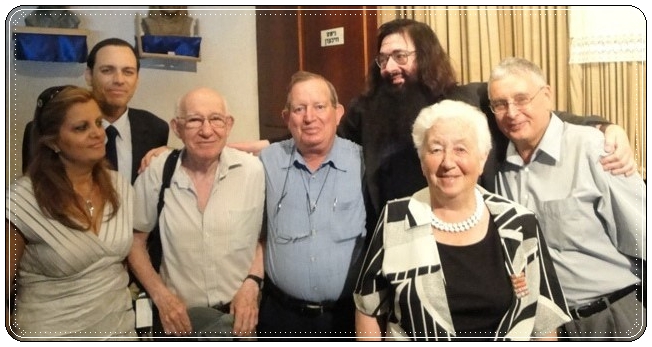 VIDEO INTERVIEW WITH RACHEL MARGOLIS: 1 and 2