On the occasion of Holocaust Remembrance Day, the Margolis family in the United States released to the media a 3 December 2009 letter from the United States Congress to the prime minister of Lithuania, protesting in no uncertain terms the campaign being waged against 88 year old historian, museum builder and biologist, Dr Rachel Margolis; 87 year old Fania Yocheles Brantsovsky, librarian of the Vilnius Yiddish Institute; and 83 year old Holocaust scholar Dr Yitzhak Arad, who was founding director of Yad Vashem. All three have been the subject of ongoing ‘investigations into war crimes’ by Lithuanian prosecutors and of extensive defamation by the country’s mainstream media. Since the saga got underway in the spring of 2006, none has been charged, and not one has been cleared. Holocaust studies specialists increasingly suspect a ruse to create a bogus paper trail of ‘investigations’ of Holocaust survivors as a diversion to the documented history of massive Baltic participation in the Nazi-led genocide of the Jewish population, as well as to the region’s dismal record of not punishing a single Nazi war criminal since independence. See the media coverage; responses to the anti-survivor campaign; critiques of the underlying ‘red=brown’ movement and the state-funded apparatus that underpins it.

The three page letter (available here) is signed by the chairman of the House Foreign Affairs Committee, Howard Berman; the chairman of the House Subcommittee on Europe, Robert Wexler; Congresswoman Shelley Berkley, and Congressmen Paul Hodes and James P. Moran. The letter addresses the Lithuanian prime minister, Andrius Kubilius in stark terms: ‘Prime Minister Kubilius, we request your written assurance that Ms Margolis can return to Vilnius without fear of being questioned by the prosecutor.’ It goes on to say: ‘Ms Margolis and other partisans should not have to live in continued fear from reprisals, media defamation or harassment from authorities. As the leader of Lithuania, please take this opportunity to speak directly to your citizens and set the record straight on this critical issue.’ 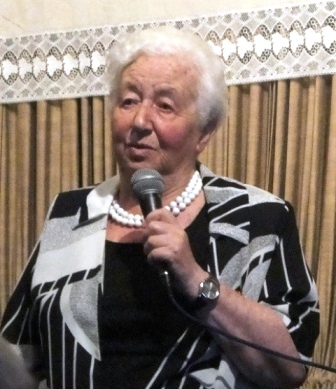 Earlier this month, Jerusalem-based Avi Lehrer posted a second clip of a recent series of interviews with Dr Margolis, filmed at her home in Rechovot,   concerning the attempts of prosecutors and press to turn history on its head. She addresses the 2008 visit by uniformed officers looking for her in Vilnius. This follows an earlier segment where Dr Margolis, 88, explains why she yearns to see her native Vilnius (Yiddish Vilne) one more time. See below (at: 28 Oct), and at Blaming the Victims (→ 2008: 5 May; 28 May). Rachel Margolis and other survivors are being filmed (in their native language, Yiddish), thanks to the generosity of Verbe et Lumière – Vigilance (Paris). A 2008 letter to Dr Margolis from 9 ambassadors here; 2009 Tel Aviv event here, and at Responses ( 19 June 2009). Smithsonian.#

In sharp contrast to the United States congressmen’s letter, the American embassy in Vilnius has failed to stand up for the rights of the Holocaust survivors accused of being war criminals for joining the anti-Nazi resistance.