As someone who recently had the honor of being included in a major conference on Jewish cemeteries held in Vilnius, Lithuania, I wish first to thank, most sincerely, the conference organizers, the Lithuanian government, and the local Jewish community for most gracious hospitality and support at each stage.

Second, speaking on my own behalf, I would wish to respectfully appeal to the president and  government of Lithuania to consider moving the planned national convention center project away from the old Jewish cemetery to another site in the beautiful capital city where it can be a source of pride and joy to all Lithuania, and all Europe, for many generations to come.

I have been deeply involved in the restoration of a Jewish cemetery in Slovakia, a country that should learn a lot from Lithuania. Countries in this part of the world were greatly influenced by the special Soviet contempt for cultures, religions and humanity. Contrary to Slovakia, Lithuania has made great progress in the restoration of Jewish historical sites and cemeteries. In fact, fabulous steps have been taken to recover significant parts of the history that became “unwanted” or forcibly hidden. I now wish to believe that you have not decided to take a giant leap backwards. 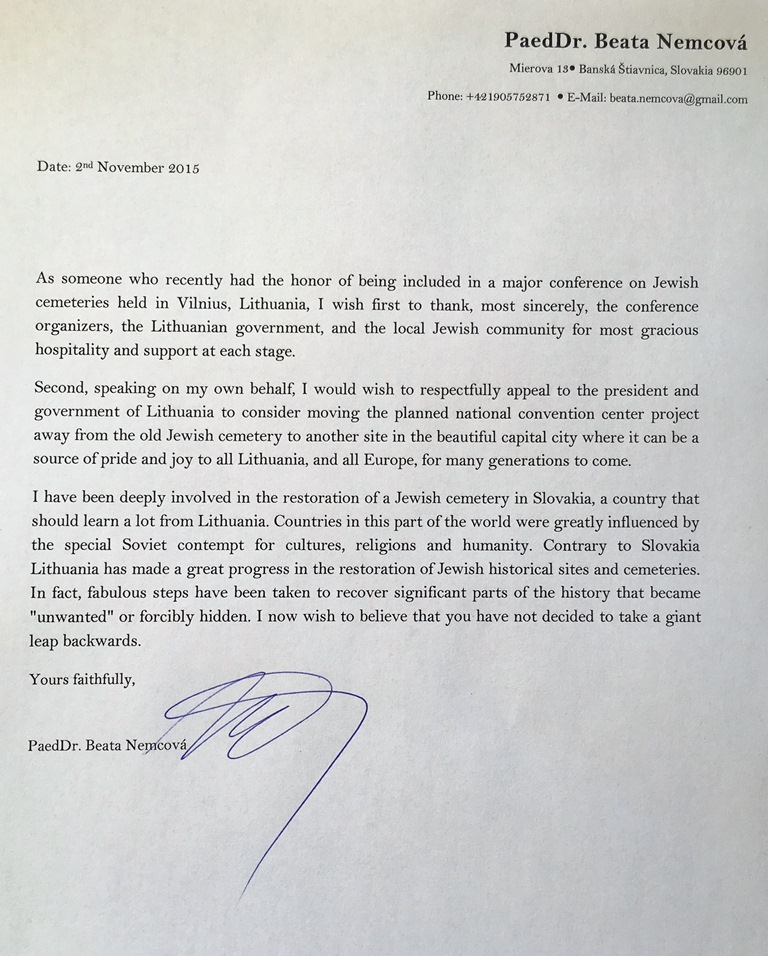