“Baltic Times” Does It Again: A Page of Hate Calling for Expulsion of a Million Legal Residents in Latvia

Posted on 12 November 2013 by Defending History

Last May, this journal reported on a full page of racial hate directed at Latvia’s “Russians” (a cover term for Russian-speakers of a multitude of backgrounds). It had appeared in the Baltic Times, under cover of the responsibility-shirking label “Advertisement.” Heaven help us all if the word advertisement can in European Union and NATO countries cover for spreads of hate and incitement to violation of human rights. In this case, the demand is for the veritable expulsion of a million peaceful, legal residents of a member state of these international alliances, both of which are based on the shared commitment to uphold the human rights of all.

Rather than repeat the commentary offered at the page’s earlier appearance, we refer back to it here on the occasion of its reappearance in this month’s Baltic Times (dated 31 October — 27 November 2013), that occupies all of page 5 in the main news (!) section.

Here are two excerpted paragraphs that may serve as samples of the hate and group defamation spewed forth, right down to the assurance to the Westerners reading the paper that if they manage to pull off the expulsion of a million peaceful and legal residents, “You will feel good.”

Hopefully on this occasion, the embassies of EU and NATO member states in Riga, and their foreign ministries back home, will speak out loud and clear. And for the record. 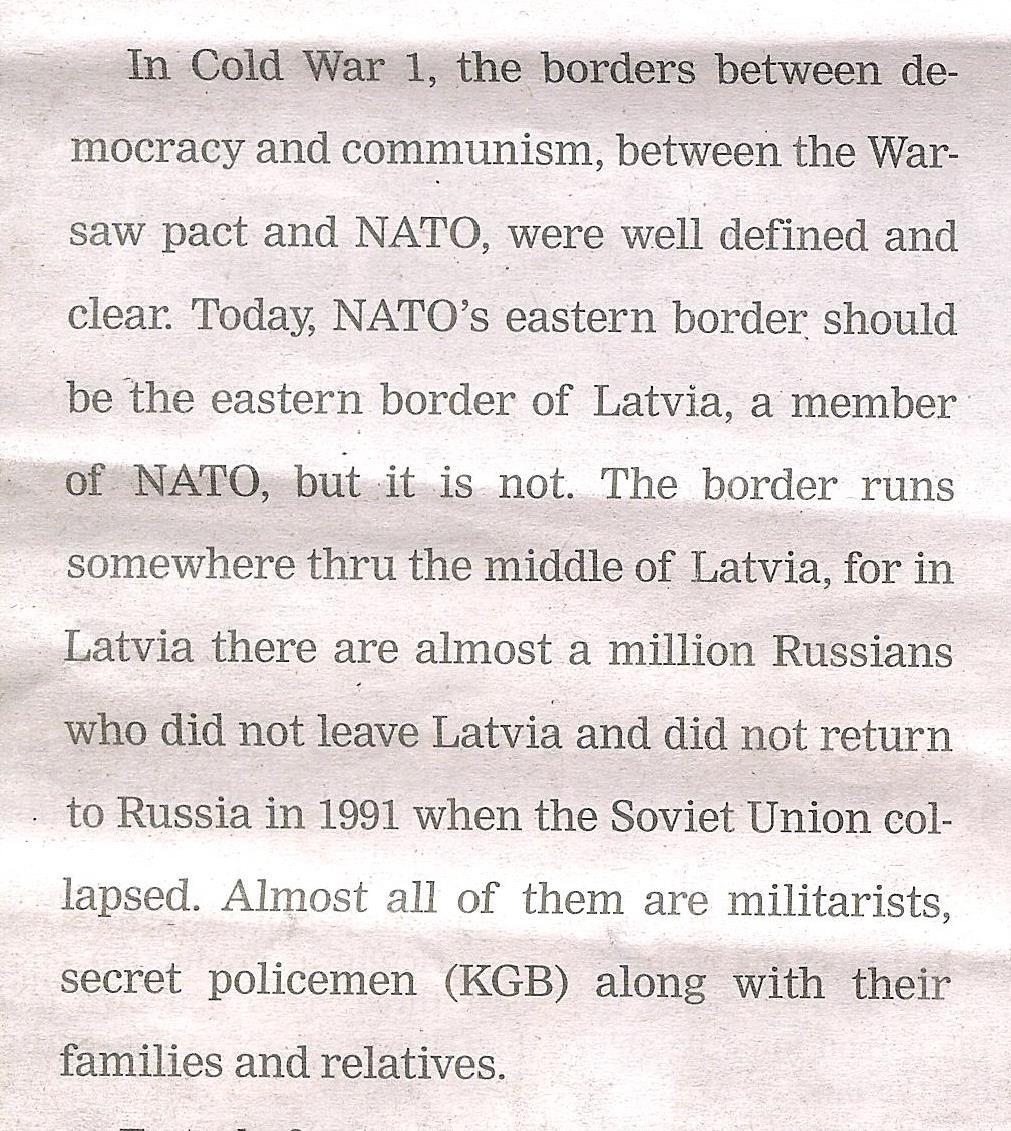