Posted on 13 February 2020 by Defending History

VILNIUS—Dr. Andrius Kulikauskas, the editor of the Vieninga Lietuva (United Lithuania) website, and a contributor to DH for some years, has announced an event scheduled for midday this Sunday, February 16, Lithuania’s Independence Day. The day marks the declaration of independence of 1918, which led to the democratic Republic of Lithuania that flourished in interwar Eastern Europe. Posters for the event are available in PDF format in English, and in Lithuanian, and are reproduced below. All are welcome to the event, which calls on Lithuanian authorities to move the national convention center project away from the old Jewish cemetery to another venue. The project has attracted much opposition, as well as an international petition. 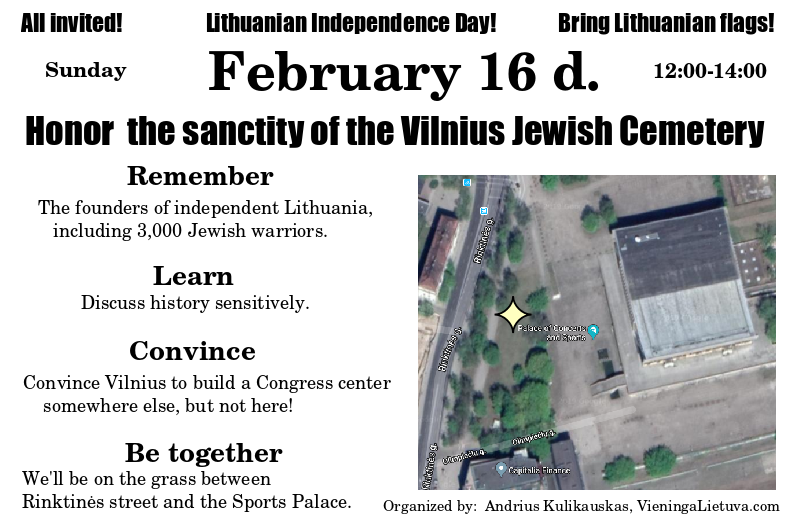 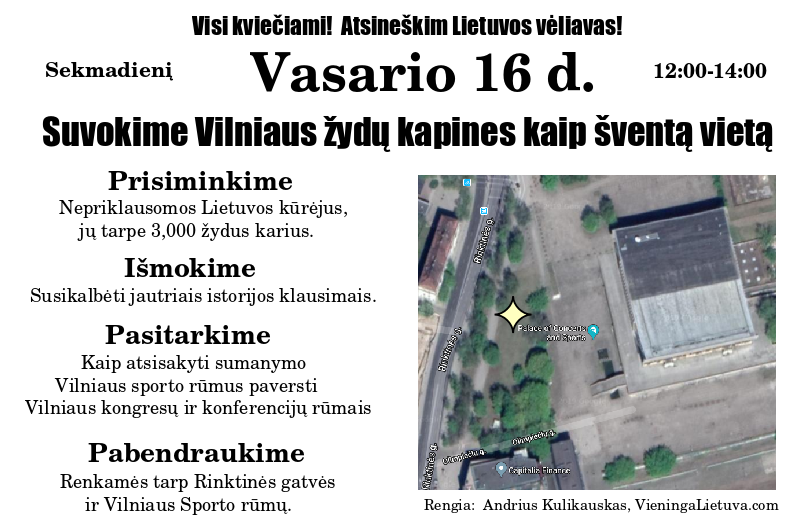