OUN militias played a major role in pogroms in Western Ukraine that killed tens of thousands of Jews after the Nazi invasion of the Soviet Union. Many OUN members also joined the Ukrainian Auxiliary Police, where they collaborated with the Nazis to kill Jews in Western Ukraine in 1941-1942. After the OUN violently seized control of the UPA in 1943, the UPA also slaughtered between 70,000 and 100,000 Poles in western Ukraine from 1943-1944 and hunted down Jewish survivors of the Holocaust.

There’s even more bad news. Thanks to brave Ukrainian Jewish leader Eduard Dolinsky, we now know that the Western Ukrainian city of Kalush has renamed one of its streets after Hauptsturmführer Dmitro Paliyiv of the Ukrainian Waffen-SS Galizien division (the picture below shows Nazi SS Reichsfuhrer Heinrich Himmler inspecting the troops of this division).

And lest anyone claim this is fake news, this is announced right on the Kalusha municipal website (Number 3 in the list of street name changes). Moreover Paliyiv was no ordinary foot soldier, but a key founder of this Waffen-SS division. And before becoming a founder of the SS Galizien, Paliyiv was the leader of a political party called “Front of National Unity” which was at least as fascist as OUN, and much more antisemitic and racist (which given some of the OUN propaganda seen is a most disconcerting thought).

Evidently not all citizens of Kalush are thrilled with having a street named after a Waffen-SS Hauptsturmführer in their city and a lawsuit opposing the name was filed in a local court. Unfortunately, the Kalush court upheld the city’s decision to rename the street after Paliyiv, and opponents of the renaming have now appealed to the Lviv Administrative Court of Appeal. The Lviv court is scheduled to render its decision next Monday, October 9, and we can only hope they have the good sense to strike down this abomination of a name. 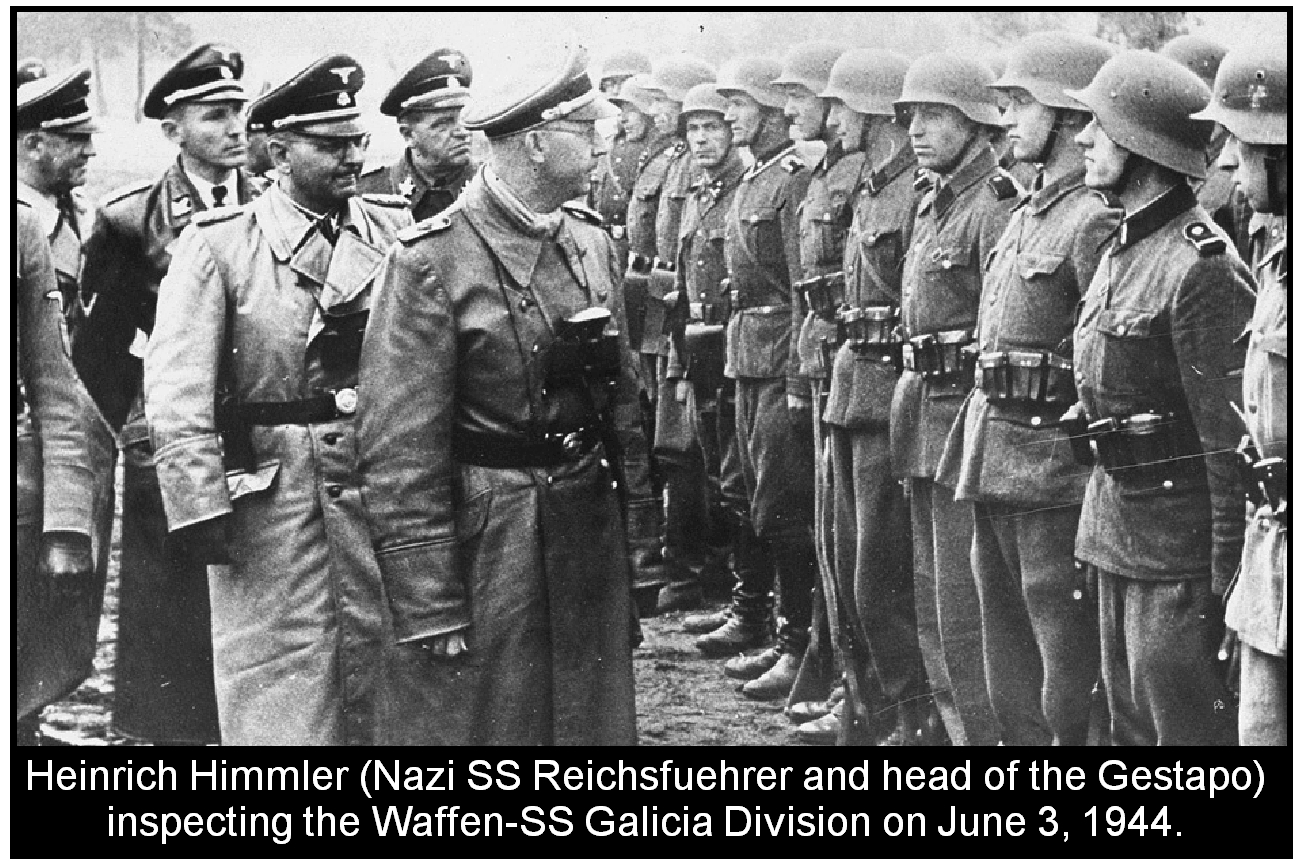