Posted on 20 January 2016 by Defending History

KIRYAS JOEL, NY—The “Satmar Headquarters” of the movement’s “Aaronite” branch, partners of the London-based “CPJCE / Admas Kodesh” issued this tweet earlier today, which some observers take to convey the message that the politically connected Hasidic group continues to boast of preventing the “United States Commission for the Preservation [emphasis added] of America’s Heritage Abroad” from expressing even the mildest protest at plans to erect a twenty-five million dollar convention center in the heart of Vilnius’s oldest Jewish cemetery. With the exception of the CPJCE, exposed in Wikileaks as having demanded money for their “supervision” at the same cemetery in 2009 (see Jerusalem Post and JTA reports), major rabbis and rabbinic associations, alongside a variety of Jewish and non-Jewish figures, have expressed unanimous condemnation of the project.

The condemnations include the major groups of Lithuanian (Litvak) rabbis internationally, and also the rival branch of Satmar itself, the “Zalmanite” branch, whose own highest rabbinic court last summer added its voice to the Lithuanian rabbis worldwide. Vilnius has numerous venues appropriate for the new convention center. Some observers remain baffled at the insistence on the old cemetery site, where thousands of graves lie intact, and where revelers would clap, cheer, and use bars and toilets surrounded by a half millennium’s Jewish graves, including major Jewish scholars of the city, historically Vilna, once known as the Jerusalem of Lithuania. 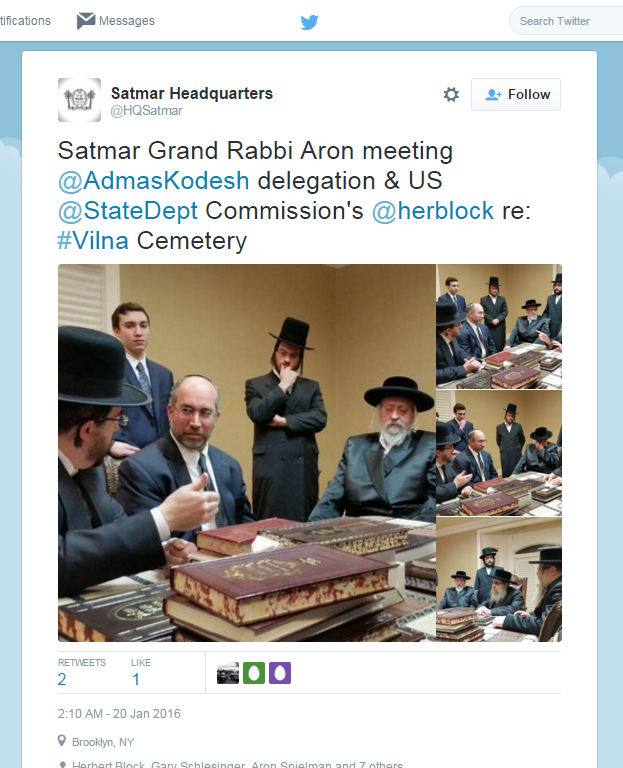