Posted on 16 February 2020 by Defending History

VILNIUS—While local and international human rights organizations ignored the gifting of Vilnius Old Town to far-right marchers glorifying Holocaust collaborators, Defending History’s small team, comprising Evaldas Balčiūnas, Dovid Katz and Julius Norwilla were on hand to monitor the event. The dusk-to-nighttime torchlit procession today started at the Gates of Dawn, with participation of Catholic officials, and made its way downhill through Castle Street, stopping to pay homage at the plaque to Holocaust collaborator Jonas Noreika, and continuing on to the final destination of the former Škirpa Street (renamed Tricolor Street, after a long campaign started a decade ago by Defending History). Kazys Škirpa, though in Berlin at the time of the Holocaust, was a theoretician of the ethnic cleansing of Lithuania’s Jewish population, and an effective inspirer and cheerleader of local participation in the genocide.

It was Evaldas Balčiūnas’s Defending History article in 2012 that made the English speaking world aware of the Holocaust record of Jonas Noreika and of his twenty-first century state-sponsored glorification.

Estimates of the number of marchers ranged from 300 to 500. There were chants of “Škirpa and Noreika are Lithuanian Heroes” and scattered Škirpa signs. There were loud condemnations of Vilnius’s mayor, Remigijus Šimašius, who has worked to remove honors for both Holocaust collaborators, and of Defending History writers. Police were in full control at all times and the events proceeded without incident. Photos by Evaldas Balčiūnas and Julius Norwilla. 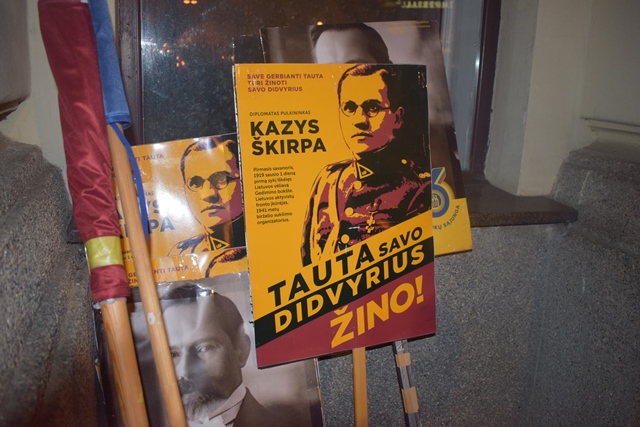 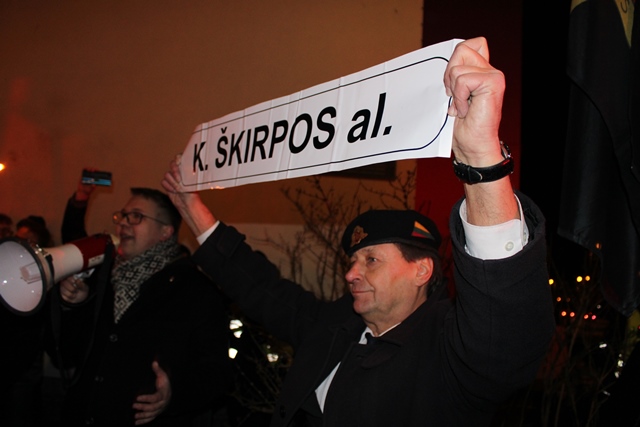 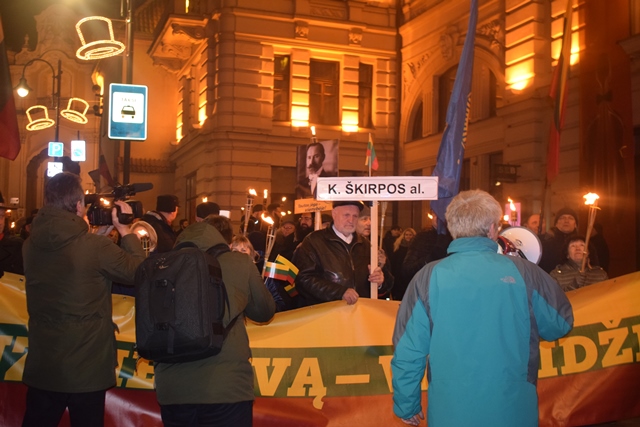 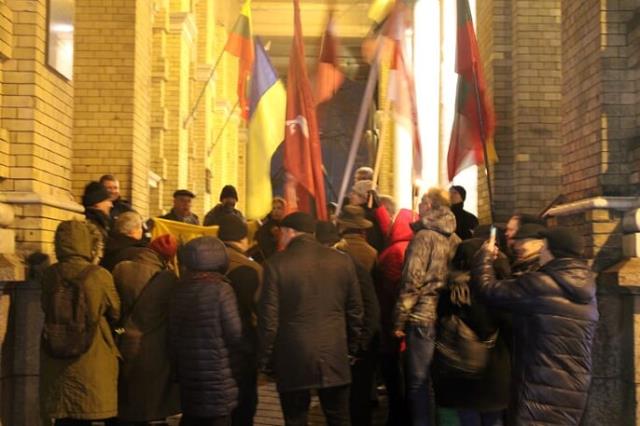 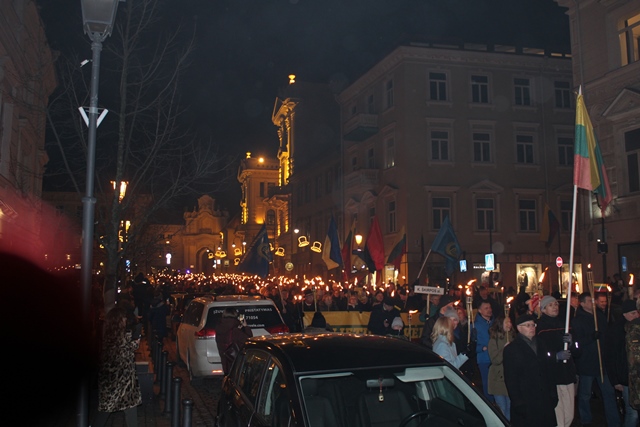 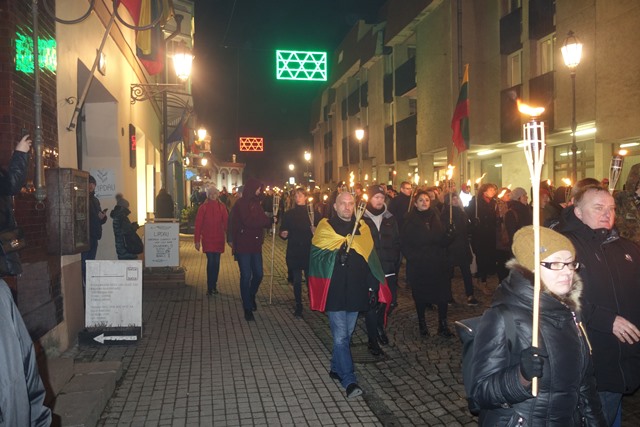