Update of Oct. 2010: See also our report on the October 2010 re-opening of the Green House following extensive renovations. Black and white photos below are©Richard Schofield.

Rachel Kostanian, the courageous director, valiantly keeps alive one of the rare local bastions of public integrity on the Holocaust in Lithuania, having constantly to fend off obstacles. Read Esther Goldberg’s portrait in the special Jewish New Year’s supplement on great Jewish women of the ages in the Canadian Jewish News (8 Sept 2010).  A follow-up article on Rachel Kostanian’s epic struggle for truth in Holocaust history appeared a month later (7 Oct 2010). 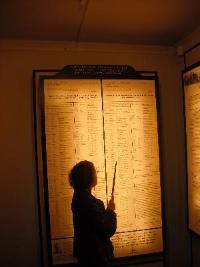 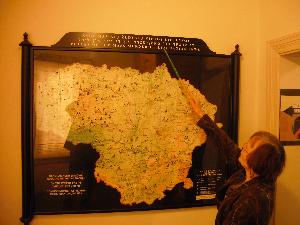 It is a credit to Lithuania that there is one modest oasis of ‘telling it straight’ on the Holocaust, constructed in an atmosphere of tolerance to the country’s tiny and dwindling Jewish minority. It is at the same time a testament to the right of minorities to their historic narrative. The Green House is suffused with respect and love toward the more than two hundred thousand victims, constituting around 95% of Lithuania’s Jewish population. Each exhibit’s main title is provided in equal-status English, Lithuanian and — Yiddish.

In stark contrast to the ‘morbid tourism’ so prevalent in Eastern Europe, the Green House retains the flavor and ethos of the determined Holocaust Survivors who themselvescreated its exhibits with images, texts, memories, excerpts from books, a smattering of actual artifacts, and ample cardboard and glue. They were able to begin work on the project when the collapse of the Soviet Union brought freedom to Lithuania. The Green House is a paragon of authenticity set within a sea of obfuscating mirrors. At the same time it is a noble tribute to Lithuanian democracy.

From the academic and intellectual perspectives — and this can be a lesson to museum curators abroad — the Green House has been a singular case of Low Budget Low-Tech winning out decisively over the newest electronic gadgetry. This is a part of the world where digital juxtaposition, reposition and at-will relativization are occasionally used to obfuscate or diminish the Holocaust in a highly sanitized service to the new far-right moods sweeping the region. The use of individual, potently touchable documents and images affixed to large display boards, each on a distinct aspect, serves to keep each artifact from being recombinated by our era’s wizardry. The ambiance of the old paper, the straight talking message of each little fragment, into which so much love and thought have gone, love and thought of Lithuanian Jewish survivors themselves, are all features that together amount to much more than the arithmetic sum of the parts.

A prime creator of the exhibits at the Green House was Dr Rachel Margolis, one of the heroic Jewish partisan veterans defamed by local prosecutors’ and historians’ antisemitic campaigns against survivors. Dr Margolis, now 88, in Rechovot, Israel, cannot return to Lithuania for fear of harassment by prosecutors and the media, but her picture, her books, and her legacy continue to be proudly on display here. And, like the other victims of the far-right state campaign to rewrite history in an ultranationalist spirit, Margolis has received wide international acclaim, including tributes from the British House of Lords, ADL, and theIsraeli Embassy in Riga. She was honored at an event at Tel Aviv’s Leivick House Yiddish Writers Union last year. The English edition of her memoir just appeared in the United States, and thanks to her rediscovery and decipherment of the Sakowicz diary of the Ponar (Paneriai) massacres, the record of the murder of Vilna Jewry isnow available. In late 2009, a group ofprominent United States congressmenprotested the mistreatment she and other partisan veterans, heroes of the free world, are suffering at the hands of a state apparatus that abuses prosecutorial power in an infamous effort to rewrite history.

Here in Vilnius the Green House has been led — and in a cultural and intellectual sense, 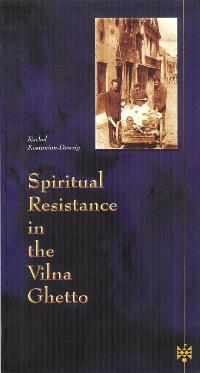 guarded — by Rachel Kostanian, a proud member of the Jewish community who is hailed internationally for her courage and steadfastness in the face of unseemly obstacles placed in her path. Kostanian is the author of important works (including Spiritual Resistance in the Vilna Ghetto, Vilnius 2002). She is a charismatic teacher and guide whose contribution to bona fide Holocaust education in a hostile environment is incalculable. Esther Gilbert’s detailed tribute will appear this autumn in Canada.

But the recent deterioration in the state’s overall tolerance quotient, illustrated by various pages of HITB, has put the Green House in danger. Not that things were ever ideal. The little wooden house is not easy to find, as is the wont of oases, in the midst of the highly visible state-supported jungle of Holocaust-obfuscating institutions such as theGenocide Museum and the Genocide Research Center. There are untoward forces at work to help prevent people from ever finding this place, and worse, to ensure that it does not survive long in its present incarnation.

The Green House has perhaps never been found by chance by a visitor to the Lithuanian capital. It is invisible from the street (Pamenkalnio), reachable by following a bricked uphill driveway and then bearing right at its top. The tiny sign visible from the street is not easy to spot even for someone who is looking for it and has reasonable vision. The petit sign is lost amid a much larger ‘F*ck Me I’m Famous’ advertisement and ample long-standing grafitti, which is not attended to with the same attention accorded other institutions. 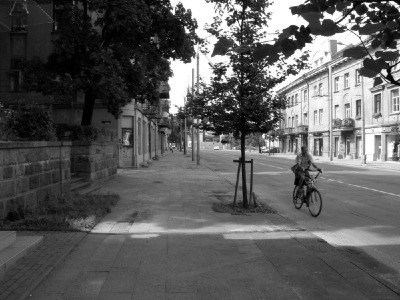 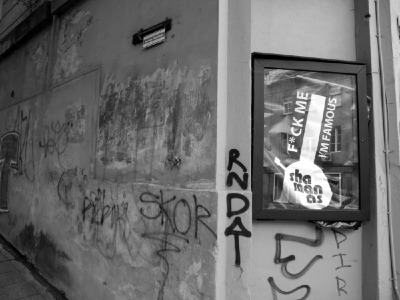 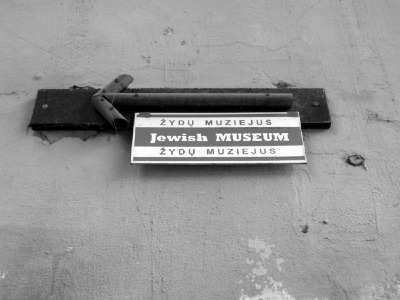 The prominent city tourist signpost at the start of Pamenkalnio Street, a moment’s walk from the Green House, announces not the Green House that is just across the street and a moment’s walk down, but instead, the Holocaust-obfuscating Genocide Museum that is on the parallel Gedimino Boulevard, and that is amply signposted up and down the city center. Mistake? Or message?

But when the Green House comes into view, you are transported to this little surviving authentic Litvak atmosphered island hidden right in the heart of modern Vilnius. 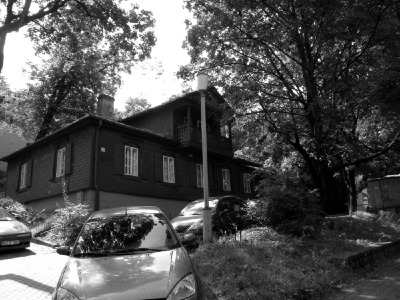 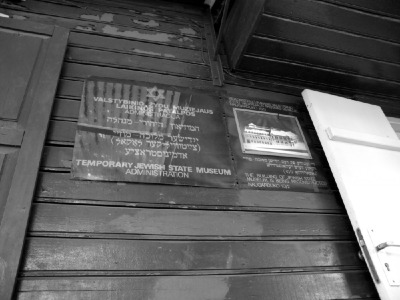 The feeling intensifies when you enter the hallway, and the Litvak-spun warmth of the welcoming exhibits tells you that this place honors survivors and anti-Nazi resistance fighters who have been defamed in recent years. And the small book stall shows that books that tell it like it was are proudly displayed rather than suppressed. One of them is Joseph Levinson’s The Shoah, available in its English and Lithuanian versions. It contains the full text of the original documents in which the L.A.F. (‘Lithuanian Activist Front’) fascists who began the Lithuanian Holocaust even before the Germans arrived put in writing, explicitly, their genocidal intentions toward their Jewish fellow citizens. Mr Levinson, a long-time worker at the Green House, now a pensioner Vilnius resident in his nineties, is an avid reader of this website. 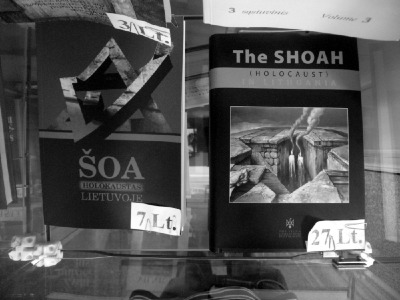 Also on display is the original 2006 Russian edition of Rachel Margolis’s memoir, which was twisted by the antisemitic press and prosecutors in pursuit of their campaign against Holocaust Survivors who resisted. 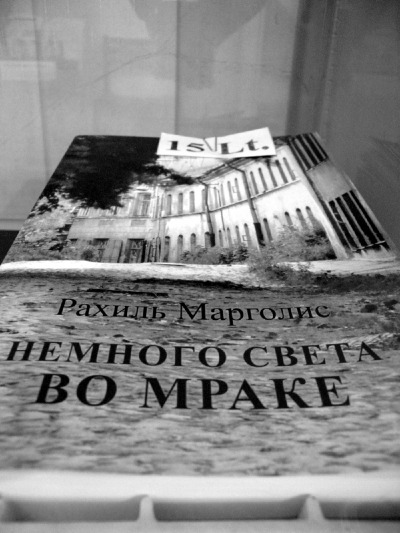 Yiddish is equal. The large-letter equal-status names of each exhibit appear in three languages: Lithuanian, English and Yiddish throughout the Green House. This respect shown to the language of the victims and the culture of Lithuanian Jewry is of considerable symbological significance. The following is a sampling. 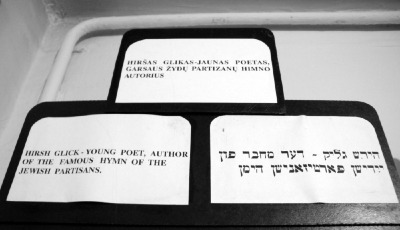 The Green House provides the essential facts about the genocide of Lithuanian Jewry, including the significance of the massive participation of local ‘partisans’. Time and again, it brings directly to the viewer the material from the best sources whether or not they are palatable (Holocaust Studies cannot be made palatable…). For example, the following translated excerpt from the report by Karl Jaeger, head of Einsatzkommando 3, about the murders carried out by 1 December 1941, some five months after the establishment of German Nazi control. 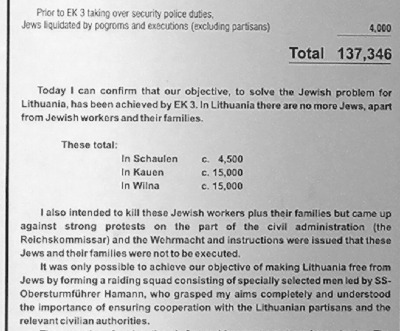 Portion of the chronological tabulation, town by town, in the 1 December 1941 Jaeger Report:

Another example from within that five month period is an excerpt from a ‘Reich Secret document’of Einsatzgruppe A, dated 15 October 1941:

One of the reasons the Green House is so disliked by the ultranationalist establishment here is its bold exhibition of books and films that are standard reading for students of the Lithuanian Holocaust in Western countries. Local students and foreign visitors alike often go away with a list of sources to follow up, sources that go unmenionted in nationalist academic circles here. Over the years, many bold Lithuanian students have discovered in the Green House the Western narrative, and many have been inspired to study these subjects more deeply after seeking out the books prominently displayed throughout its rooms. 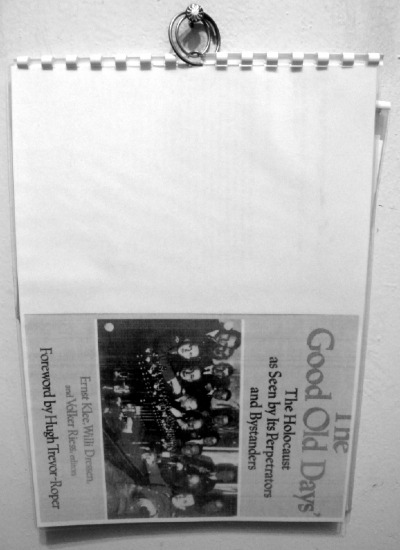 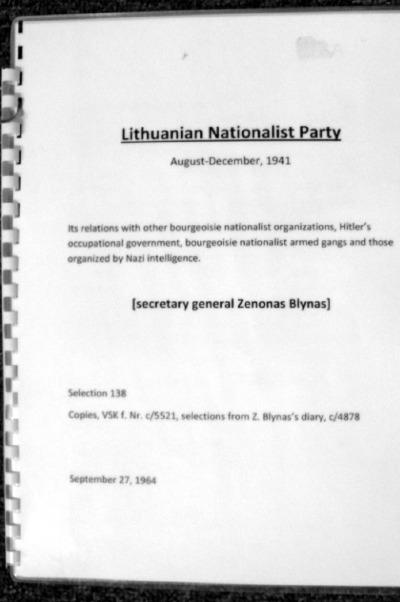 The board dedicated to: ‘Evidence: Extracts from Diaries, Letters, Inscriptions on Prison Walls’. 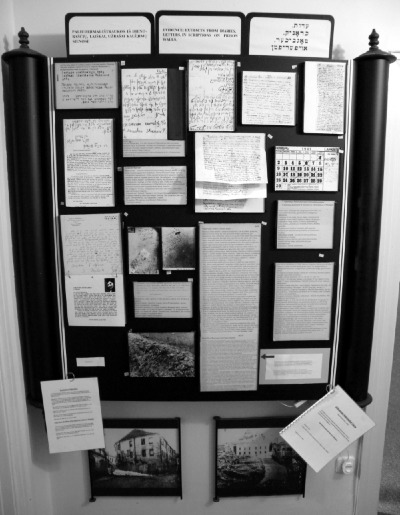 The board dedicated to the Lietukis Garage Massacre of 27 June 1941.

The board on mass murder. 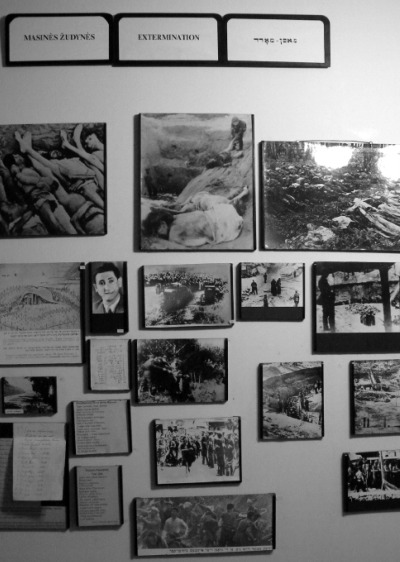 Honoring Jewish partisans. The antisemitic mass media, prosecutors and politicians may go on and on trying to defame the heroic Jewish partisans who escaped the ghetto to join the fight to liberate Lithuania from the Nazis. But here, in Rachel Kostanian’s Green House, their pictures remain in place, gazing proudly and boldly to inspire ever new generations of young people to rise up against tyranny and fight for freedom. 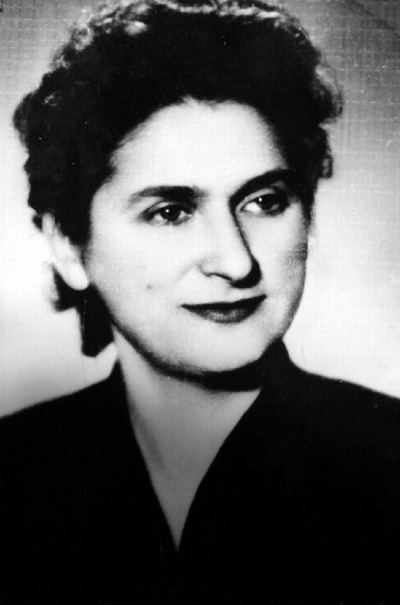 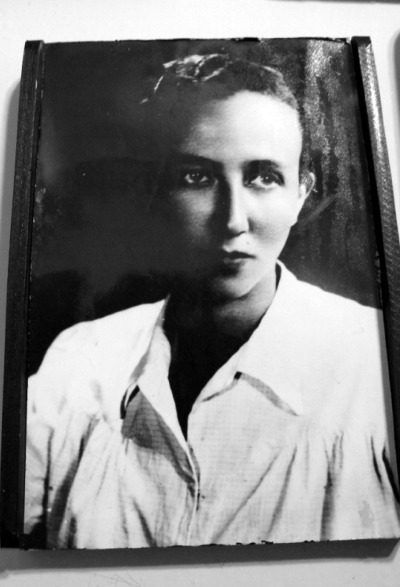 The board honoring the incredibly noble and brave Lithuanians who risked everything to just do the right thing and save a neighbor. As usual, Rachel Kostanian’s Green House has relevant works hanging on old-fashioned metal loops, visible to the left and to the right, to inspire a student of today and tomorrow to go on to study these things. . .