Posted on 28 October 2009 by Defending History 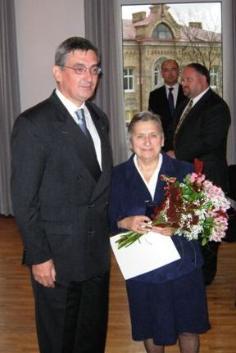 Antisemitic reaction on Lithuania’s main news portal came within minutes of the German embassy’s press release announcing its award to anti-Nazi Jewish partisan veteran Fania Yocheles Brantsovsky, librarian of the Vilnius Yiddish Institute. The award is the president’s Federal Cross of Merit. It was presented to her by Germany’s ambassador to Lithuania Hans-Peter Annen in a ceremony at his embassy in Vilnius. Details at Responses (→ 28 Oct 2009).  [May 2010: Disturbingly, neither Fania’s award nor the antisemitic barrage against her has been mentioned to this day on the VYI website.] 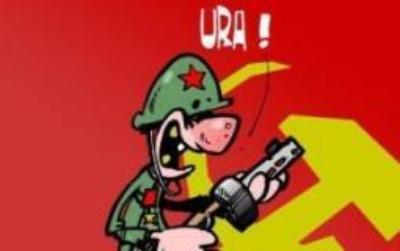 English translation of the report on the Baltic internet portal Delfi, including the remarks of a ruling-party member of  parliament. It appeared with this caricature of the 87 year old Holocaust survivor who had just been honored by Germany’s president. Posted comments that threatened her with violence have now been removed. More details at Blaming the Victims (→ 28 Oct 2009). Daiva Repečkaitė and Milan Chersonski reply.