Posted on 6 October 2019 by Defending History

Four years ago Prof. Dovid Katz asked me to find a Catholic priest or nun who would publicly speak out regarding the fate of Vilnius’s oldest Jewish cemetery. I failed to do so, but in empathy for my friend, I published an article in the web portal “Veidas” and gave academic talks at three conferences about conceptions which would help us appreciate why it would be meaningful to grant the demand by Jewish believers that we forego the Sports Palace and respect the Jewish cemetery which was there. Tonight in fifteen minutes I will present five images of how I imagine this cemetery, what it could mean for us.

The Vilnius Jewish Cemetery as a Harmony of Values, Peaceful Resolution, Spiritual Reservoir, Mountain of Activity, and Heavenly Gate

These five conception will help us interest and inspire residents of Vilnius and friends of Lithuania so they empathize with and support the devout Jews of Lithuania and the diaspora.

I grew up in California, where from childhood I explained to Americans that my land is occupied. We need help to win independence. Therefore, it goes without saying, Lithuanians likewise support other nations, stand up for the abused, defend believers. “Being Lithuanian” is a value, and so I’d want that all, whosoever desired, be Lithuanian. I marvel at Lithuania’s Jews, who have so vibrantly expanded the concept of being Lithuanian. For me, this all comes together in the question, what do we want to see from the Castle of Gediminas? The cemetery of the Litvaks of the Grand Duchy of Lithuania? Or that Soviet Union’s Bolshevik cultural monument, which desecrated the cemetery? 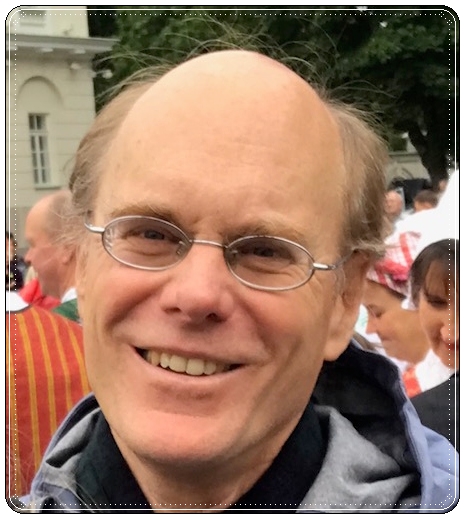 Sadly, we Lithuanians, and Jews and Americans as well, are damaged people. We face our injured subconsciouses. Many Lithuanians, and perhaps even Jews, are attached to familiar Soviet heritage, and resist Jewish heritage, which we find foreign.

Once I thought that we should help Lithuanians empathize with Jews, we should more deeply and broadly understand what it means to be Lithuanian, we should search for shared values. But in studying this I came to understand that our identities are personal and we will not make them one and the same. It is enough to know that there exist Jewish believers, perhaps not even so many, who yet sincerely agonize over the fate of the Vilnius Jewish Cemetery. The more precisely they express that and heartfully remind us what aggravates them, the more clear it will be to all the rest of us, that we must heed them for the sake of peace.

Of course, if one-third of Vilnius’s residents were Jews, as was the case, then we would have already heard them. It is horrible, but our Jews were mass murdered. It is noble, sensitive and right to listen to Rūta Bloshtein, Dov-Ber and Chaya Fried, and other devout Jews, and  to express their concerns in our own words, so that all would understand the importance of the matter. For such a conscious discussion we need to appeal to everybody’s multitude of values.

Similarly, in quitting smoking, it is not enough to have one most important reason. For habit dictates that the subconscious will always manage to exalt the imaginary pleasure. The conscious needs to resolutely apply all arguments, even contradictory ones — that it is expensive, smelly, nonexemplary, unhealthy, unfriendly, unpleasant, rude, sinful — only then will the subconscious give in to reality.

In the matter of the Vilnius Jewish Cemetery, we must ever give priority to our devout Jews, what would give them peace? In peace, our conscious will rightly harmonize all of our values.

I recommend reading architect Christopher Alexander’s book “The Timeless Way of Building”. He was interested in what makes buildings and spaces alive? Why do we feel that modern buildings by professional architects suck the life out of us, whereas traditional buildings nourish us? As a scientist, he would ask us, how do we feel next to the Sports Palace? Does it emanate wholeness and peace? We may differ regarding its appearance, but we will all agree that as a space, the Sports Palace is inhuman, and in but a while it annoys us, depresses us, weakens us, kills us. For the Party and the architects who served it simply thrust upon the environment their blueprints for a hockey rink. Whereas, if the devout Jews of Lithuania and the diaspora agreed amongst themselves, what they most desire, if they spoke with the surrounding residents and gave thought to their concerns, if the cemetery had some greenery, then the harmony fostered by all participants will yield a space that delights us, as a respite from the pressures of everyday life.

The Sports Palace, as a building, was a failure, and fell to rust. It is costly to preserve it and repurpose it. For that same money it would be possible to dismantle it, reestablish the Jewish cemetery, and build somewhere else in Vilnius a new, humane, contemporary convention center. Nevertheless, I imagine that Lithuania’s and Vilnius’s politicians disparage the Vilnius Jewish Cemetery as economically unjustifiable, at odds, in principle, with profit, development and well-being.

Therefore it is important to value spiritual capital, as in the Hill of Cross, the Gate of Dawn, or the Royal Palace. A spiritual reservoir does not accumulate what we have, what is, what exists, but rather accumulates what we give up, what could be, our possibilities. The value of the Vilnius Jewish Cemetery is in its power to hold together very different people, as tonight’s discussion shows. This spiritual reservoir is fed, as if by a spring, by the special faith of devout Jews, that a cemetery is more holy than the bodies buried there. That which is holy cannot become unholy. Over centuries, the cemetery accumulates the efforts of the Jewish community here in Vilnius to live together in harmony with God and with others. Which is to say, we Lithuanians can all walk away to other lands, but devout Litvaks will forever more care about Lithuania’s cemeteries, they will always remember their parentland, Líte, and will be faithful to it. And their parentland, as I know from Prof. Dovid Katz’s books, is the Grand Duchy of Lithuania, whose radiance it is they who have preserved. In the future, the cemetery could be the most obvious, impressive, sincere symbol of our Republic, our nation, and us all that we empathize with Jews, we love them, we admire them, we miss them, we mourn them, like our brothers, the Prussians and Jotvingians.

The Jewish Cemetery could and should signify not the use, not the right, but the gift which devout Jews want most, by which we would express the good heart of the Lithuanians, Poles and Russians of Vilnius, by which we would inspire not only Eastern Europe, but the entire world.

Let us learn from the restoration of the Royal Palace. Let us support dedicated enlighteners with a wide movement, as if a mountain of activity. Professor Rabbi Shnayer Leiman has collected a multitude of photographs and documents, on the basis of which it is possible to recreate the cemetery. Julius Norwilla leads the newly founded Committee. I imagine that the Committee will succeed in fostering appropriate activity within and around the cemetery, so that by prayer, art and other actions, a growing number of participants may develop the cemetery’s possibilities. Hundreds of Litvaks are going to court. Ruta Bloshtein has collected 46,000 signatures. The cemetery’s spiritual reservoir will grow more tangible as an ever larger number of people can contribute through an ever smaller donation or good deed. Recall that hundreds of thousands of people bought the Rūta chocolate factory’s Royal Palace chocolates, contributing one litas to the fund, and sharing with their friends an attractive box of chocolates that presented this endeavor.

Let us comprehend God’s time frames, how He wishes to reveal people’s hearts.

The restoration of the Royal Palace took 30 years, and the reestablishment of the Vilnius Jewish Cemetery may likewise take as long, especially having in mind that our Jews come to agreement which such difficulty. Understandably, we are anxious that construction of the convention center may soon begin. It is most urgent to convince the Vilnius City Council that for one year — this coming year of the Gaon — it halt all further steps, and hear out the devout Jews and understand why we are so upset.

Let us notice that God is not indifferent. For the Soviet Union crumbled, and the roof of the Sports Palace is not sturdier. Entrepreneurs intended to tear down that building and construct apartments upon the cemetery, but architects managed to defend the Sports Palace in the registry of cultural heritage. Most recently, further construction was delayed by corruption or simply greed. Thus let us pray to God: We desire to bear witness that His glory manifests through His miracles.

Professor Dovid Katz emphasizes that in Lithuania there are good relationships between Lithuanians and Jews.

I think the days have past that Vytautas Landsbergis and Emanuelis Zingeris could take responsibility for them. There are matters for which it is immoral to depend on answers from the official Lithuanian Jewish Community, as if we installed it as a Ghetto Council. It cannot speak in the name of God, nor in the name of Vilnius believers. This is a point for understanding Lithuanians to emphasize.

But in the diaspora we must be concerned about Lithuanian and Litvak relationships. The Adolfas Damušis Democratic Study Center is based in the Mažvydas National Library. The Center’s leader Vidmantas Valiušaitis consciously lies in denying the crimes against humanity by those leaders who spoke the will of the Lithuanian people in 1941. Lithuanian American Catholics support him and the Lithuanian American Catholic newspaper “Draugas” spreads his lies. We must appeal to the World Lithuanian Community that it weed out these lies, defend the honor of Litvaks, and make sure that emigre Lithuanians contribute to a symbol of empathy, the return to Jews of the Vilnius Jewish Cemetery.

It is wonderful, that in Lithuania there are Catholics, such as the authors and readers of the Bernardinai.lt web portal, who love Lithuania’s Jews and want to understand us. Nevertheless, as Rev. Gediminas Numgaudis emphasizes, the Lithuanian Catholic Church has been hurt by the evil spirit of antisemitism. Let us urge the Archdiocese of Vilnius to establish a committee concerned about Catholic and Jewish relationships.

Let us pray God, as we prayed today. Our cemetery is His gate, where even with our enemies we can seek the meaning of life. Terrible challenges await us — climate change, artificial intelligence, human ignobility. Let us invite God, that His wisdom embolden us, that we love one another, that we live as a nation of enlighteners.

The Lithuanian text of Dr. Kulikauskas’s keynote address at the September 23rd Day of Prayer on Holocaust Memorial Day for the Preservation of the Old Vilna Jewish Cemetery at Piramónt (Šnipiškės) appeared shortly after the event in Bernardinai.lt. For more on the day’s events see DH’s report.