Posted on 12 March 2015 by Defending History 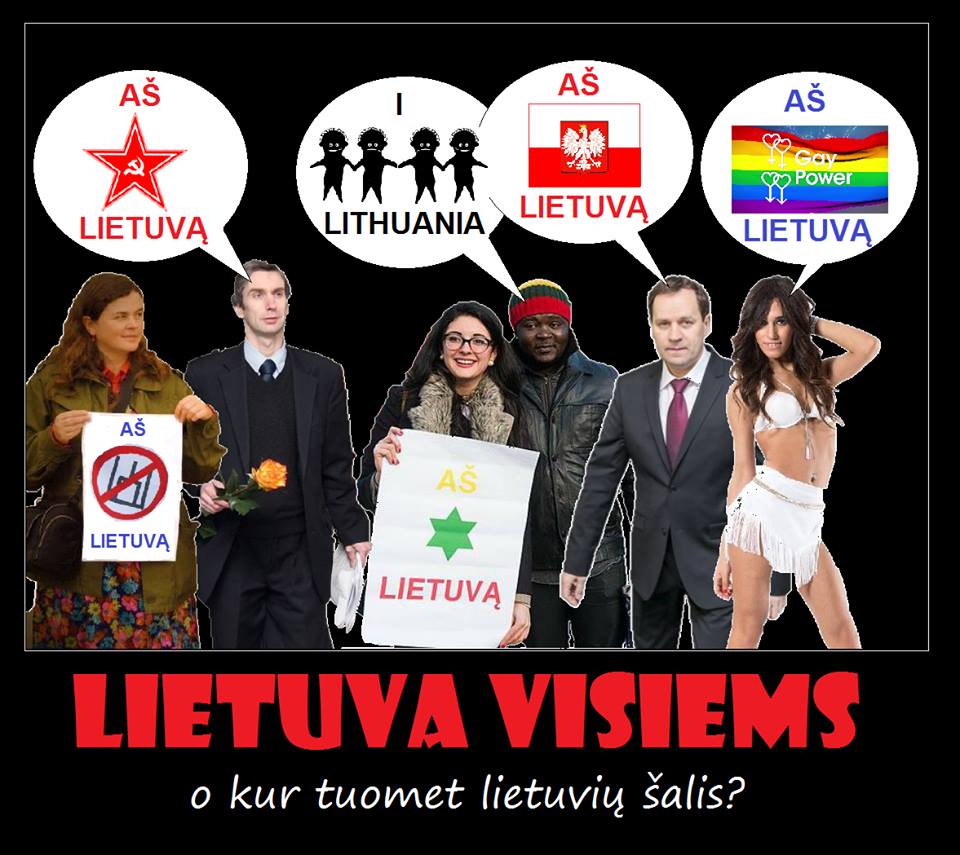 “Lithuania for Everyone. But where, then, is the country of the Lithuanians?” The signs read “I am Lithuania” with symbols interpolated, based on the actual sign (center) carried by head of the Union of Jewish Students at last Wednesday’s neo-Nazi march in central Vilnius.

Will the “Human Rights Monitoring Institute” maintain its usual silence? Where are The Bagels?

The poster’s theme, mocking the inclusivist “Lithuania for Everybody [visiems]” (the common reply to the neo-Nazis’ “Lithuania for Lithuanians” [Lietuviams]) is taken from the courageous anti-Nazi demonstration by the head of the Union of Jewish Students in Lithuania at the city-center neo-Nazi event allowed by authorities on the nation’s independence day.