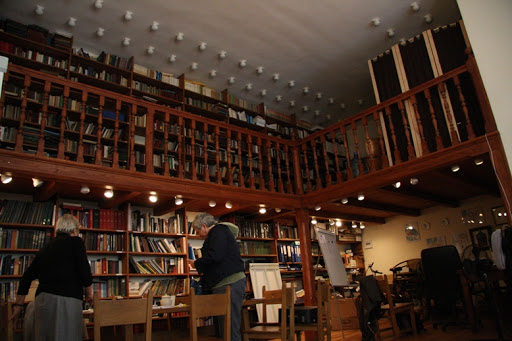 When will the thousands of Yiddish books donated by people from around the world (from 2000 to 2018) to “Vilnius University’s Yiddish institute” be made available to students and readers? Are they being held  at a clandestine location for ransom or leverage by a defunct institute’s machers and schemers? These books were not donated to be hidden away for someone’s private gesheft.

Donors of books should contact Lithuania’s ombudsman for academic ethics without delay.

Individual inquirers have been told that the thousands of Yiddish books are in the control of Dr. Liekis under a theory that they are the private property of the late donor’s heirs in California, Mrs. Michèle Tamar Maullin, Dr. Nathalie Maullin Nathanson and Céline Maullin (Wharton), and will be released once “new donors” are found to “refinance” a real or fictitious “Yiddish institute” in Vilnius. It is vital that all three heirs rapidly and publicly disown any such machinations (they may not even be aware of the misuse of their names in Vilnius) and call for the immediate release of the books to any reliable public library in Vilnius. In any case, the books did not derive from any financial donations for book-buying budgets. They derived from  the hundreds of individuals and Yiddish institutions around the world that were invited to send books as gifts for a permanent Yiddish library at Vilnius University. The name of the university, and particularly its Faculty of History, are at stake for the future too, and they can act rapidly and honorably to remedy the situation.

The first choice would perhaps indeed be Vilnius University Library, an institution with centuries of academic standing. Another would be the Lithuanian National Library which has of late established a Judaic Studies Center and has been digitizing Yiddish treasures thanks to a joint project with the Yivo Institute for Jewish Research in New York City. With two such vaunted libraries in central Vilnius, it seems to some inexplicable that thousands of Yiddish books would be embargoed during the 2020 year that the parliament has proclaimed to be “in honor of the Vilna Gaon and the Jews.” Where exactly are they being stored? At what temperature, humidity level and security? When can the public visit to look at a Yiddish book?

That any individuals would now or ever try to use Yiddish books donated from around the world, ostensibly to “Vilnius University’s Yiddish institute”  as ransom or leverage for future payment is morally untenable and ethically unacceptable. Hopefully the Yiddish library will rapidly be donated, without ruses or Soviet-style attempts at recurrent trickery, to one of the major libraries in the Lithuanian capital.