Posted on 4 August 2015 by Defending History

While serving as deputy chairman  of the Jewish Community of Lithuania in July and August of 2005 I participated in discussions at the Urban Development Department of the Vilnius City Municipality Administration regarding the construction of an apartment building near the Mindaugas Bridge. My own profession is civil engineering. Supported by representatives of the United States Senate, delegates of the American Jewish community demanded that the capital’s municipality halt the construction, as the site of the construction once used to be a Jewish cemetery. 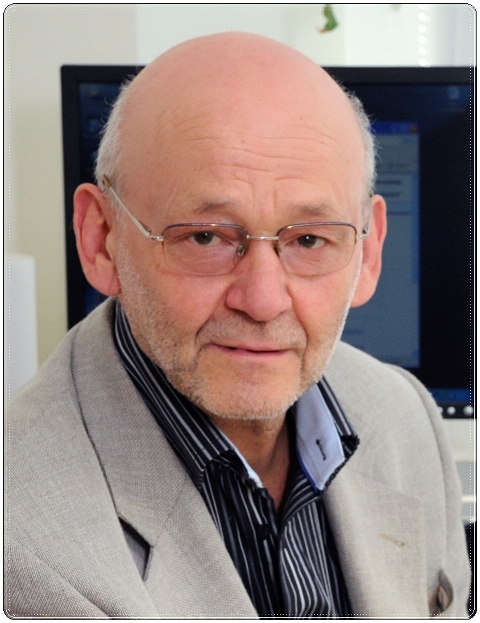 While looking for answers on this issue, I had to research various sources in the literature as well as archival materials. During one of the meetings at the Vilnius County Governor’s Administration, I suggested carrying out a cartographic study of the boundaries of the former Šnipiškės (Piramónt) cemetery territory and the plot of land near the Karalius Mindaugas Bridge (where the construction was taking place) and then comparing it with the archival materials. The suggestion was accepted and the municipal enterprise “Vilniaus planas” subsequently prepared a draft highlighting the boundary changes of the Old Vilnius Jewish Cemetery (which was closed to further burials in 1831).

The draft provided data about land plots registered in the state’s Center of Registries. The boundaries of the Jewish cemetery are marked on the Vilnius city plan of 1808, and the boundaries of the Jewish cemetery (closed in 1831) are marked on the Vilnius city map of 1838. The Šnipiškės cemetery is the oldest Jewish cemetery in Vilnius (it was established in 1487, but the first historical records of burials that are preserved date from 1592). In 1831, as fortifications were being built, the southwestern part of the cemetery was destroyed under the Russian Tsar’s orders. In 1878 these fortifications were demolished. As part of the preparations for the National Song Celebration in 1950, the Žalgiris Stadium was under reconstruction, and the Šnipiškės cemetery was once again subjected to considerable damage: graves were massively destroyed, tombstones were demolished. Even though the land plot of the apartment building on the draft did not reach the boundaries of the cemetery of either the 1808 or 1831 plans, I resolved to sign the draft neither in disagreement nor in approval, but merely marking it as read.

Incidentally, other participants in the meeting (among them were the Advisor to the Prime Minister and the contractor’s representative) signed the draft in the same way. I cannot say what guided the other participants, but as someone who knows that according to Jewish laws activities of any kind are forbidden on a cemetery land plot, even on an inactive one, I could not act otherwise. The documents submitted for consideration stated that the cemetery boundaries in 1808 did not reach the boundaries of the apartment building plot; however, at that time it was unclear what the U.S. delegates’ reasoning was. The chairman of the Lithuanian Jewish Community of the time remained “neutral” on the subject, while Jewish people around the world and representatives of religious communities in particular expressed their discontent regarding the construction. The buildings, however, were completed nonetheless.

Having read books available in Lithuania and various archival documents (legal acts relating to the Šnipiškės cemetery land acquisition, rulings, agreements and decrees), I know that there are cemetery plans from different time periods. I know that the central part of the cemetery is defined and described, and the graves are marked and described too. Jews who had been glorifying Vilna for hundreds of years are buried in the Šnipiškės cemetery. It is because of them that to this day the city is called the Jerusalem of Lithuania. Among those buried is the Gaon of Vilna, Eyliyóhu ben Shlóyme-Zálmen (Elijah ben Shlomo Zalman). As many as twenty graves are allocated to him and his family members (his parents, brother, wife, son, and others).

In 1997 the Šnipiškės cemetery territory was scrutinized in preparation for a partial reconstruction of the Vilnius Palace of Concerts and Sports and structure development. The company “Jungtinės architektų dirbtuvės” requested that the Monument Restoration Institute prepare the conditions for monument management. One section of this document titled “The Historical Development of the Territory” states that “in 1938, by the decree of the Minister of Internal Affairs, Vilnius was divided into the Old Town (preserved), six zones allotted for urban structure development, and non-building areas. Speaking about the Žvejai and Piramónt territories, according to a detailed plan of the development of Vilnius, the right bank of the Neris River was to be used for “green belts,” boulevards and sports equipment (right up to the former Tuskulėnai Bridge). Among the appendices of the monument management conditions there is also a ruling made on 15-16 May 1995 by the Board of the Lithuanian Jewish Community and the Vilnius Jewish Community Council “regarding the construction of a shopping center on the territory of the former cemetery”. It was signed by the chairman of the Lithuanian Jewish Community of the time and stated the following: “To allow the construction of the shopping center on the condition that the buyer (the Vilnius Palace of Concerts and Sports) in accordance with procedures and at their own expense collect and rebury any remains found during the construction.” As I have already mentioned, there are no such “procedures” – there is a Jewish law that forbids any kind of activity on a cemetery land plot, even if it is inactive.

In 2007 the Šnipiškės Jewish cemetery once again became an object of public discussion in connection with the projects “A Multifunctional Culture Center: Jonas Mekas Visual Art Center and “The Hermitage/Guggenheim Vilnius Museum.” A new exclusive “success story for the new Europe” was prepared. According to the project, the Vilnius Palace of Concerts and Sports was to be demolished and the new center was to be built instead. It was even intended to bring joint expertise of Lithuanian and foreign archeologists and historians. Apparently, the expertise was not necessary, as there was no doubt that the Vilnius Palace of Concerts and Sports was in fact built on the territory of the former Jewish cemetery. That was clear not only to representatives of foreign Jewish communities, but to our experts as well. Nevertheless, on 26 August 2009 the chairperson of the Lithuanian Jewish Community, A. Alperavičius, and the chairperson of the Vilnius Jewish Community, F. Kukliansky, signed a protocol, in the appendix in which they pledged on behalf of the Jewish community to “oversee” if need be, the reburial of the remains that may be unearthed during construction.

Now that the Lithuanian Government has decided to revive the Vilnius Palace of Concerts and Sports for conferences and concerts, and the Lithuanian public knows that this palace was at the very center of the cemetery’s territory both in 1808 and 1831 — that when burying, we all, not just Jews, wish the deceased to rest in eternal peace — I do not support the position the Lithuanian Jewish Community has taken on this subject.

I do not suggest demolishing the Palace of Concerts and Sports, as from the point of view of architecture and construction solutions, it is part of our heritage of construction development. I know that far more non-Jewish cemeteries have been demolished in Vilnius, and other buildings (like the Civil Registry Office) and streets (Rasos) have taken their place virtually without reburials. And our public accepted it. Some people gladly make use of it, claiming that there have been precedents. However, I suggest that we finally reflect on it, think about it, initiate a public discussion on the subject, and each try to form our own opinion. Lithuania’s history is very rich, and the contribution of all the people who lived here and worked on its behalf is an important part of Lithuanian culture.

We want to be respected, we claim that we are a civilized, cultured country, so let’s respect the past, let’s not “remake” history, let’s not put out  half-truths because these equal lies, let’s be tolerant of other opinions and standpoints. Let’s hear the voices of the world’s representatives, who are competent, educated,  understanding, yet who do not always agree with our plans. Let’s appeal to their representatives too, form a joint commission (working group) to prepare a project for a proper arrangement of the Šnipiškės cemetery territory and to settle on a fitting functional purpose of the extant Vilnius Palace of Concerts and Sports building.

In the end, there is the Israeli governement, which respects and manages to combine the positions of religious people and the needs of a modern and highly developed country. Let’s consult its representatives, especially now that we have an Israeli Embassy in Vilnius.