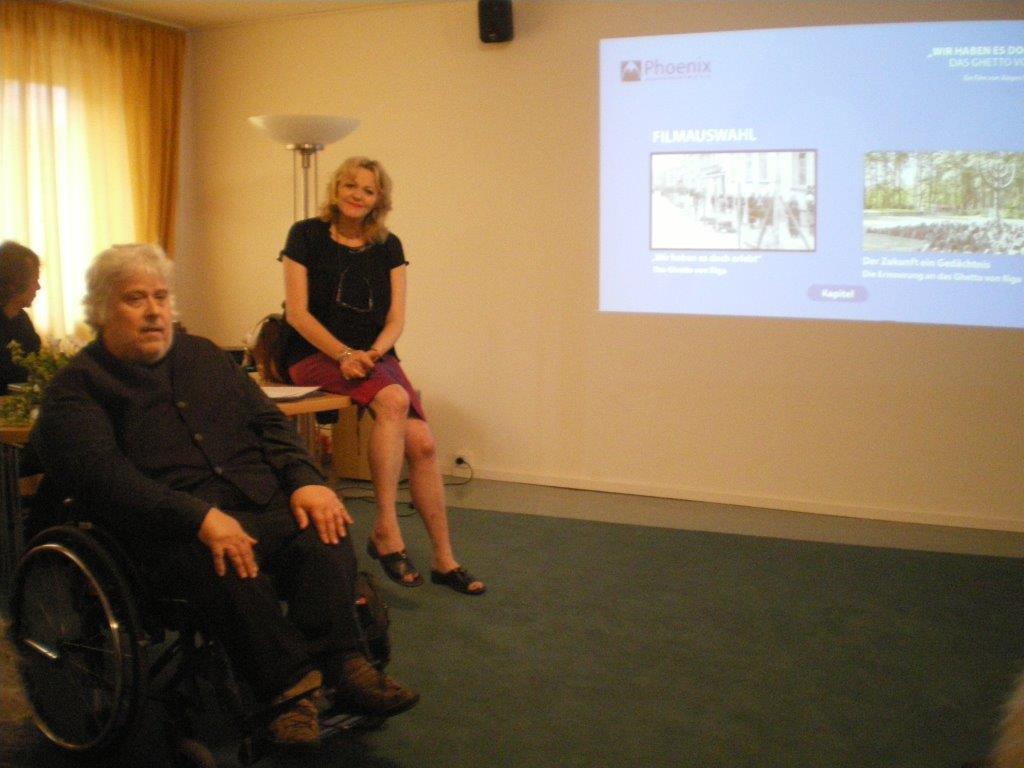 The English version of the film, We did survive it! The Riga Ghetto, will be released later this year. Apart from being a translation of the German film, there are additions in the English version. These include footage of this year’s annual Waffen SS march in Riga, Latvia’s capital and the city this year designated as “culture capital of Europe.” More information on the film and a number of clips are available online.

There are interviews with former Latvian SS, as well as with Dr. Efraim Zuroff of the Simon Wiesenthal Center who protested at this year’s march. One of those who had joined him for that protest on March 16th, the eminent historian Dr. Hans Coppi, also attended the film’s début. Among the others present were my parents and other relatives, and Professor Leslie Brent, an immunologist and zoologist, who is himself a former orphanage boy whose parents and sister were all sent to the Riga Ghetto in 1942 and murdered in Latvia.

The new film covers the little understood Latvian chapter of the Holocaust. Between November 1941 and October 1942, 24,606 Jews from the “Deutsche Reich” (Germany, Austria, and Czechoslovakia) were deported to Riga. Four and a half thousand of them were shot on arrival. The rest were sent to the Reichsjudenghetto and Jungfernhof. Before the “Reichsjuden” had been deported eastward to Riga, in order to make room for the new arrivals, some 27,000 Latvian Jews out of 30,000, who had previously been incarcerated in the Riga Ghetto (from August 1941 onward) were, over just two days, shot by the Nazis and their many willing Latvian collaborators.

Of the 24,606 Reichsjuden who were deported to Riga, 1,073 survived . In the new film, German and Latvian interviewees speak out for the first time about the massacre of the Latvian Jews, the living conditions in the ghetto and the means of survival for the minority that succeeded in doing so. 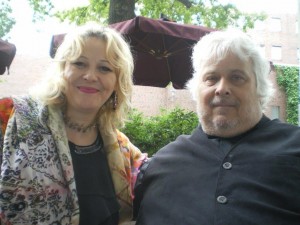 My speech (translated from German):

Firstly, I would like to thank Prof Peter Alexis Albrecht, Karin Manns and Juergen Hobrecht for making this afternoon possible. It is completely fitting that this film viewing of the Riga Ghetto and extracts from the English version which I translated this year and am the narrator for should be shown today the 29th of June, for on the June 29th, six days after the Holocaust started in Latvia on the night of 23 to 24 June 1941, the Nazi invaders started forming the first Latvian SD auxiliary unit in Jelgava, groups of men who would later brutally murder 95.6% of Latvian Jewry and a further 24,600 German Jews from the Reich, a number of whom were the parents of the children who were placed into the Juedisches Waisenhaus here in Berlin.

As a historian, working on this ground-breaking documentary has been deeply significant and as the only living Loewenberg (in Latvian: Levenbergs) alive today, aside from my father, from all my father’s Latvian Jewish family, it is a a privilege and a duty to speak out for them when they cannot.

For many years I had not really considered that I was part Latvian Jewish. For me that whole part of the world seemed closed off behind a curtain, a world inhabited by ghosts and things too dreadful to think about.

My parents and I knew that dad’s brother Paul Loewenberg, born 20 January 1922, had been sent to the Riga Ghetto age 19 in 1941 but that is all we knew. When my grandfather’s factory was taken away from him and my grandmother could no longer get work as an opera singer or violinist here in Berlin, Paul had been offered, along with my father, a home here in the Juedisches Waisenhaus. It was a cruel act of fate that being just eleven months older than my father Paul could not manage to get to the UK with the ORT school in 1939, as my father did, but instead went on Jugend Aliyah with a view of getting to Palestine. On leaving Berlin, Paul first went to work on a farm in Denmark and then on to Riga.

In 2011 I went to Riga and spent three days in the state archives with the intention of establishing once and for all what had happened to the Levenbergs part of my family. It was a cruel act of fate that my uncle Paul, born in Halle an der Saale in 1922 should on the 4 October 1941 find himself in the Riga Ghetto alongside many other Levenbergs, all his cousins and all unknown to him until that time.

In his last letter to my grandmother Paul wrote the following. His words, like those of the survivors in this film, have stayed with me ever since I first saw and heard them.

I have just found out that one can write letters from here to England. As I haven’t heard from you for such a long time, I’m sending this letter to you by airmail and I’m awaiting a reply by return of post. You might be wondering why you are hearing from me in Riga. I have been living here now for the past two- three months. My exact address is:

Please write to this address soon as I am eagerly awaiting a reply from you! I feel quite well here, I work and earn my living. I’m expecting Vati to arrive soon. It’s my only comfort that Vati is coming because then I won’t be so lonely anymore.

I’m always thinking about you dear Mami! How are you? I hope that the address at Dr. Whelen at Horton Hospital is still correct. According to that address I am sending this letter to that address. I beg you once more to answer as soon as possible, by airmail! I’m longing to hear from you. How is Ernst? Best wishes to him and tell him that he will hear from me soon.

Dear Mami, I’m so happy that I can finally write to you. My heart is full of worries due to the long separation. Can I even hope to see you again?

How happy I would be if I could be with you now. In my thoughts I am always with you dear Mami! Once I hear from you, I’ll give you more details about myself. Until then this short greeting.

Many hugs and kisses, your loving son who always thinks of you!

Marianne Loewenberg replied to her eldest son Paul Loewenberg 31.12.1940. She never received another letter from him. 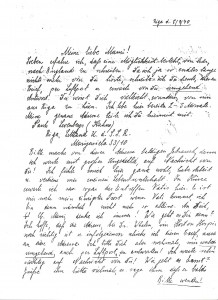 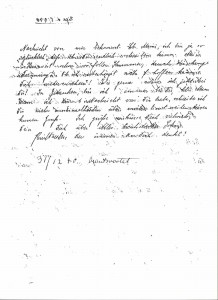