Lipke’s List: Story of an Inspiring Latvian Rescuer Who Risked All to Do the Right Thing

Posted on 10 December 2020 by Defending History

Under the Nazis the Jews had not the right to live. Under the Soviets they had not the right to publicly commemorate the victims of the Holocaust as Jews. In the Baltic States the fate of the Jews during World War II had not only been harsh, it had led to over 95% of their population being killed in front of open pits, in the ghettos, in work details, in camps, by bullets, beatings, hunger, exhaustion through work, or by mere sadistic arbitrary acts of killing.

In the sixties, some Jewish activists living in Latvia, mostly in Riga, became interested in recording the history of the Holocaust in their native country by interviewing survivors and preserving the memory of what happened during these terrible times. They had to act secretly because the Soviet authorities and the KGB frowned upon Soviet citizens who considered themselves Jews as well as Soviet citizens. 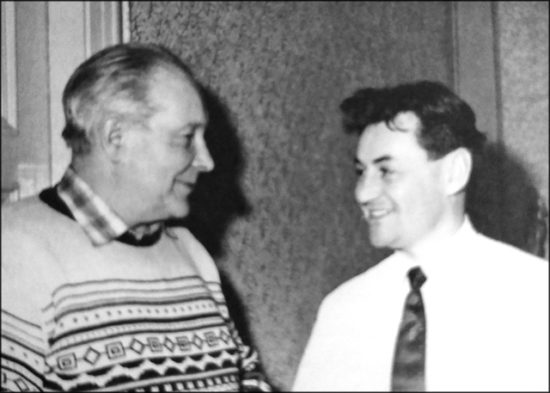 Lipke with Silberman in the 1960s

David Silberman was one of those courageous people who collected testimony from survivors of the Holocaust (they call it The Catastrophe). But, among all the persons he saw and interviewed, there had been a name that kept coming back and it was not the name of a Jew. In his own words:

“I had heard much about Žanis Lipke even before. It was rumored that during the German occupation he had helped people escape from the ghetto, thereby sparing them being shot or being sent to concentration camps, which also signified certain death. There was no documentation, but according to our estimates, Lipke and his assistants managed to save 54 people. As we collected testimonies, I not only learned the unusual fates of the rescued but found out much about Žanis Lipke himself.”

David Silberman wrote and published the history of Žanis Lipke under the title Like a Star in the Darkness (published in Latvian, Russian and English). That title was self-explanatory. In the words of David Silberman

“It is important to note that the extermination of local Jews was left to local collaborators (…) It is therefore all the more important that information about the heroic rescuers of Jews who courageously acted at the time of Nazi madness should reach both our contemporaries and the next generations.”

David Silberman’s role as a historian and amateur researcher had been recognized by Serge Klarsfeld – the well-known French Nazi-hunter – who in his foreword to his publication in French, in 2011, of David Silberman’s “И ты это видел” (“And You Saw It”) wrote (here translated into English by the present author):

“David Silberman has been a pioneer in the historical research that does not belong solely to the academic historians; but it also belongs to the people, benevolent and enthusiastic, who, in rescuing the victims’ accounts, nourish and bring the specialists’ works closer to the human.”

Now under the aegis of the Žaņa Lipkes Memoriāls and with the support of the Ministry of Culture of the Republic of Latvia and the Riga City Council, a book in English, entitled Lipke’s List has been published about the courageous acts of this extraordinary Latvian Christian who dared defy the Nazis at the risk of his own life and that of his family and assistants. And Latvia has also recognized the extraordinary role that David Silberman played in collecting and preserving the memory of what had happened during WWII in Latvia and the Holocaust because the 1st part of “Lipke’s List” (pages 14 to 142 included) is devoted to the book he published under the title of Like a Star in the Darkness. 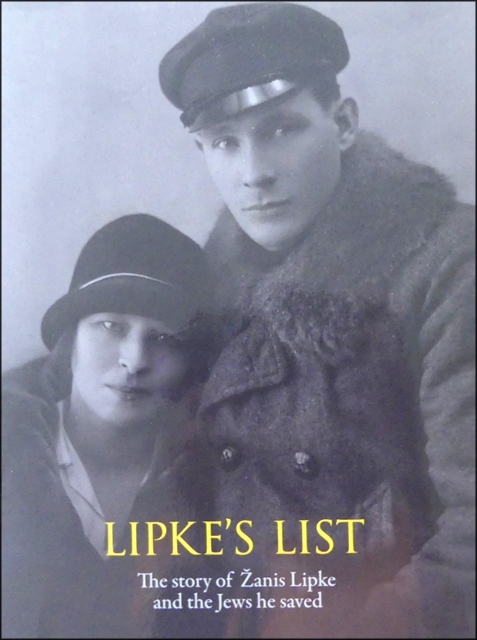 Now that antisemitism surges again in many East-European countries as well as in Western Europe, it is not only interesting but important and even essential to know that even during the worst period in a country when and where almost everybody bowed under the dominant Nazi winds, there had been courageous men and women who defied the inhuman authorities, who defied the prevailing laws and measures, and listened only to their heart and conscience, despite all odds.

This is the essence of what Man is made of: this capacity to distinguish between evil and good and to act accordingly.