At a public event last month, speaking of the painfully disputed monument glorifying Latvian Waffen SS forces in the Belgian town of Zedelgem, the Latvian  Acting Under Secretary of State Atis Lots  proclaimed that ” an erroneous interpretation of those historical events has appeared in the Belgian media”, and he called on the Ministry of Foreign Affairs of Belgium to engage with the Zedelgem municipality in the resolution of the problem.” {cf. picture}. Although 4 leading Belgian French and Dutch-speaking newspapers and a weekly agreed that the “Zedelgem Beehive” is a prima facie monument to Nazi forces, the official statement from the MFA in Latvia implies that the monument will remain untouched.  It is, in fact, a tribute to the Waffen SS, considered to be war criminals  by the free world. 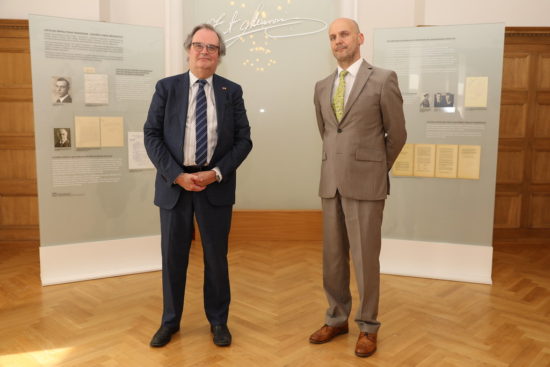 From left: Belgian Ambassador Hugo Brauwers and Latvian Under Secretary of State Atis Lots at the July 15, 2021 public event at which the Under Secretary extolled his nation’s Waffen SS.

There has been extensive PR hype from Latvian writers and historians in order to exculpate Latvia from all blame except for the villainous acts of the Arajs Kommando. Sometimes, these pseudo-historical demonstrations were not devoid of antisemitic slurs or bias {see ‘Holocaust folklorists’} as for example in this book published in 2005, of which Valters Nollendorfs was copy editor (the same Nollendorfs who gave the speech in Zedelgem in 2018!). Master doubletalk apologist historian Andrew Ezergailis denied “whitewashing Latvians” (page 195) but rejoiced in naming the true falsifiers of history, claiming as usual that any who state the known and accepted narrative must be KGB lackies of one sort or another.

One of the most disturbing aspects of present-day Latvia is that although many  Latvian Nazi collaborators espoused Hitler’s genocidal conflation of Bolshevism with the Jewish people Jewry, in Mein Kampf as well as in the infamous addressto the Reichstag on 30 January 1939), the conflation is one that continues to occur in twenty-first century Latvian (and other Baltic and East European historiography, often cleverly presented to appear neutral or mainstream. 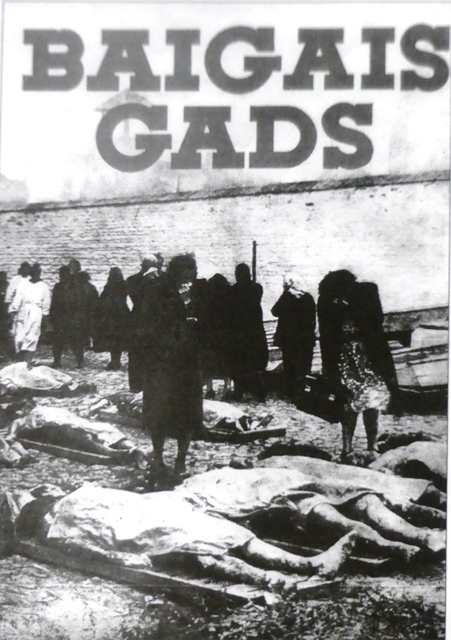 Cover of the blatantly antisemitic pamphlet “Baigais Gads” of 1942, reprinted in 1998 and 2002 for modern audiences.

Is it not high time that the European Commission investigate Latvia for its continuous public, state-sponsored worship of men who were deemed criminals of war by the Nuremberg Trials of 1945/1946, for allowing blatant antisemitic propaganda and Nazi-inspired rags to be published  in a form designed to deceive foreign readers, without ever holding their publishers and authors to account? And, indeed, for officially defending the idea of a Nazi monument in honor of convicted criminals of war to continue to stand in the heart of the European Union  in Belgium?

This entry was posted in Herberts Cukurs, News & Views, Zedelgem in Belgium. Bookmark the permalink.
↑ Return to Top