Impressions of the Conference on “Antisemitism, Radicalization and Violent Extremism”

Posted on 2 October 2015 by Defending History 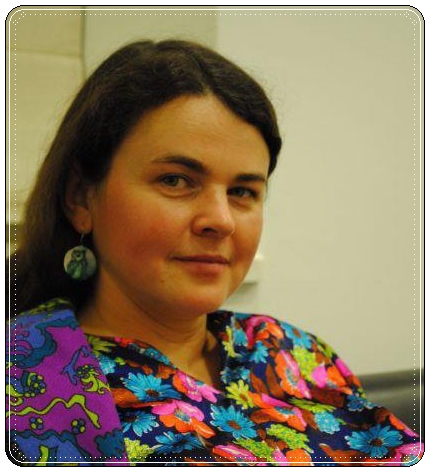 A few days before the international conference on “Antisemitism, Radicalization and Violent Extremism” [DH report here], held at the Novotel on Vilnius’s central boulevard Gedimino on 30 September 2015, a friend’s acquaintance came from the United States to look for her ancestors’ Litvak heritage:  the house in which they lived, the street on which they walked.

She said she did not find anything because the relevant archives in Kaunas no longer existed. Instead, she showed us pictures on her iphone of a pavement made out of crushed Jewish gravestones.

Looking at the photo of the continued use of the crushed gravestones, she said “This is very much an instance of antisemitism,” something she repeated more than once during our discussion.

And I agree with her.

Therefore, I awaited this conference with serious expectations, hoping to hear something new and constructive.

The conference was organized perfectly: convenient location, delicious refreshment breaks, professional moderation, but a severe lack of quality content. Content that is adequate for the current situation concerning the actual subjects of the conference.

Last year, one horrified activist visiting here from Berlin talked about developments in Europe, about the right-wing, ultra-nationalist activities both in Berlin and in other EU regions metropolises. She even joked then that activists considered to be on the left of politics on human rights no longer know where to run.

Listening to some of the speakers, one had the impression that the world of academia was monitoring the real world only through the window of a university building or the screen of a computer. There is no understanding that there are activists in the real world whose work and livelihood are threatened for speaking out, who may be harassed and intimidated on the street. It seemed that these academics had never been exposed to any confrontation.

There was a severe lack of reporting, analysis and insight about antisemitism in Lithuania and East European countries. In the future it is essential to boldly and loudly talk about actual local and regional antisemitism and its emerging new forms. Yes, Holocaust Denial is a sensitive subject, but the Holocaust is something that Lithuania tries hard in real life not to discuss or to divert attention from. There are massive efforts to remove history and submerge it into oblivion. In that context, it is even more important to raise questions about the destruction, expropriation, exploitation and misuse of the Litvak heritage, efforts themselves part of a very real regional form of antisemitism that is little understood or discussed in the West.

The conference had very interesting talks by foreign lecturers on Islamic radicalism, but there was not even a single mention by any speaker of the revival of “Black Hundred” grade racist ideas in Russia or the neo-Nazi marches in the capital of Lithuania.

After I wrote on my Facebook page that I had attended a conference on antisemitism, radicalism and violent extremism,  I returned home to find once again, as has happened so often, to find ultranationalist thugs spit at me or my car windows. A trifle, perhaps, but it has to affect one’s nerves when it happens consistently for years, and is supplemented by threatening messages left on your cellphone and Facebook page. I can report frequent shouts of “Hey, Feminist!” (with the operative connotation of “whore” or “immoral female”). This constant bullying, harassing, marginalizing and disemploying human rights advocates here really needs to become a subject for academics’ conferences on human rights here. It should also become a subject of concern to the organs and authorities who are supposed to be building an inspiring, open, democratic, free society. But it seems that we return after human rights conferences right back to the culture of being spat upon.

Both human rights activists and marginalized people go through this kind of maltreatment on a daily basis. But the academic elite that lives in the comfort zone seems wholly uninterested in the unbearable atmosphere in play for the “others” here.

I want to believe that such problems as antisemitism, radicalism and violent extremism will become objects of comment and study by the academic community, and objects of concern for those in power who care about changing the status quo for the better.

Editor’s note: In September 2012, Ms. Kiurė was one of the leaders of a dignified, peaceful protest at Vilnius University’s opening of an exhibition of the works of an antisemitic, racist and homophobic “envelope artist.” The official human rights (and international Jewish) organizations did not publicly comment at the time.