Hundreds of Holocaust survivors in the UK were invited to the 5 May 2014 Prime Minister’s Holocaust Commission Survivors’ Consultation Event. Greetings from Prime Minister David Cameron and Prince Charles were distributed at the Wembley Park event to the survivors and their families. 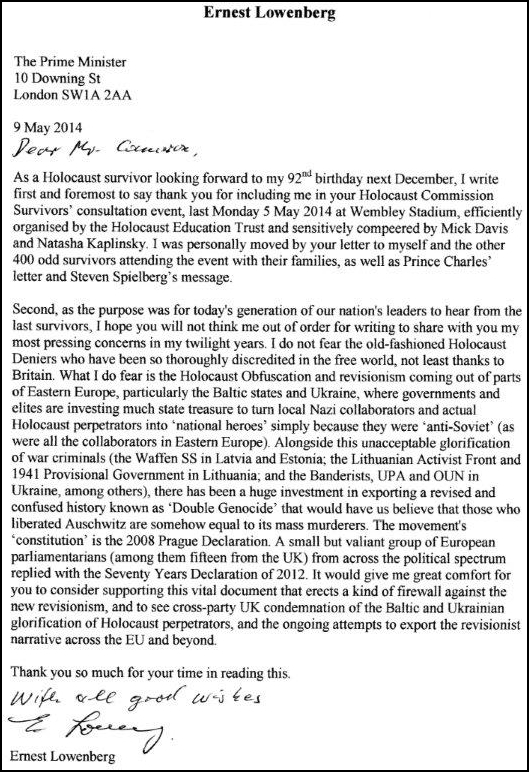