VILNIUS—There were three observers present at this morning’s Vilnius County Court hearing in the case over the Old Vilna Jewish Cemetery at Piramónt (in the Shnípeshok / Šnipiškės district): Ruta Bloshtein (author of the international petition that has garnered 52,000 signatures), Edmundas Kulikauskas who has appeared at a number of “Gerbkime kapines” (Respect Cemeteries) events supporting the cemetery’s preservation, and Arkady Kurliandchik, elected board member of the Vilnius Jewish Community.

“Defending History was there”

The attorneys for Turto Bankas expressed their impatience and dissatisfaction with the case’s continuation, which they pointed out further postpones the onset of building works on site. The judge, for her part, was concerned about the apostillary status of the affidavits received as well as an original of the classic prewar map of the cemetery appended by scholar Joseph Klausner to his 1935 book on the subject. At last week’s hearing, reported on in DH and the Algemeiner Journal, star witness Prof. Josif Parasonis, one of Lithuania’s major specialists in building sciences and a cofounder of the current Vilnius Jewish Community, pointed out that the Historical Institute in Vilnius had, in its report, carelessly superimposed the Klausner map on modern maps, falsely leaving the Sports Palace building outside the cemetery, and, Prof. Parasonis pointed out to the judge, serving to place many of the historic graves, ridiculously, right in the middle of the nearby river (the Neris, known also as the Viliya).

The judge, who also called for the plaintiffs to present proof of their descendance from persons buried in the cemetery, adjourned the hearing to 24 November.

Once again, the presiding judge was the Hon. Aistė Petravičienė. Attorneys for the 100+ class action plaintiffs (persons internationally calling for their ancestors graves to be preserved and respected) were again the husband and wife team of attorney Modestas Sriubas and Salvija Sriubienė. Turto Bankas, the state-sponsored property bank determined to erect a convention center and annex in the cemetery’s heart, was again represented by attorney Ernestas Knezevičius and the head of its own Project Unit, Karolis Maželis.

Meanwhile, an issue from the previous (1. Oct) hearing came to the fore in a (5. Oct) Jerusalem Post article on the Lithuania government’s  public mockery of the chief Litvak rabbinical court in Israel that has ruled against desecration of the Old Vilna Cemetery by a convention center an annex. The Lithuanian government, using its embassy in Tel Aviv as mouthpiece, has been claiming that the highest Litvak rabbinic court  in the world (whose co-signatories are proud to carry forward today the place names of their Lithuanian origins) should only speak about local divorce and child custody cases. In a bizarre twist, the government, which invests much in Lithuanian Jewish culture and commemoration, accepts mechanically the acquiescence to building-in-cemeteries projects permitted by the anti-Litvak Hungarian-origin rabbis in London who stand accused of a cemetery selling racket in Eastern Europe. 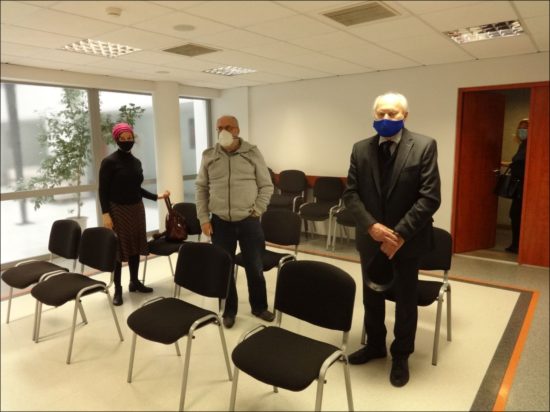 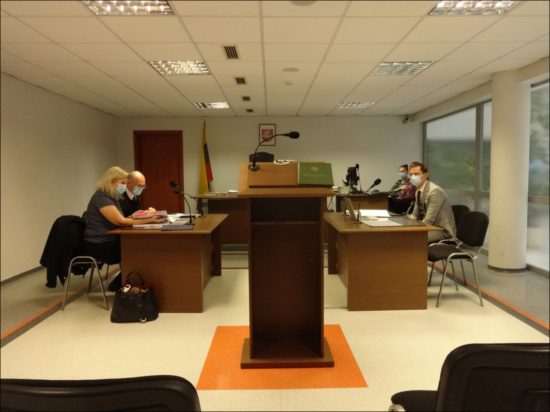 Waiting for the judge to arrive 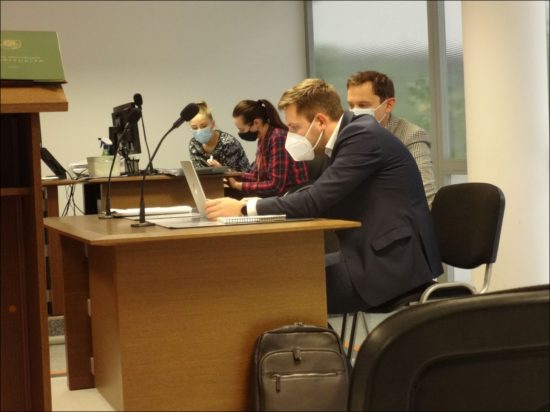 Attorneys for Turto Bankas, the state property bank spearheading the project to build a national convention center and annex in the heart of the Old Vilna Jewish Cemetery 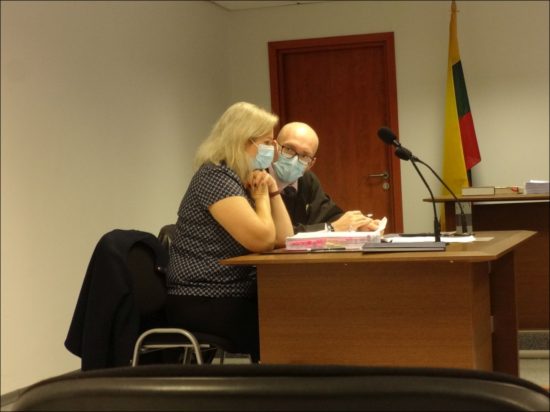 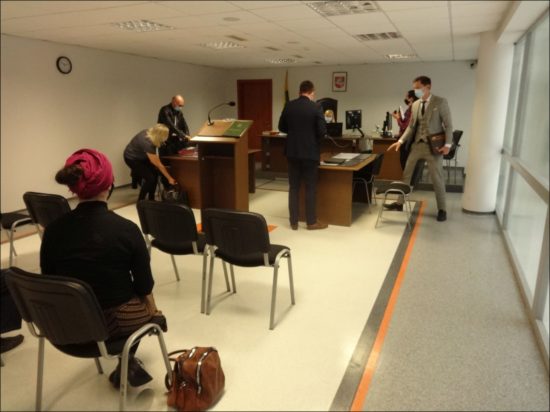 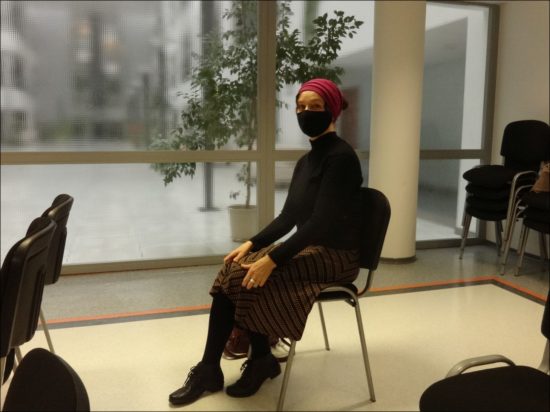 Ruta Bloshtein, author of the international petition that has attracted 52,000 signatures to date, was one of the observers