At an event today in Tel Aviv the director of the Simon Wiesenthal Center’s Israel office, Dr. Efraim Zuroff, hand-delivered a letter of protest to the Lithuanian ambassador to Israel, HE Asta Skaisgirytė Liaukšienė.

Dr. Zuroff’s letter (PDF here, and reproduced in full below from facsimile transmission), in addition to noting the neo-Nazi parade held with police help in the center of Vilnius, the Lithuanian capital on March 11th this year, and the ongoing “investigation” against former Yad Vashem director Dr. Yitzhak Arad, emphasizes the shocking events earlier this month, when police in Vilnius came looking for two Jewish women Holocaust survivors and heroes of the Jewish partisan resistance against Nazi Germany, Dr. Rachel Margolis and Ms. Fania Yocheles Brantsovsky.

Noting that Ms. Brantosvsky had been honored by the American ambassador to Lithuania, HE John Cloud, just over a week earlier, for her contributions to the war to liberate Lithuuania from Nazism, Dr. Zuroff concludes that

“I want to point out that we have every intention of exposing and responding to this malicious campaign against innocent heroes of the anti-Nazi resistance whose only ‘crime’ was to fight against the occupiers of Lithuania who sought with the help of local collaborators to annihilate the Jewish people.”

To the best of our knowledge, Dr. Zuroff’s letter represents the first protest in writing against the disquieting events in Vilnius. [Update of 19 June 2008: The Jewish Community of Lithuania and the Union of Ghetto Survivors subsequently issued a statement of protest.] 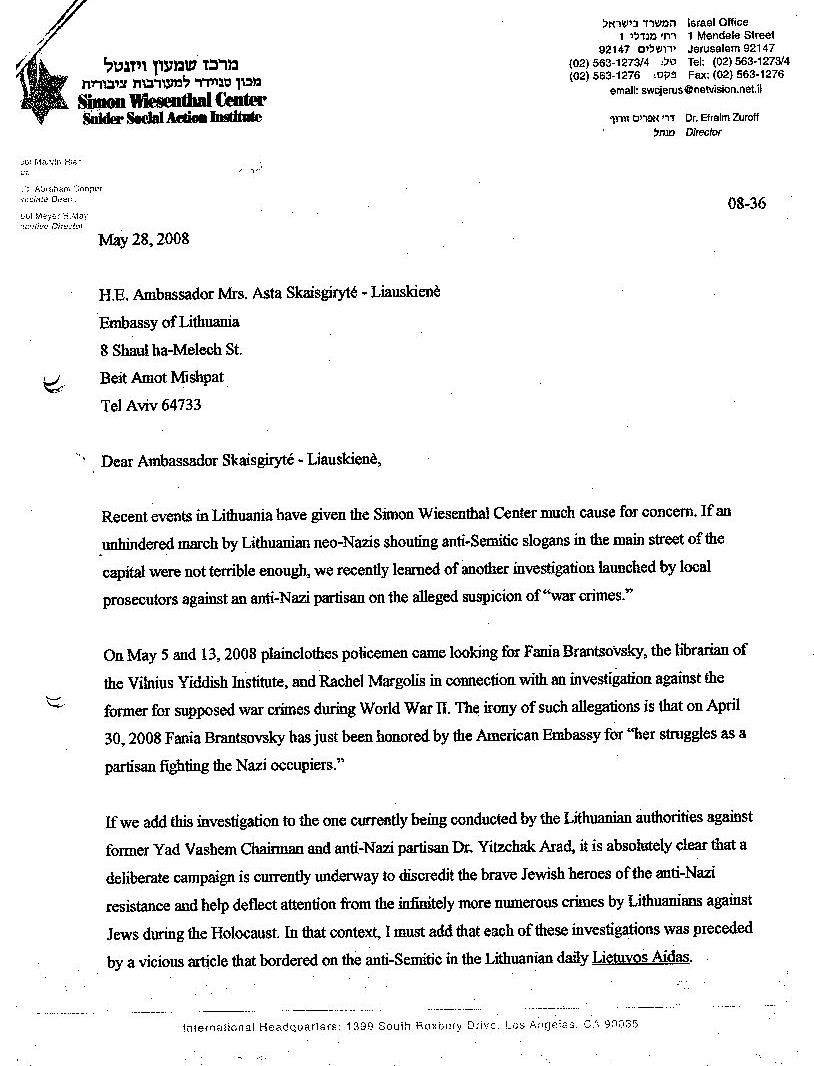 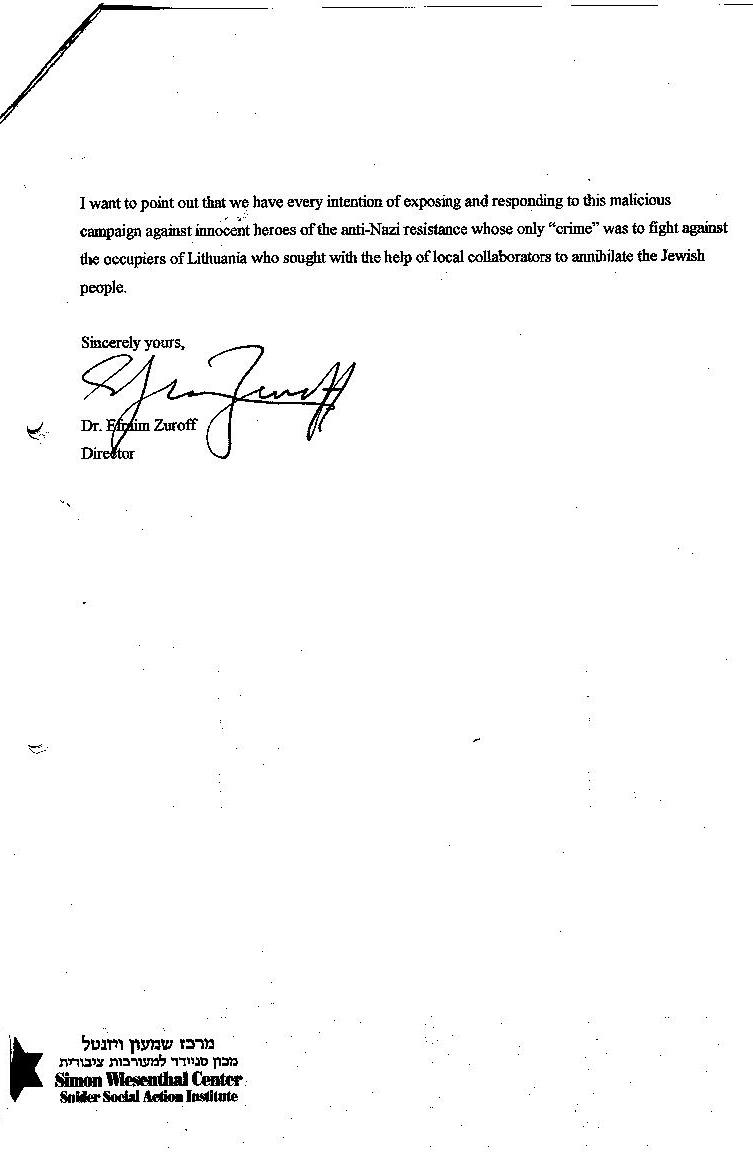