Without condemning anyone who did not stand trial before a valid court of justice, much of the Defending History community finds it painfully misguided to choose to honor an alleged Holocaust collaborator, especially when there are so many deserving Lithuanian heroes who inspire the admiration of people of all creeds and backgrounds internationally.

A planned new monument would stand in a “separate square” right next to New Britain’s beloved Museum of American Art, thereby casting a dark shadow on that institution as well.

See our correspondent Evaldas Balčiūnas’s take on the wisdom of honoring this alleged Nazi collaborator (also his earlier 2014 essay on the subject). Mr. Balčiūnas is a major Lithuanian ethicist, controversial now in the locally nationalist environment, but, we feel certain, someone who will come to be seen as a towering patriot of truth and lover of his country’s true values in the longer lens of history. As he points out, Ramanauskas boasted in his own memoirs of leading a “partisan group” in late June 1941, and there is certainly nothing in that memoir expressing any regret over what those “partisan groups” did. They murdered and humiliated Jewish neighbors while blocking roads and circling towns to ensure that Jewish citizens could not escape the Nazi choke-hold. It was decidedly not a “rebellion” against Soviet forces, who were fleeing Hitler’s invasion, Operation Barbarossa, the largest invasion in human history. The Soviet army was not fleeing the local “partisan” Jew-killers. Months before the Nazi invasion, the Lithuanian Activist Front put in writing its plans for the country’s Jewish minority. 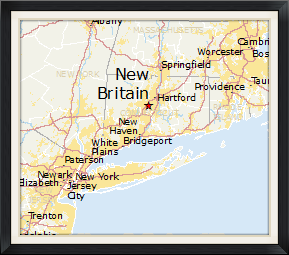 The Defending History team recently “responded” to the Lithuania parliament’s naming 2018 for the alleged collaborator by choosing as our own Person of 2018 Malvina Šokelytė Valeikienė, a decorated military hero of Lithuania’s 1918 War of Independence (of which 2018 is the centenary year, celebrated by all who love the country and its people).

When the Holocaust struck over two decades later, Malvina Šokelytė Valeikienė just did the right thing and risked her and her family’s life to rescue a Jewish neighbor. Now that’s a hero.