LONDON—In its just published A Jewish Manifesto: The 2014 European Elections, the British Board of Deputies has included a statement rejecting the attempts of recent years to downgrade the Holocaust. Section 3.3, entitled “Holocaust Revisionism” appears on page 10 of the online version of the Jewish Manifesto.

The Prague document  was countered by the Seventy Years Declaration (SYD) of 2012, signed by seventy European parliamentarians. In late 2013 SYD was endorsed by the World Union for Progressive Judaism.

The image of Section 3.3 follows. 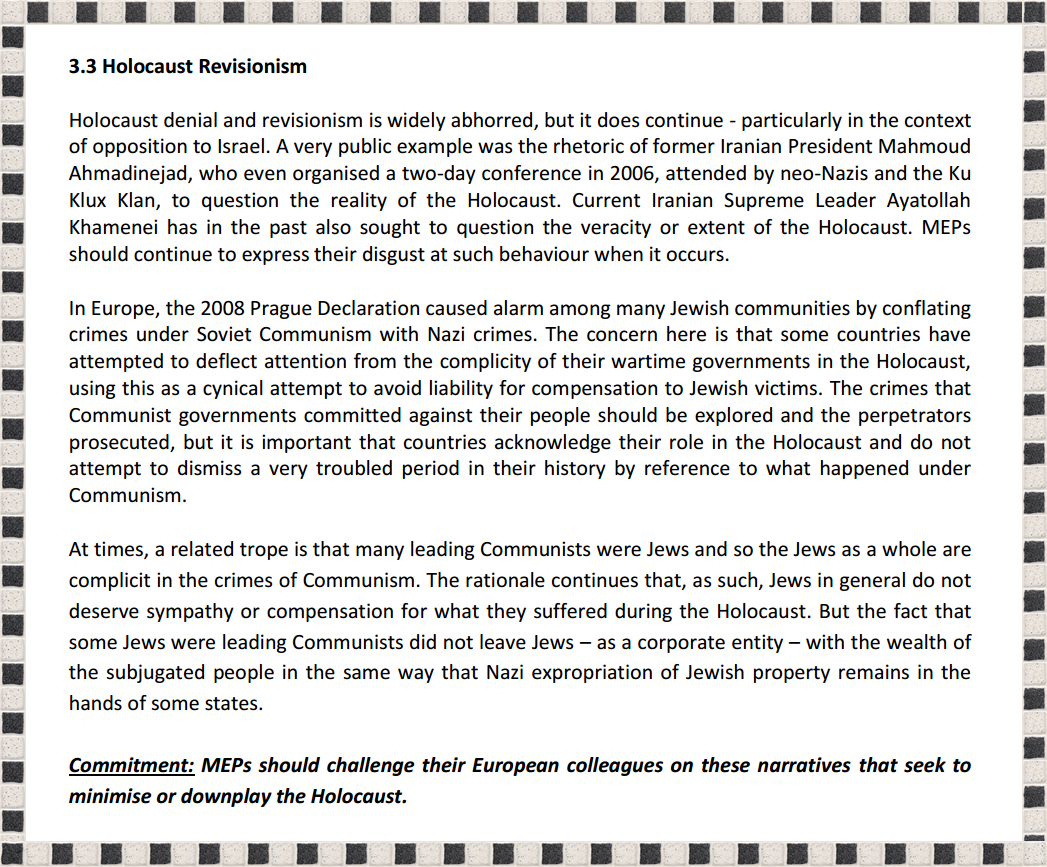