The Holocaust? It Happens to Everyone…

Posted on 6 July 2012 by Defending History

The following is a translation by Geoff Vasil, approved by the author, of the original Lithuanian text that appeared on Anarchija.lt. The original title translates: “Notes of a Half-Russian (3) [or, via word play: Inscriptions from the Cellar]: The Holocaust? It Happens to Everyone.” 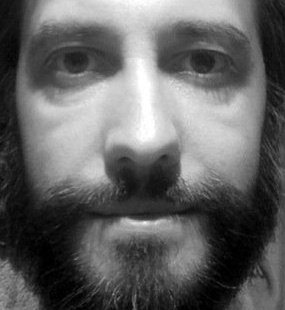 Lately I can barely think about Lithuania, my own society, without seeing the image of the “chronic patient” with all of his “diseases.” A society which is healthy, where the absolute majority of people making it up feel warm encouragement to fulfill themselves constructively and actively, to find a meaningful place in that society for their own lives…

Where is this society? How would it look? Or is this only last year’s Marxist dream? What is “health?”

Most likely all societies are sick in their own way, but I live in my society, or with it (to speak more precisely). If I may be frank, I am not really concerned with the health or opportunities of Israeli society as I am part of Lithuania’s. What the hell is going on with us?

One symptom of our collective body frightens me the most. Maybe because I have experienced myself and know well how it comes about and how it expresses itself. This is the conviction that there is no such thing as common affairs except for those which the men of state and state agencies (where there is a female majority) force us to do… There are only your own personal affairs (your circle of family, friends and partners).

There are no common affairs, so there is no reason to take care of them or to take responsibility. Homeless people in Vilnius? Not my business! Unfairness and pressure at Lithuanian workplaces: they themselves are lazy, and see fit to complain! Gays are disgusted by the majority’s view of them: Akh, show me those sick people who have suffered, where do you find them?

The Holocaust in Lithuania during World War II and the echoes of the suffering it caused, lingering injustice in today’s Lithuania: it happens to everyone, what does it have to do with us/me? After all, we suffered as well from the Soviets!

In short, I don’t want anyone to complain to me, so that I don’t have to think about anything in common, or worse, so I don’t have to act, my own suffering is sufficient, I suffer the Holocaust every day at work/home/the mall, and here you are making some sort of demands upon me!

I am acquainted with all this personally. I grew up among such denials, mixed up with theatrical declarations of collective efforts. I am the grandson of a KGB officer (terrible, isn’t it?). I am also the grandson of a Lithuanian nationalist (almost one of the boys, right?). In my kaleidoscopic childhood Pushkin got along with Maironis, Stalin with Smetona. Everyone around me tried to emphasize that there was no reason to take care of “everyone,” this was simply a principle which needed declaration during Young Pioneer or Communist Youth events, and that was sufficient.

You have to take care of your family and loved ones, however few they be, but the wider society is a dangerous and unpredictable animal that doesn’t understand and won’t appreciate it, and instead it will attack you and trick you, or send you somewhere far away whence it will be difficult to return (in my day, to Afghanistan, nowadays to Britain or Ireland).

The older generation used to say such things at that time, and we manifest them today: we have no common responsibility. As in parliament, so in business, of course: just thieves. In the labor market just lazy people (let them go west to be lazy for money), at home: boring idiots (at least in the neighborhood if not at the same table or in the same bed). In Brussels: tolerast mankurts (an insult especially favored by ethnic nationalists currently). 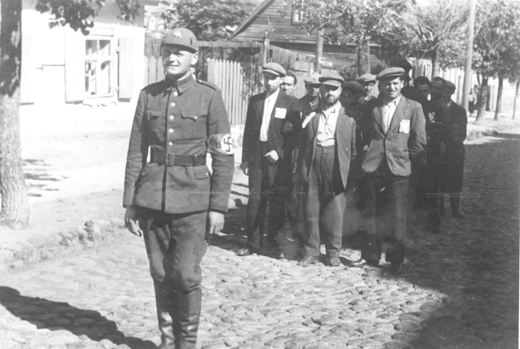 And here again that awful Jewish problem raises its head again! (Really, how far can you go. Now gays. Now Jews… Where do all these weirdos come from who won’t let me read Vakaro žinios [the antisemitic, homophobic, racist “Evening News”] in peace?). The Russians haven’t apologized to us or made any reparations, the Germans only a little, and (especially!) from the Poles, not even a peep…

All sorts of strangers, Zuroffs and Katzes and whoever else, demand we recognize that our fellow countrymen more than half a century ago (just imagine!) contributed to what’s that thing called Holocaust or something.

They dare explain to us that we have to recognize and condemn and convict our fellow countrymen who are still alive who sinned, to teach ourselves and others about guilt and responsibility so this sort of thing never happens again… What does “this sort of thing” even mean?

I will say clearly and very loudly what these sort of things mean.

When thousands of our fellow countrymen are condemned and death sentences against them begin to be carried out before the Nazis even appear on our streets, merely because they are Jews, when 95% of these our fellow citizens no longer remain among the living after World War II because of our help, not just because of the efforts of the Nazi living devils…

No Soviets, no Poles, no crusaders ever acted in this manner against us!!!

Just as so far we do not dare say together: yes, this was our loss as well, so we, too, the offspring now living of the Lithuanian citizens at that time, especially of the ethnic Lithuanians living at that time (they were the majority, it seems?), are responsible for this extraordinary tragedy being recognized and for making sure we do all we can so the living victims and their descendants would be compensated as much as is possible, for making sure that each one of us and our children know what happened here and how people behaved.

Yes, thank God, there were righteous among us, there were those who feared nothing and no one and rescued our, Lithuanians’ brothers and sisters, the Jews, in this land. These heroes and heroines, however, do not make up for the indifference, negligence, joyful malevolence, excuses and self-justifications of the majority then and now, all of which are abundant in the Lithuanian media at the current time.

Nor does Soviet oppression excuse what we, the Lithuanian people, did to our fellow citizens. Not just Jews, and not just in the past, but also at the present time to, for example, Roma and homosexuals, and the homeless…

I don’t know what Maironis’s heart cried for, but I’m tired of crying and moaning. I want to give a sobering slap to our collective cheek, to grab our shoulders and shake us out of our callousness and self-justifications, and to scream in our ear blocked by the wax of indifference: if all of us together are not responsible for what happened in this country to the least powerful among us, what kind of state, what kind of society, what kind of people are we?  We are an open-air Potemkin ethnographic museum if we are not able to say together: “We are sorry, we feel your loss, we will make sure that this will be neither forgotten nor repeated”…

From a text writen for the Atgimimas newspaper, 25 November  2010