Posted on 4 October 2012 by Defending History


A number of antisemitic and fascist-sympathizing ads have recently appeared in the course of the campaign for the Lithuanian parliamentary elections to be held in two rounds on 14 and 28 October 2012.

It does not help that public swastikas were legalized in Lithuania in 2010. That year a group of ambassadors in Vilnius got toegether to write a letter to the nation’s leaders on various Jewish and Holocaust issues, including the swastika issue. The United Nations Human Rights Committee finally commented this year on the attempted rehabilitation of the swastika.

One parliamentary candidate’s campaign uses a photo of him sporting a swastika-decorated tie. Another is a vulgar caricature of a Jew getting money from the state and threatening to take more (a reference to this year’s restitution bill providing communal compensation for confiscated property). A third expresses the wish for a “Third Republic” state with a Nazi-like logo.

The antisemitic ads were taken up in an article on Delfi.lt yesterday which refers to an interest taken by the State Elections Commission. There is, as ever, unintended black humor, as, for example, one far-right politician claims that the caricature of the money-grabbing person, is not of a Jew… 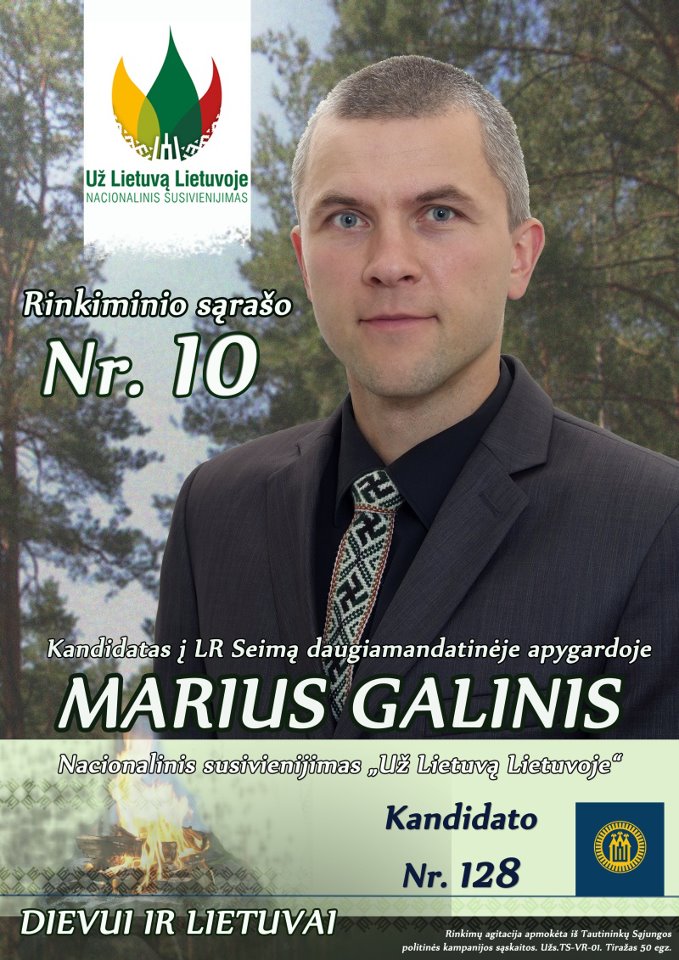 This entry was posted in Antisemitism & Bias, News & Views. Bookmark the permalink.
↑ Return to Top