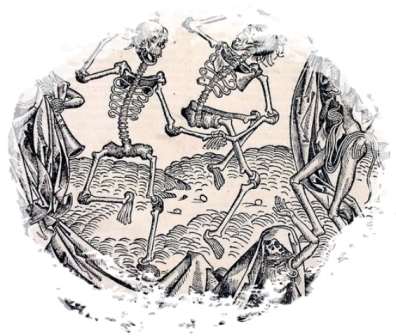 The tombstones were stolen during and after the war, though the graves remained mostly undisturbed. Among the many famous rabbis buried here is R. Isaiah Berlin Pick of the eighteenth century, author of many rabbinic works, including one that is known to every Talmudic student around the world because it was included in the standard Vilna (and other) Talmud editions of the nineteenth century and beyond. A strange irony, that his grave, and those of the Vilna editors, are now, in 2017, equally hanging in the balance.

Fast forward to recent years. In 2013, a businessman bought the land. Before anything could go further, city authorities initiated archaeological inspections once some old garages had been demolished. Various people noticed that large quantities of soil with visible bones were being dumped on the city’s outskirts. An official complaint was finally filed and these “works” were halted in late 2016.

Much of this information is known in the wider world thanks to the research and recent report by Agnieszka Jablonska, a fellow at Paideia — European Institute for Jewish Studies in Sweden, who is also at work on a Judaic Studies degree at the highly regarded program in the field at the University of Wrocław. Ms. Jablonska this month prepared an important report titled On Saving Memory: The Old Jewish Cemetery on Gwarna Street in Wroclaw, Poland.

It is hoped that adherents of human rights, pro-minority and Jewish-interest activities and causes in Poland will rapidly stand up, loud and clear, against the hotel project on top of the old Jewish cemetery, and for a restoration of the cemetery. Restoration is fully in the realm of the practical, given the large number of photographs, transcriptions, actual records, and memoirs which provide more than enough material for a reconstruction in the spirit of the successful project in Frankfurt, recently the focus of a comment piece on these pages.

Against this backdrop there has been a deeply disturbing rumor mill, according to which Vilnius-style plans are underway to allow the hotel to go up, to assure that bones found will be duly reburied somewhere else, and to ditch the need to restore the cemetery and respect the memory of the hundreds, or thousands, of people buried there. As proponents of free enterprise point out, these burial plots were duly purchased in perpetuity (freehold) by the families of the deceased, and Europe has presumably come out of its Soviet-grade era when the state can nullify private ownership (the more so when genocide has led to the situation where there are no living relatives or descendants to stand up for the dignity of burial places).

There are also major human rights, racism and antisemitism issues. As the United States Congress ruled in landmark 2014 legislation, the rights inherent in the historical cemeteries of minorities internationally are indeed human rights. That goes to the crux of the Wroclaw situation: Would this hotel be going up if this were a Christian cemetery where for a century local people, including great scholars and many prominent citizens, were buried? The less so, to carry the thought experiment further, in a town where the Christian population had been massacred to the last child, woman and man.

And would some greedy business interests, and their politician “dependents” be reaching out to sham up-for-sale rabbis or to a certain CPJCE group in London for “permissions” (presumably with “fees for the work,” as ever, less than transparently) to do what no bona fide rabbis would ever allow — the disturbing and dismantling of human graves and brazen theft of the land, with the sham “concession” of some monkey-do “reburial ceremonies.” Perhaps the business interests even feel they have reason to anticipate impotent acquiescence from the American taxpayer-funded USCPAHA that exists precisely to rescue such endangered cemeteries abroad?

Not to mention the specter of generations of future Wrocław hotel guests dining, drinking and flushing lavatories in the middle of the city’s Old Jewish Cemetery. For shame. But where is the New Europe?