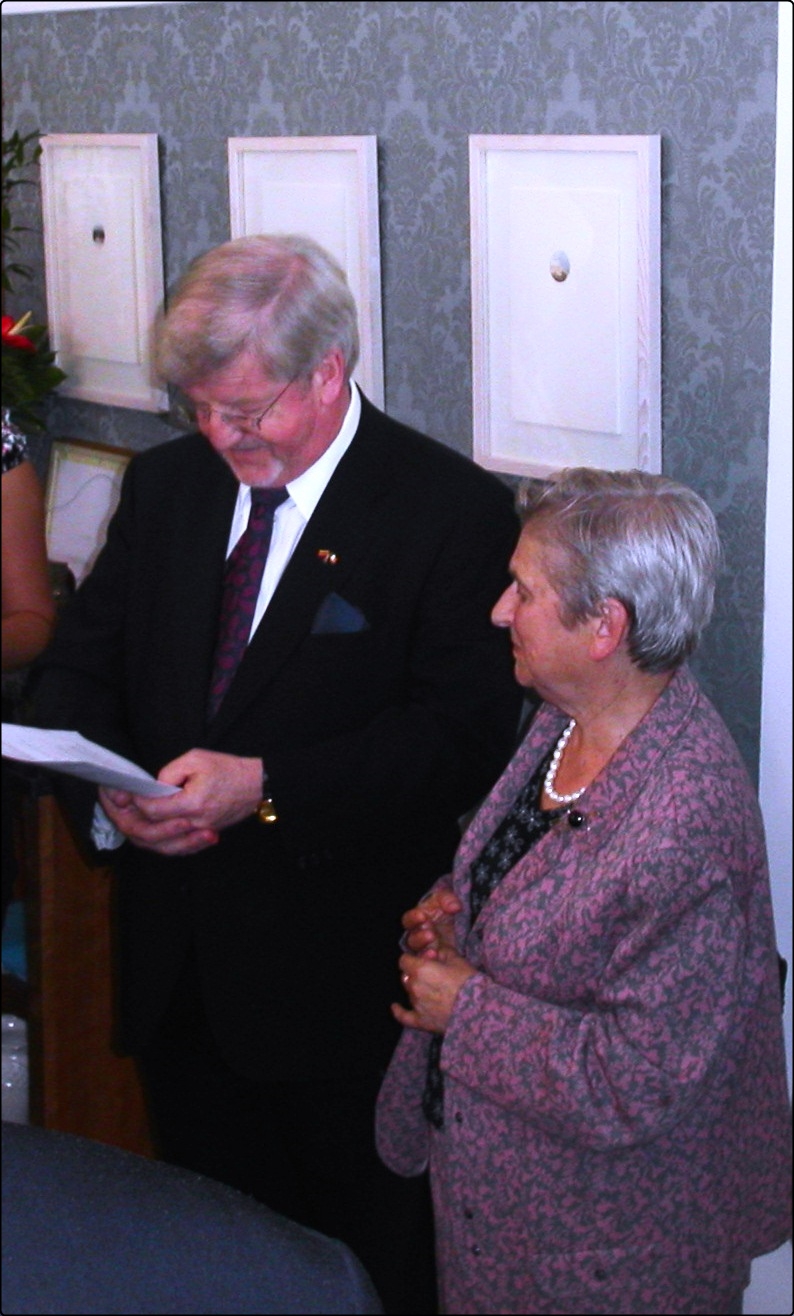 Questions have been asked …..

Why are we invited here today?

Why is Ireland hosting this reception for Fania Brantsovsky?

What is the connection between Ireland and Fania?

I can only answer for myself — and like all good Irishmen and women, will give you three reasons…!

Firstly, it won’t come as a surprise when I tell you how frequently I am asked about the large-scale emigration from Lithuania to Ireland which has taken place in recent years….but fewer know of — or mention — a previous, relatively large-scale movement to Ireland from the Jewish communities of Lithuania and what is now northern Poland at the end of the 19th century. (Coincidentally, I have a friend visiting here whose maternal ancestors were part of that wave.)

Chaim Herzog, the sixth president of the State of Israel, was born in Ireland; Lord Mayors of Dublin, prominent politicians and famous names in our business community can all claim to be part of that link with this part of Europe.

Secondly, I am lucky and grateful to my parents for a wonderful, normal childhood in my native city of Dublin in the mid-1950’s… Quite a contrast with Fania’s experiences.  It was a simpler time, no computer games, no Nintendo, no mobile phones, no ipods stuck in your ear…. We played on the street, kicking a ball, cycling if we had a bike…

It was a typical suburban road of the time except in one respect; half the road was Catholic and half was Jewish. One of my best friends on the road we lived on was a Stewart Segal.  It was only a few years ago that I discovered that Stewart was the son of a family that had survived the Holocaust and had emigrated to Ireland.

So, thirdly, to today.  We are here because we can be here, because we want to be here and because we should be here.   My dear friend and yours, Professor Dovid Katz, the Welshman from Brooklyn (!) is the inspiration for today. He offered me the opportunity to honour a true heroine, Fania Brantsovsky, who had her whole life changed at 17 when she was interned in the Vilna Ghetto in September, 1941, who at 19 escaped from the ghetto to continue the fight against the evil Nazi regime and its collaborators, who left behind her parents and sister, whom she never saw alive again, all of whom were victims of the Holocaust.

An academic statistician who later married and raised two children of her own, above all, Fania is some brave woman for one brave woman!

Fania, you are a beautiful person, a special person, an inspiration to us all.  You see you have many, many friend both here today and around the world.  I ask everyone to raise their glasses in a simple toast:

And, to mark the occasion, we have prepared a certificate of appreciation to add to those you already have… 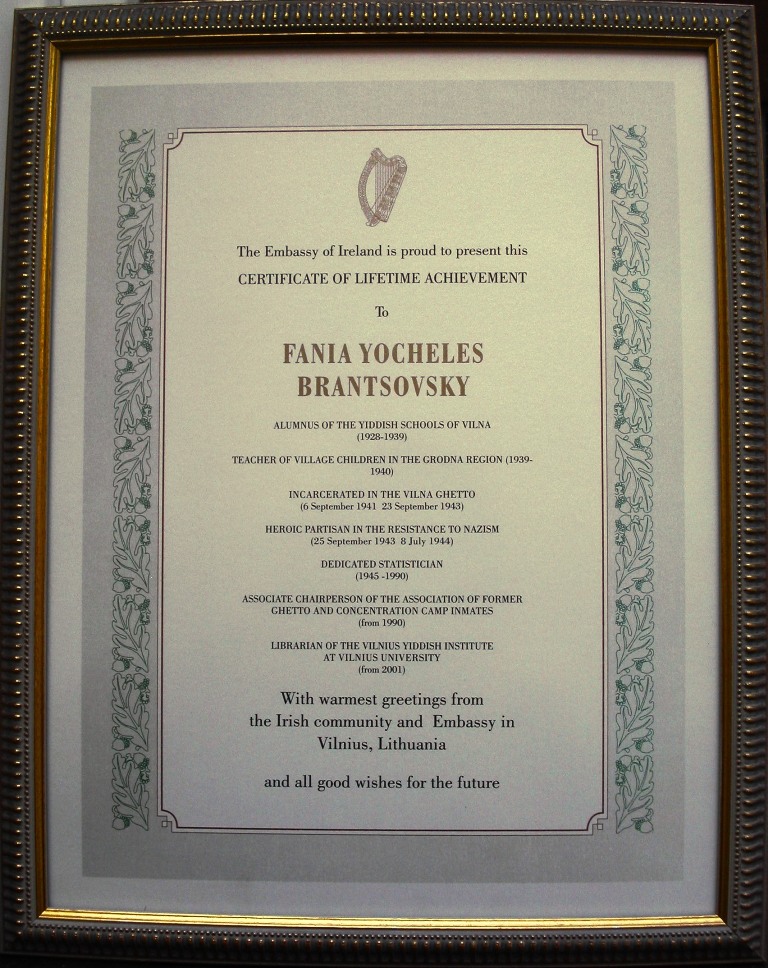