Posted on 13 November 2022 by Defending History

Rabbi Dovid Kahana Spiro (1901-1970) was a very pious and learned man who cofounded the Jewish community in Fürth after the Holocaust. He worked there for twenty-five years as a community rabbi and helped numerous people in need. The Firter Rov 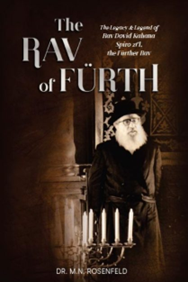 (Fürther Rav) was buried in the Har Hamenuchos Cemetery in Jerusalem. A picture of his tombstone can be found in Moshe Rosenfeld’s recently published book on Rabbi Spiro. The book’s thirteen chapters cover in great detail the origins of  the family Spiro, their pre-war life in Poland, the Warsaw Ghetto, survival, rebuilding, dialogue with a bishop, divorce cases and much more.

The author, who now lives in London, grew up in Fürth and practically from birth had a close relationship with Rabbi Spiro, who lived next door. Rosenfeld’s mother was the rabbi’s cousin, and his father became his right-hand man. The author frankly admits that he should have asked a thousand questions at the time, but didn’t. And therefore there are many answers that he honestly does not know today. Nevertheless, with a vast amount of work and love, he  managed to collect a wealth of material and to publish this extensive work. The history of the Spiro family, that lived in Poland, is presented in great detail.

The Firter Rov (Fürther Rav) grew up in the milieu of Polish Hasidism and always remained connected to this movement. His rabbinic career in Warsaw was tragically ended by the Nazis during World War II. He witnessed the destruction of the Warsaw Ghetto in 1943 at first hand. Both his parents and his wife and their four small children were murdered by German henchmen; their names are on his tombstone. That the rabbi survived the cruel persecution can be considered a miracle.

At the end of April 1945, American soldiers liberated him and the other prisoners in the Dachau concentration camp. At the beginning of July 1945 he came to Fürth and supported the reorganization of the Jewish community. During meetings, Rabbi Spiro uplifted many Jews who were desperate and at a loss at the time. He tirelessly studied and taught Torah. In speeches he urged his listeners not to abandon the faith of their ancestors.

His rabbinic reputation as an expert on divorce deeds led to numerous rabbis asking him to handle divorce cases that rose in their communities. In 1946-1951, Rabbi Spiro issued more than two hundred letters of divorce without charging a fee for the work done. It is said that he sometimes managed to prevent a family from breaking up through mediation. 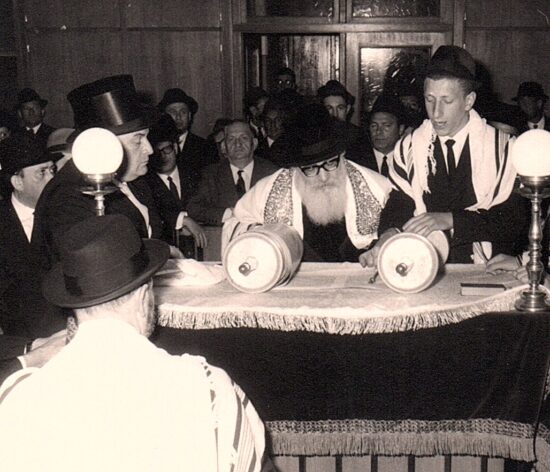 Moshe Rosenfeld describes insightful details from the life of the Hasidic master. For example, it was his custom to recite eighteen chapters of the Mishnah daily, among other studies. The point of this enormous workload was that he recapitulated the entire work of the Mishnah every month! At each of the three Sabbath meals, the Rabbi of Fürth recited eight chapters from the tractate Sabbath by heart. Once, when the Rosenfeld children checked the accuracy of his recitation, they could not find a single mistake.

While reading Talmudic and Hasidic texts, Rabbi Spiro used to write commentary notes. These manuscripts are also to be published in the foreseeable future. A wealth of about five hundred illustrations grace Dr. Rosenfeld’s English text. An appendix contains 33 speeches and essays by Rabbi Spiro in the original Yiddish or in a translation into English or Hebrew. A second appendix contains 65 Hebrew letters written by the rabbi.

The Rabbi Spiro Prize, enabled by the Bavarian State Association of Jewish Religious Communities in 2007, is intended to commemorate a modest scholar who advocates strengthening Jewish religious life in Germany. After reading Rosenfeld’s book, one would get the impression that the Firter Rov, the beloved rabbi of Furth, would have been very surprised about this form of posthumous honor…