Popular Daily has Full Front Page Spread on ‘The Jews’

Posted on 21 December 2011 by Defending History


European and North American human rights activists may have thought that Vakaro žinios (‘The Evening News’) could not outdo its past antisemitic sensations, but today’s full front page with a huge banner headline ‘THE JEWS’ may herald a new low in the series of 1930s grade dissemination of hate against Lithuania’s tiny and shrinking Jewish minority. Around 95% of the country’s Jewish population was killed during the Holocaust.

The front page article (PDF here; English translation here) continues on to pages 3 and 5. The outrage caps a December of mainstream publication antisemitic articles. This is the first to ‘feature’ Chabad rabbi Sholom Ber Krinsky. Earlier in the month, long articles appeared targeting Dr. Shimon Alperovich, elected head of the Jewish Community of Lithuania, first in Lithuania’s most prestigious newspaper, Lietuvos rytas (report), and then in the same Vakaro žinios (report). 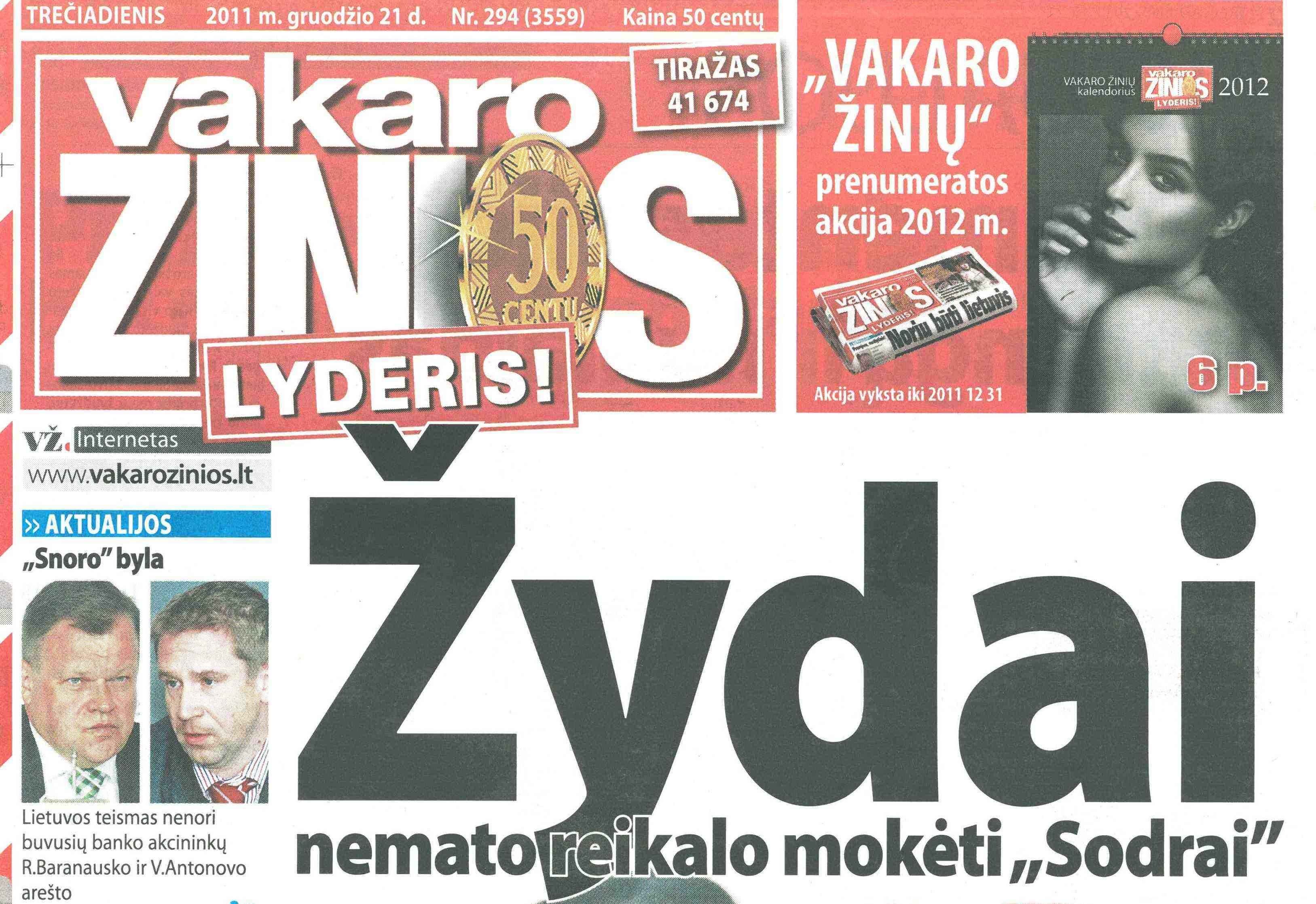 The article’s huge banner headline ‘THE JEWS’ is followed by the much smaller line ‘See No Need to Pay their Social Security Taxes’, giving the impression that ‘the Jews’ are responsible for the country’s economic woes. The rest of the page contains a large photograph of Chabad rabbi Sholom-Ber Krinsky, a native of Boston, in his usual rabbinic attire. Rabbi Krinsky, who has been a full-time resident rabbi in Vilnius since 1994, officiates at the Chabad synagogue and religious center in the Lithuanian capital.

A full PDF of the article (front page + continuations on pages 3 & 5) is here.  An English translation is available here.

The Chabad school, Beis Menachem, is singled out for its difficulties in paying up in a large page one spread which includes the information that Western Union is even more behind in payments. In the continuation of the article, there is a list of the ten major entities behind in social security tax payments. Lo and behold, Chabad and Beis Menachem are not among the major non-payers. . .

As of today, there has been no public comment by any politician or diplomat or any of the human rights or ‘Judaic’ academic or cultural institutions in the country. Not even from those who excel in producing lavish conferences about tolerance and antisemitism with the participation of Western envoys on the very subject.

It is hoped however, that is is a temporary silence due to the holiday season and that robust reactions will soon be forthcoming. 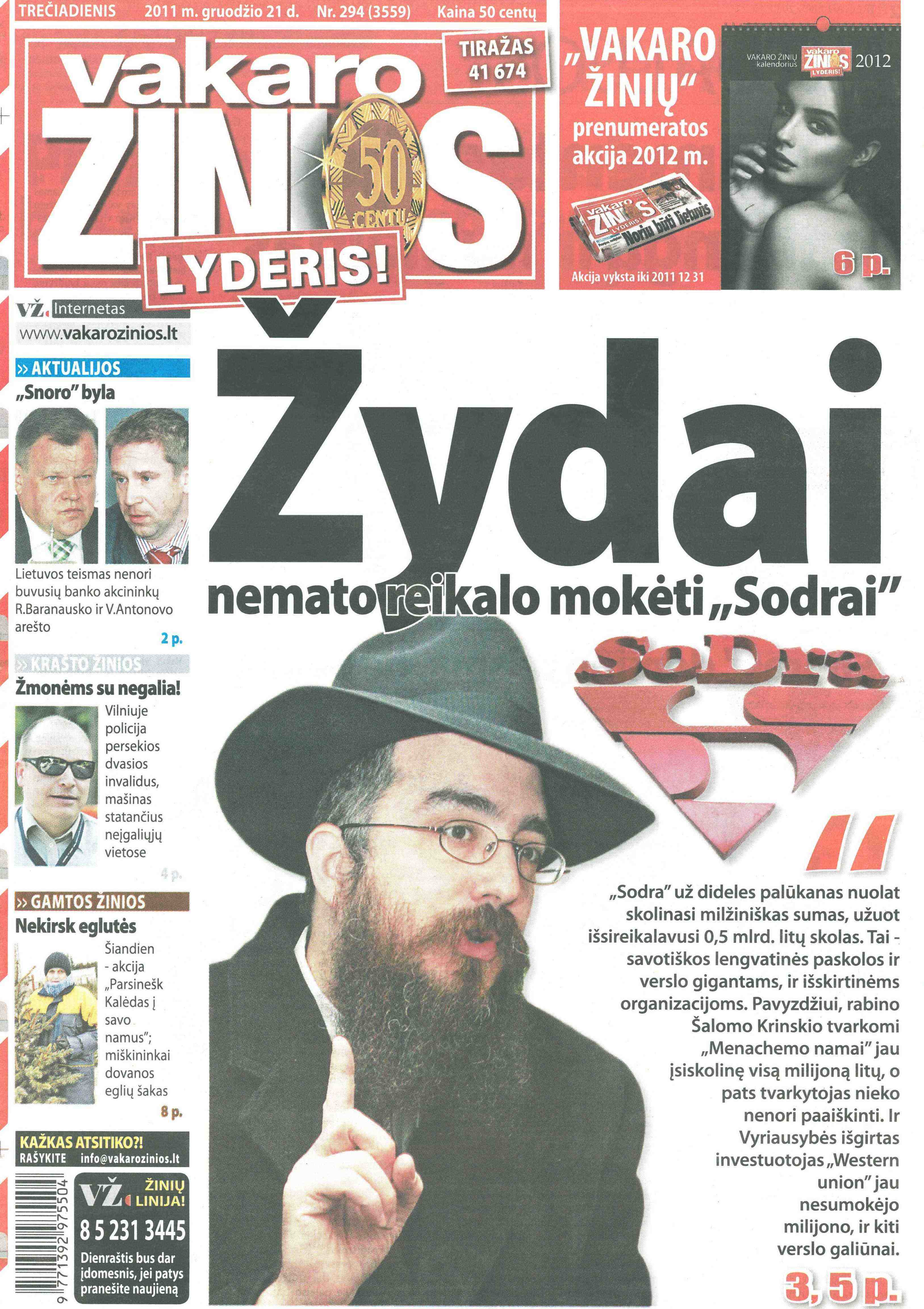