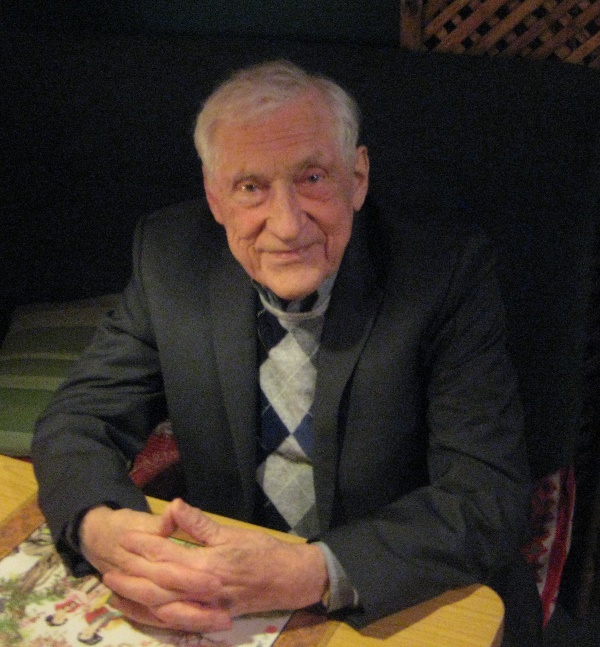 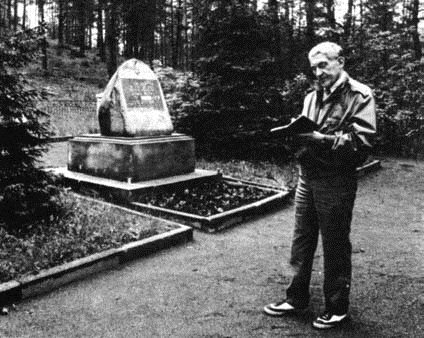 In the years immediately following the restoration of Lithuanian independence, we in the Lithuanian Jewish Community invested years in locating, describing, photographing and publishing data on the extant Jewish cemeteries.

And it was we who worked on the diplomatic and political fronts to persuade the government to fence in and protect these hallowed sites and mark each of them with a new commemorative stone monument. [PDF of 1990s typed list of cemeteries; illustrative fragment; PDF (incomplete) of the author’s 1992 paper on the topic published by the Jewish Museum]

This gross omission was frankly a sign of disrespect to Lithuanian Jews who were destined to survive the Holocaust and World War II and their hard work, carried out with no fanfare or web campaigns or honors or fundraising. The goal was to discover, document, clean up and put in order both old cemeteries and the hundreds of mass grave sites from the Holocaust era.

Much of the material we collected is still held by the Jewish museum and awaits the attention of serious researchers.  Those who continue the work of clean-up and maintenance today are to be congratulated for their hard work, and urged to become acquainted with the large corpus of data collected in the 1990s by the survivor generation that is held by the Jewish museum.

There is really no need for the leaders of this NGO to ignore, minimize or make light of the many years of work and achievement of members of the local Jewish community who paved the way in the field. The illustrious international members of the NGO’s board are cordially invited to become acquainted with the years of work on discovering, preserving and recording the old Jewish cemeteries of Lithuania completed long before this NGO started claiming to “have discovered America.” 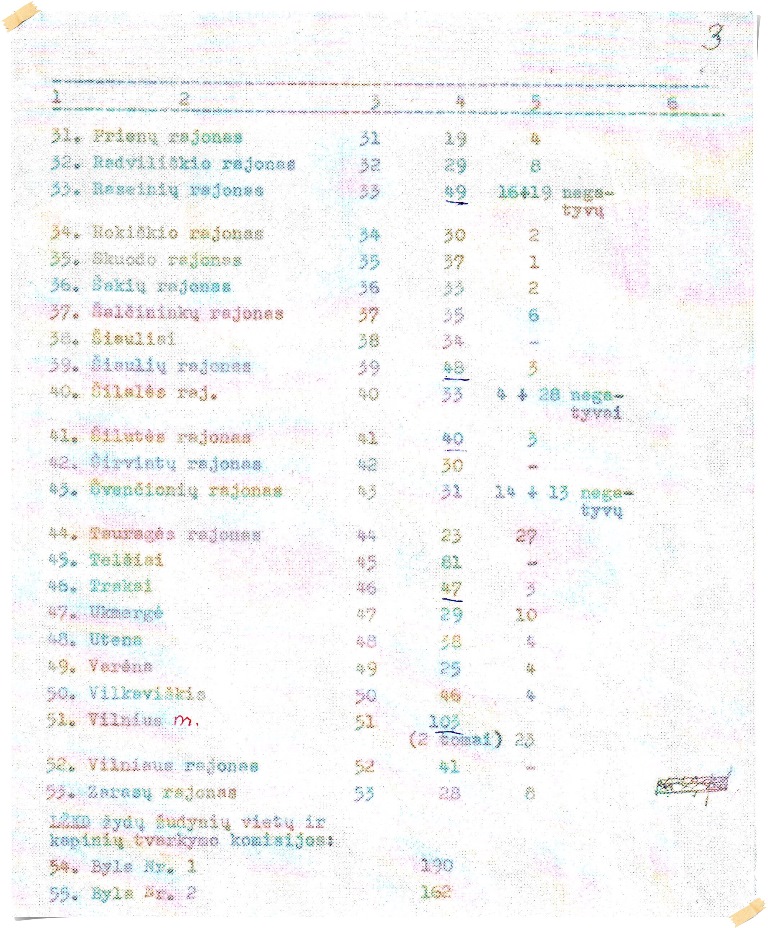 In 2010 Joseph Levinson was honored for his life’s work at London’s Central Synagogue in a program including a large contingent of Litvaks from the UK, South Africa and further afield. The main speakers were (left to right in photo below): Rabbi Barry Marcus of the Central Synagogue; Israeli ambassador Ron Prossor; Joseph Levinson; Iain Duncan Smith, the UK’s Secretary of State for Work and Pensions. 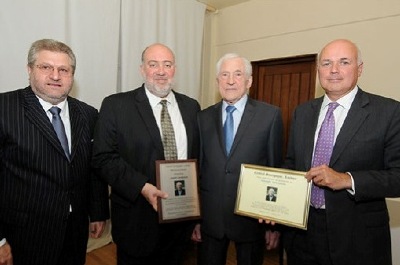 Reports on the event and Levinson’s life’s work appeared in the Jewish Chronicle, Jerusalem of Lithuania, London Jewish News, and Defending History.

This article was written by Joseph Levinson in Lithuanian, translated by his son Alex Levinson, edited by Defending History as are all submissions, and the final text approved by Joseph and Alex Levinson.