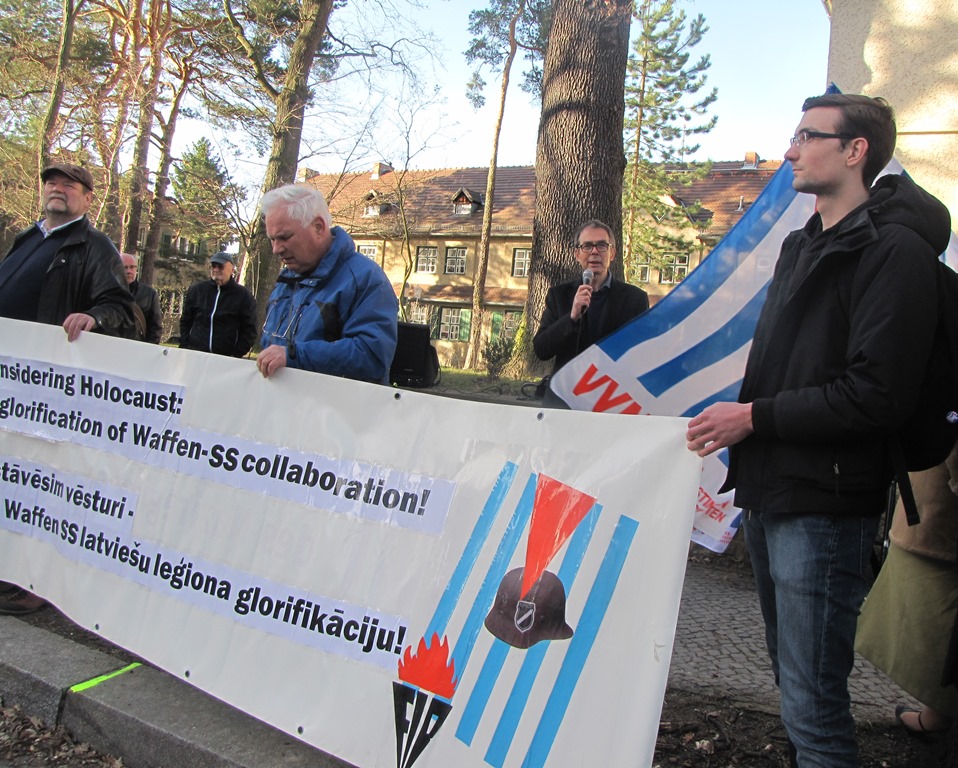 For almost twenty years now on the 16th of March, in the heart of Riga, Latvia, an EU, NATO, OSCE member state capital, marches have been regularly held to praise the “heroism” of former members of the Latvian Legion, i.e. Waffen SS veterans and their fallen comrades. Each year the number of participants who attend the march increases and amongst them are members of the Latvian government, even when the government states that they do not participate.

In 2011 the Latvian Prime Minister told local media that he did not think March 16th had “any special significance,” claiming that “Legionnaires Day is used by radicals on both sides, to confront each other”. In 2012, the Latvian president at the time, President Berzins stated that it is ridiculous to see Latvian SS veterans as criminals, rather we should “bow our heads to them.”

On 20 January 2012, I initiated a petition against the Nazi march. I am the daughter of Ernst Loewenberg, a Jewish refugee from Berlin whose brother Paul, was sent at age 19 to the Riga Ghetto with over hundred members of the Lowenberg family (in Latvia the official family name form was Latvianized to Levenbergs). None survived. I believe Latvia, the international community, the UK government, the European Union and NATO should condemn the Nazis’ genocide in clearer terms, so that Waffen SS veterans are not seen as legitimate “heroes” in any EU member state, a status Latvia achieved in 2004.

Already in a press release 16 March 1999, the Simon Wiesenthal Center (SWC)  in Jerusalem condemned the march of the legionnaires and
stated that “although these units were not involved in crimes against humanity, many of their soldiers had previously served in the Latvian security police and had actively participated in the mass murder of civilians, primarily Jews…The stubborn insistence of Latvia’s SS Legion veterans to conduct a public march to glorify their role as combatants on behalf of the Third Reich is a clear indication that many Latvians have still not internalized the lessons of World War II… Not one of the numerous Latvian killers who collaborated with the Nazis has been brought to justice since Latvia obtained its independence. Far too many Latvians feel free to identify with those who fought alongside the perpetrators of the Holocaust rather than with its victims.”

It is disgraceful that Latvia is still so proud of its collaboration with one of the most genocidal regimes the world has ever known.

From the bottom of my heart I greet all those people who today and tomorrow will be protesting against the Waffen SS march in Riga.