However, something went differently this year. Eduards Gončarovs and Aleksejs Šaripovs, members of the Latvian Anti-Nazi Committee, had gone to the route of the march with a placard depicting civilians being killed by Nazis and their local collaborators in Latvia in 1941. It should be noted that while the Latvian Legion as a single unit was created later, it was based in part  on collaborators’ units formed in 1941.

The police had arrested them, despite lack of any violence. Gončarovs and Šaripovs were soon released, but their case on violating picketing regulations was brought to court, which decides cases on petty offences. The essence of the accusations was that they did not apply for picketing at the specific place, and that they “stood for” or “propagated” (Latvian: sludināja) violence with their placard.

The City of Riga Vidzeme Urban District Court had terminated the proceedings last May on a technicality. The grounds were that the police did not indicate the specific paragraph of the relevant section of the law on petty offences. However, the prosecution service has intervened – a rare occurrence in petty offence cases – and lodged an appeal against the district court’s decision before Riga Regional Court.

Why so? The reason might be the fact that in the meantime, Gončarovs and Šaripovs applied to a different court, an administrative one, requesting compensation for an illegal detention and disruption of their right to demonstrate.

On 22 September, the Criminal Matters Board of Riga Regional Court delivered its final judgment on Mr Šaripovs. The court found that the technical mistake by the police was not a hindrance to proceedings against Mr Šaripovs. It has also found him guilty of propagating violence during his picket, with a strange motivation including the following:

“It follows from the factual circumstances described in the protocol, that A. Šaripovs had used a placard depicting violence, thus propagating violence” (…)

“On the placard used by A. Šaripovs during the picket, the violence of a kind that a military organization is using violence against prisoners of war, is depicted. Taking into account that the picket was organized by A. Šaripovs exactly on March the 16th, a part of the society undeniably connects those soldiers with Waffen SS military organization, where ethnic Latvians had served, among others” (…)

“public display of such inimical and violent photo images, which promote national hatred in the society, can undeniably cause mass riots, which can lead to further destabilisation of the political situation and a transfer of the socio-political and economic tensions present in the society to interethnic relations” (…)

“public display of such photo images is closely connected with discrediting the image of Latvia internationally. Taking into account the high tension in the public, international resonance, historical situation and blatant violence depicted on the placards, in order to defend public order and safety, democratic state order, and to avoid deliberate confrontation, it is found that A. Šaripovs needs to be punished.” 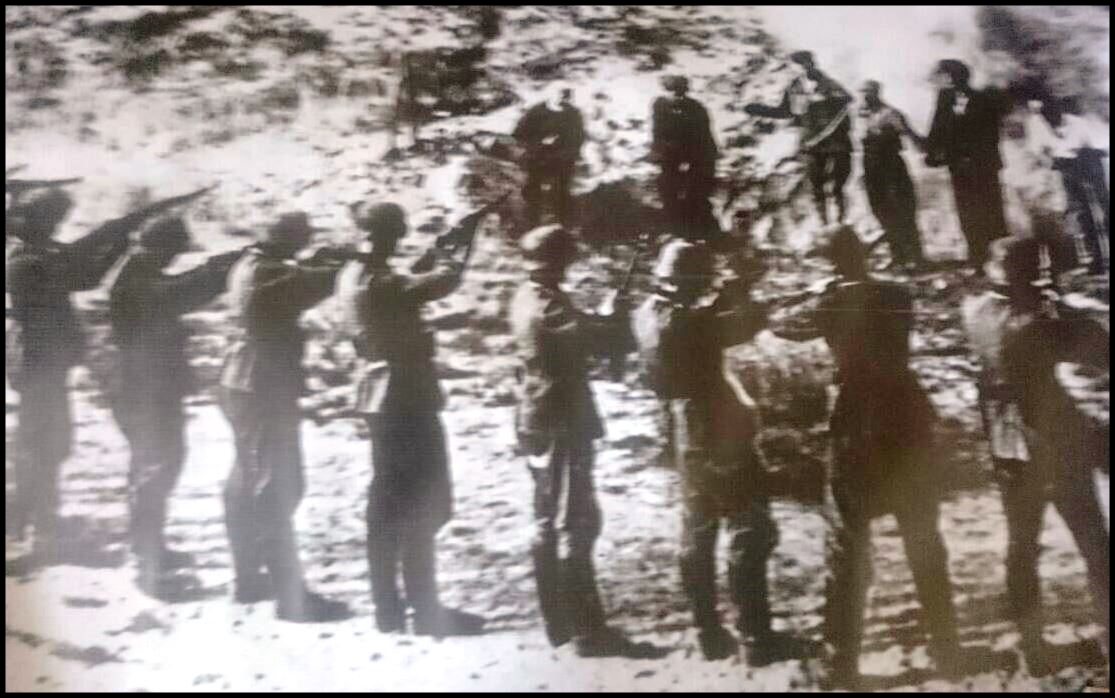 Moreover, the court claimed that “In accordance with Section 2 of the Law on Holidays and Remembrance Days, March the 16th is recognized to be the Day of Remembrance of Latvian Soldiers.” In fact, it had been made an official remembrance day in summer of 1998.[3] After the very first official event in 1999, an international outcry had followed, and in the beginning of 2000, the reference to March 16 was removed from the law.[4]

The punishment imposed is moderate – a warning. However, it prevents Mr. Šaripovs from organizing pickets for a year. Moreover, it will probably be used against Mr. Gončarovs in his analogous case. Finally, it might be used against both of them in the administrative court proceedings, to claim that disrupting the picket and arresting them were lawful.

One can suppose that the court itself understands there was no instigation of hatred in Mr. Šaripovs actions. Triggering ethnic or national hatred is a crime in Latvian law, so if there were one present, the court would initiate a criminal case instead of giving a warning in a petty offence case.

This November, Latvia will be visited by a delegation from the European Commission against Racism and Intolerance. It is to be hoped that they will repeat condemnation of the pro-collaborators marches expressed in their most recent report on Latvia (see paras. 86-87[5]). Sadly, a stance in defense of anti-fascists is necessary now, too.

Disclosure: The anti-Fascists have been defended in courts by myself and Vladimir Buzayev, another member of the Latvian Human Rights Committee (FIDH).