VILNIUS—The organizers of a July 4th event to unveil a new monument to the inspirationally brave Holocaust rescuers who risked all to just do the right thing and save a neighbor have issued a public invitation inviting people from near and far to attend. The monument, conceived by Vaclovas Jankauskas will be unveiled at the Sculpture Garden in Alytus (Yiddish Alíte), a town just under an hour and a half drive from Vilnius (Google map), about 110 kilometers southwest of the capital via the A4. There are regular buses. The event will be held at 11 AM on 4 July. The invitation is reproduced below and is available as PDF.

The invitation notes that the monument and the event are dedicated to “a person who tried to save a person, especially to all who tried to save Jews during the Holocaust.” It also notes a personal note of gratitude to a well-known Holocaust survivor from the area, the late Riva Lozansky of Butrimants (today’s Butrimonys), for a kindness to Vaclovas Jankauskas at the time of his birth. Lozansky’s memoirs have appeared in English translation in the collection If I Forget Thee: The Destruction of the Shtetl Butrimantz (1999) and in a separate volume, Wartime Experiences in Lithuania (translated by Miriam Beckerman, edited by Sue Logan, London 2000). 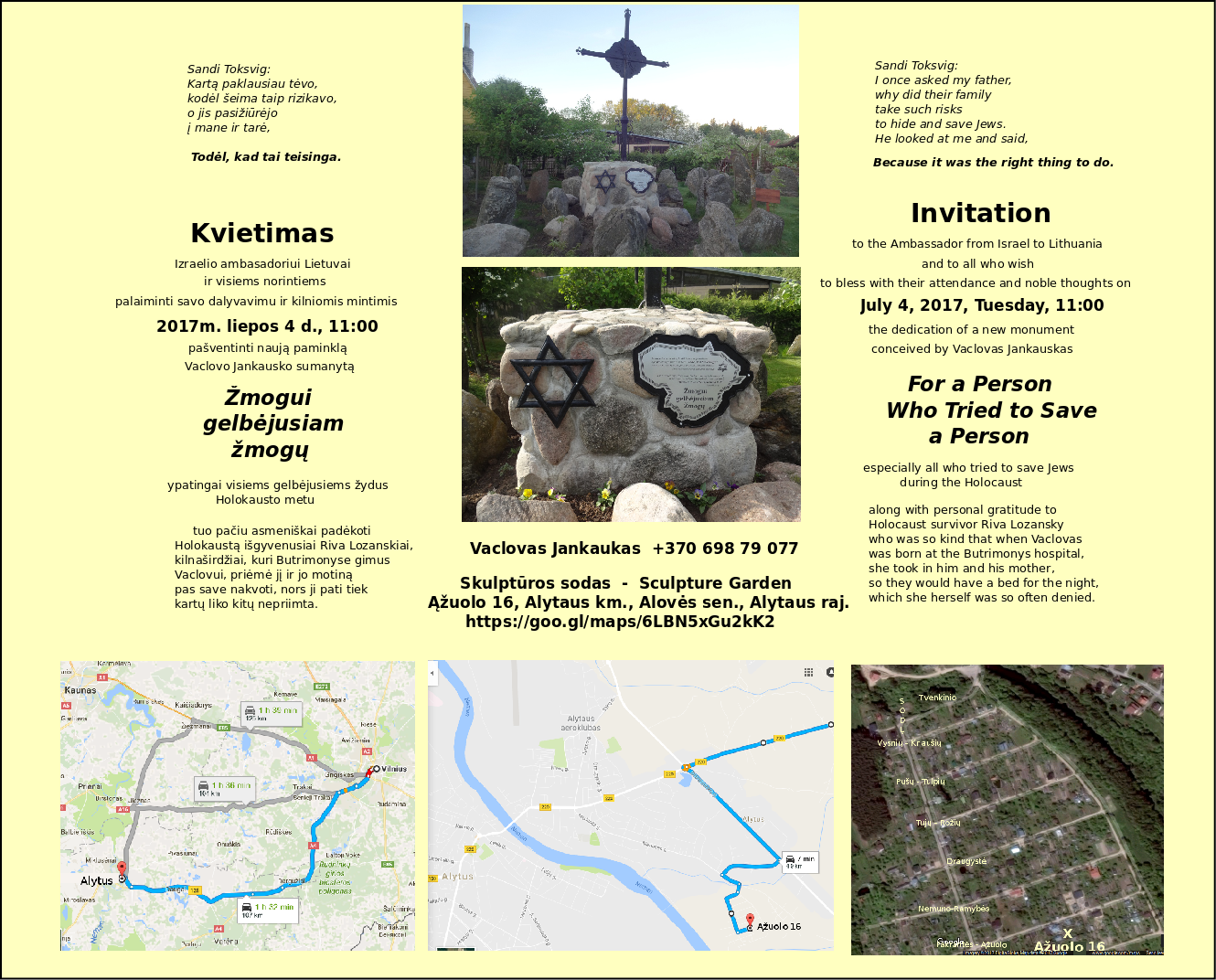