I have been involved in Jewish community, heritage and Holocaust-restitution issues in Lithuania for almost two decades, through various professional and personal capacities. While I have worked on these matters in other European countries, I have a special interest in and bond with these subjects as almost all my family came to America from Litvak areas. In the past few years I have spent a lot of time on the issue of the Old Vilna Jewish Cemetery in Šnipiškės (Piramónt) and the future plans for the Sports Palace building which has been on that site for decades. I met with many rabbis and community leaders with vastly different views and no meeting or photo should be interpreted as an endorsement of any position. 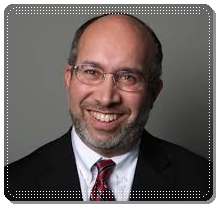 Herbert Block, leading figure over many years in a number of major American Jewish organizations and causes.

Part of my proud Litvak heritage is that I am a direct descendant of Reb Chaim of Volozhin. In the course of examining the Šnipiškės cemetery issue I sadly learned that Reb Chaim’s father, Isaac, and his brother, Sholomo Zalman, were both buried in the destroyed Old Vilna Jewish Cemetery. I have seen old photos of their gravesites and matzevot, which were undoubtedly destroyed when the Sports Palace building and its surrounding plaza were built by the Soviets on the sites.

“I believe it would be best if it became a properly preserved memorial site. As the announced Convention Center development is still in the planning and early project tender stage, I hope that local authorities can find an alternate plan.”

As an individual, and not on behalf of any organization with which I am affiliated, I personally would prefer that Lithuanian officials had not recommended converting the Sports Palace to a Convention Center. I recognize that this is a complex and important location in the city and I believe it would be best if it became a properly preserved memorial site. As the announced Convention Center development is still in the planning and early project tender stage, I hope that local authorities can find an alternate plan that would enable the Šnipiškės cemetery site to be memorialized as a sacred place.

I do hope that local and international Jewish leaders and rabbinic authorities can find some common ground on which to work with Lithuanian officials to identify an acceptable solution for the Šnipiškės cemetery site. I also hope that there will be full and public transparency by all organizations that work with the Jewish community on these important subjects.

For Defending History’s perspective on events of recent years, see sections on the Old Vilna Jewish Cemetery, chronicle of opposition to the “convention center on the cemetery” project, USCPAHA, the GWF, section on Herbert Block, and Ruta Bloshtein’s petition, which Mr. Block has now signed in a personal capacity.