Posted on 13 August 2015 by Defending History

VILNIUS—The following is the reply received to an inquiry concerning press reports that European Union funding of 13 million euros (around 14.5 million dollars at current exchange rates) would be sought as part of the new 22.8 million euro (= US 25.4 million dollar) budget for a convention and congress center in the heart of the historic Jewish cemetery at Piramont (Snipiskes). The current debate, entailing reports of high intrigue, has engendered a long paper trail and considerable international opposition to the project. A DH section is dedicated to the topic. 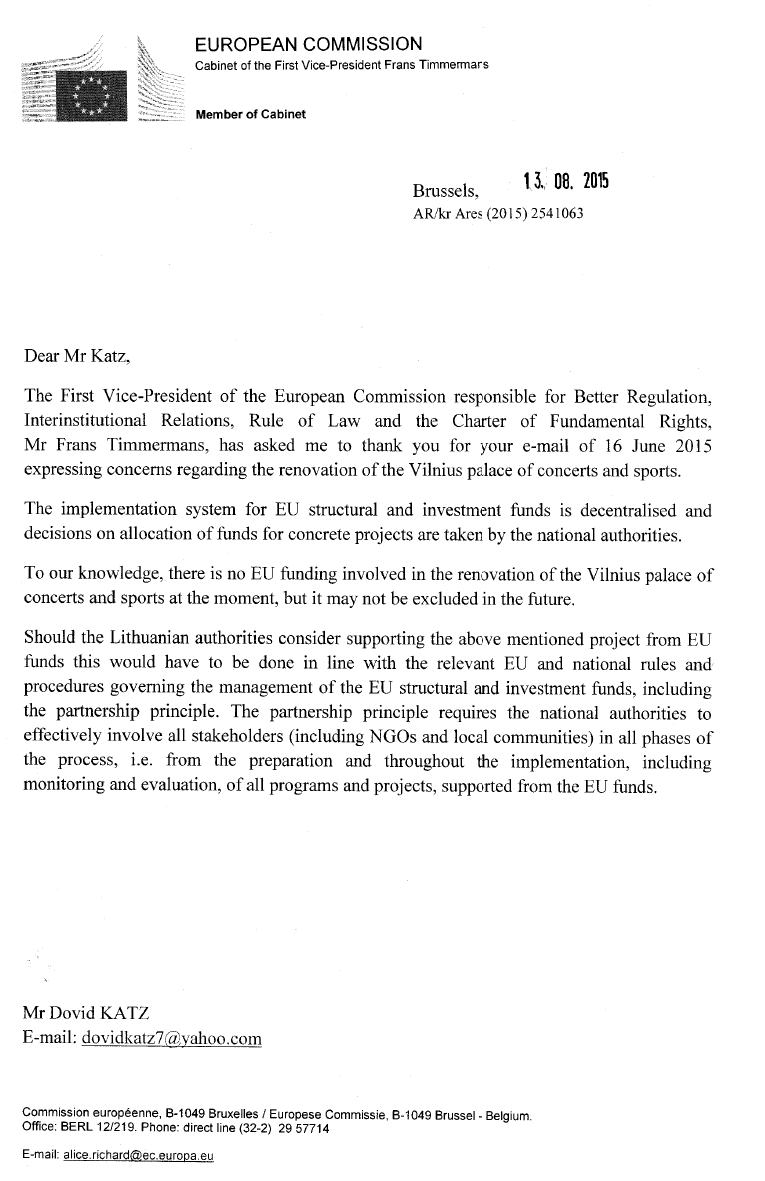 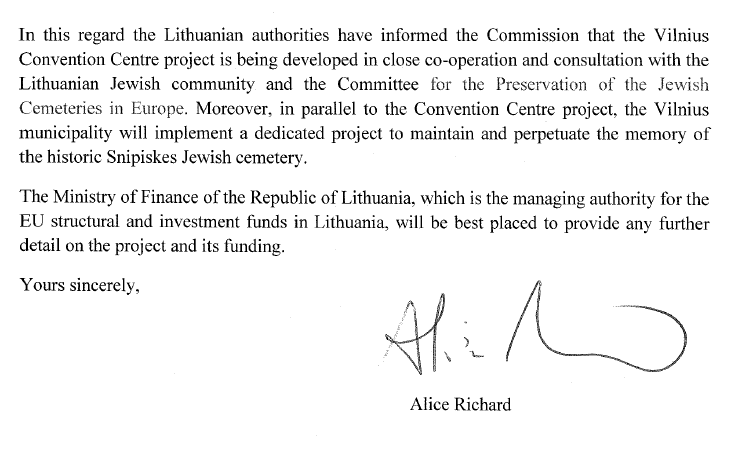