But What is a Litvak Symbol?

Posted on 22 November 2019 by Defending History

Sample of a logo produced by Defending History for Litvak projects in Vilnius in recent years , with no demands or expectation that anyone recognize it as some international “official Litvak symbol”. If a symbol is needed, opinion of the Litvaks, not of state-sponsored agencies, must be researched with respect and humility.

Last week’s DH op-ed on the declared state-sanctioned Litvak Symbol has attracted robust responses. The debate has been covered fairly by much international Jewish media (see Arutz Sheva, Enlace Judío, Haaretz, Israel National News, Jewish Chronicle, JTA, YNet, YNetEspanol, and the Times of Israel /ToI French edition). Turning to the major debaters’ pieces per se, it is regrettable (but not unrelated to the main question) that characterizations of folks with differing opinions such as “irresponsible and malicious spreading of lies outside Lithuania or within the country” (but with no links to enable the reader to read both sides), on top of gross misrepresentation of our actual views, could be found only on the pages of the state-sponsored “official” Jewish community (not to be confused with the democratically elected Vilnius Jewish Community, and more importantly, the roughly three thousand Jewish citizens who live in the country). In a strange way, this goes to a question at the heart of the matter: What happens when a small, weak, remnant post-Holocaust, post-Soviet lavishly funded community organization is spiritually hijacked by the state?

The debate has this week turned to the very legitimacy of the state-produced “Litvak Symbol” on a 10 euro coin issued to mark the 300th anniversary of the birth of the Gaon of Vilna (other issues include the coin’s total exclusion of Yiddish and Litvak usages; misleading official reports to the contrary). Hopefully the same authorities responsible for “Jewish affairs” will also now rapidly find it in their hearts and souls to cancel a convention center project slated for the old Vilna Jewish cemetery where many of the Gaon’s relatives still lie buried. Surely it cannot be right for plans to proceed with a place of speeches, conferences, conventions bars and lavatories, surrounded on all four sides by thousands of extant Jewish graves including many related to the Gaon, among them his father, mother, wives, and his son Abraham. An American Litvak scholar put it this way: “This is what we in America call a quid pro quo — a ten-euro souvenir coin for a multimillion-euro convention center in the heart of the Old Vilna Jewish Cemetery.”

“This is what we in America call a quid pro quo — a ten-euro souvenir coin for a multimillion-euro convention center in the heart of the Old Vilna Jewish Cemetery.”

The government-sponsored symbol comprises a hollowed out menorah holding up a state symbol beloved of today’s neo-Nazis and ubiquitous in the neo-Nazi marches that continue to defile the streets of Vilnius and Kaunas on national holidays that should be a spur to unity and mutual respect. In informally surveying some fifty Vilnius Jews this week (none of whom receive any state-sponsored salaries, benefits or status). Sure, there were the proverbial fifty opinions. Most were horrified, referring to the far right’s adoration, shocked that someone would think they could foist it on everyday Jews here. A few had positive family memory from the interwar period of Jewish service in the Lithuanian army, but on its own, in that context, not perched atop a  hollowed-out menorah as some official “Litvak symbol.” A number were angered  primarily by “mutilation of our menorah by the government; We don’t go around monkeying with their symbols. What kind of a menorah is this supposed to be?” But we could not find one who thought this combo symbol was a “good idea” or “remotely represented them“. There were, however, some common denominators. They all felt pain. Can a people be represented by a symbol they don’t like that brings them pain (whatever the rights and wrongs in various debates)? They all agreed on the urgency of a  scientific survey by an outside organization using a sizable sample of randomly chosen Jewish citizens who would trust in their anonymity being honored.

But wait a minute, who ever heard of a stateless, and multinational minority ever being told what its symbol is by any state at all? The very idea is intellectually untenable, inevitably divisive, and conceived in folly.

Litvak territory includes today’s Belarus (historically largest part of the Livaks in their prewar native land), Lithuania and Latvia and pats of  today’s Poland, Russia, and (most extensively of the three) Ukraine.

For many hundreds of years before the Holocaust — and in terms of heritage to this day — the Jews of Smargón (interwar Poland, today in Belarus), Dvinsk/Daugavpils (today Latvia), Byalistok (Poland), Tshernigov (Ukraine), and Lubavitchy (Russia) were every bit as ethnographic and cultural Litvaks as those in Vilna. Historically this derives in large measure from the magnificent medieval tolerance of the Grand Duchy of Lithuania. Who in their right minds in the government’s “Jewish affairs” units or its marionette “Jewish ministry”) could see any benefit to anyone from a hollowed-out menorah serving as a kind of flowerpot for a currently highly controversial state symbol? The Vytis or “knight-on-the-horse” is by contrast universally beloved of Litvaks; it is also a national symbol of Belarus (removed in the 199os by the communist style dictatorship of A. Lukashenko). Time for some simple common sense, and for a halt to the abuse and expropriation of the weak post-Holocaust Litvak world, culminating at times in the bizarre post-Holocaust post-Soviet phenomenon of  identity theft of the Litvak heritage.

Time for those in government to draw a line under attempts to take over the Litvaks (or; for so many with good will to understand they are themselves being manipulated by far-right ultranationaist operatives). Time to jettison all the nonsense and explore how a spirit of harmony and good will (which do not include demands that folks must accept views of the state and its “Jewish satraps” or risk being personally attacked) can lead to some good projects. The simple truth of it is that the specific cultural, linguistic, religious and literary heritage of Litvak civilization is intimately tied to the magnificent Grand Duchy of Lithuania. 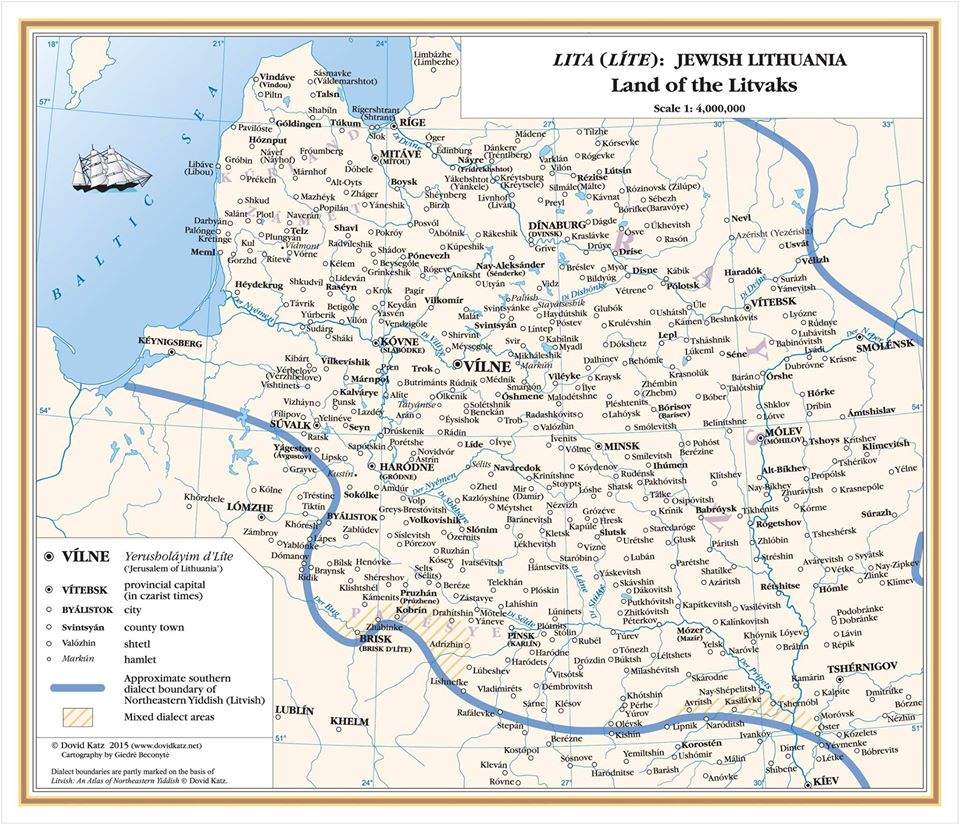 This entry was posted in News & Views, Ten Euro Gaon Combo Coin (and its prehistory), When an East European Gov. Imposes a Far-Right Symbol Beloved of Neo-Nazis as 'Representative' of Nation's Annihilated Jewish Minority Culture. Bookmark the permalink.
↑ Return to Top