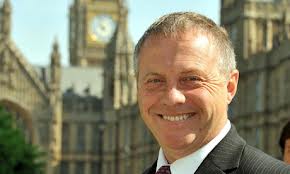 2009: “[…] the Prague Declaration, currently circulating through email accounts at the European Parliament. A sinister document, it uses the smokescreen of legitimate concerns about the evils of Communist regimes to insist that Soviet Communism and Nazi Fascism be declared equal. Its recommendations include the re-writing of textbooks to “correct” this history. Its authors draw parallels between Nazi and Soviet crimes for Western European audiences.”

2008: “On 22 January [2008], in Tallinn, Estonia, five MEPs from five different countries met to launch a group called Common Europe—Common History. It has the same theme—the need for an equal evaluation of history. It is just a traditional form of prejudice, rewritten in a modern context. In essence, it is trying to equate communism and Judaism as one conspiracy and rewrite history from a nationalist point of view. Those are elected MEPs.”