Posted on 19 March 2013 by Defending History

Žagarė (known in Yiddish as Zháger), Lithuania, always brings a warm feeling. It is a small, multicultural town. While Jews long accounted for half the population, unfortunately they are only a memory now. Germans, Latvians, Roma and Lithuanians continue to live here. There was room enough for everyone up until 1941.

I had the opportunity today to visit Žagarė to honor those who sought to insure that Žagarė would continue to have enough space for everyone. I traveled to a ceremony to honor Edvardas Levinskas (1893-1975), Terese Levinskienė (1903-1949) and Lilija Vilandaitė (1900-1948), posthumous recipients of the Righteous Among the Nations, or Righteous Gentile, award, conferred by Yad Vashem in Jerusalem.

Part of the audience in the hall 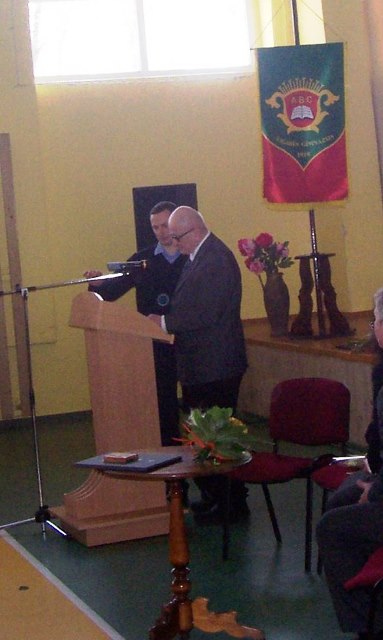 People who packed the auditorium listened intently as an elderly Leonas Levinskas received the award on behalf of his late parents and said his parents had fought against Nazism and chose to do so non-violently. As much as they could, they saved people, without regard to racial, religious or ideological differences.

Leonas Levinskas told the students he hoped they would protect the country’s freedom and general welfare, and hoped they would aspire to make sure there continued to be enough space for everyone in the country, a safe place without regard to a person’s ethnicity, religious convictions and views. 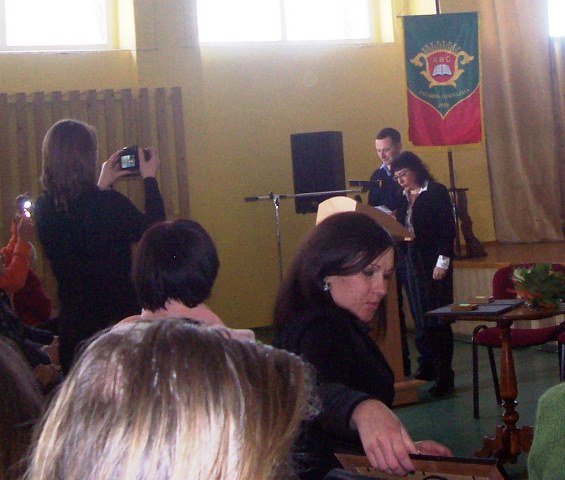 His wife Zofija and her father’s family, that of Andrejus Kalendra, also rescued Jews and were awarded the title of Righteous Gentiles in 2009.

It is a wonderful thing that such a small town as Žagarė, on the margins of Lithuania, has a reputation for such people. 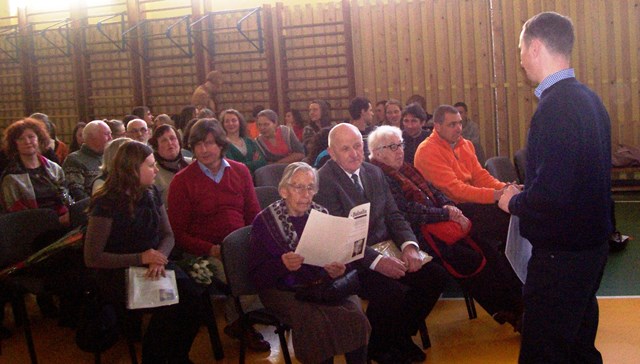 Valdas Balčiūnas, a local entrepreneur and builder of  cultural and historic bridges, who was instrumental in organizing the trilingual town-square memorial plaques for the Jewish community, addressing the audience

It is also a wonderful thing that in honoring these people, we are building a bridge with the past, when Lithuanians and Jews lived together in harmony in Žagarė. Žagarė, which even had an Old and New Jewish community (known in Yiddish as Alt-Zháger and Nay-Zháger, respectively), drawing back again and again people such as Sara Manobla, seeking a connection with the town where her ancestors once lived. This time she came to honor those she had met on her earlier journey and who made the effort to collect testimonies about life in the town before the Holocaust.