However, as can be seen from this photograph from the U.S. Holocaust Museum, the picture is actually from 1942 and shows Jews of the Lodz ghetto in Poland trudging towards an assembly point for deportation to the Chelmno death camp for extermination.  Perhaps he thinks this is funny too.

But we can only hope this was simply a horrendous mistake and will be corrected immediately by President Poroshenko on the same Twitter account.. Below are images of both Poroshenko’s tweet as well as the original from the United States Holocaust Memorial Museum (USHMM). They are one and the same image. 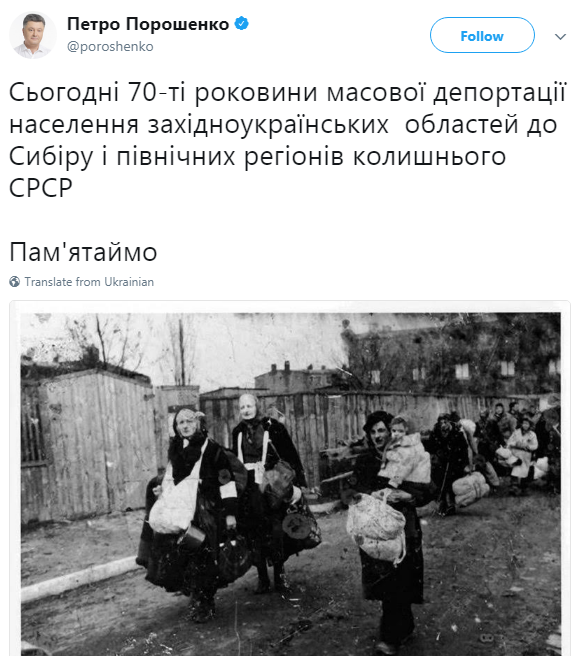 From the US Holocaust Museum’s archives: 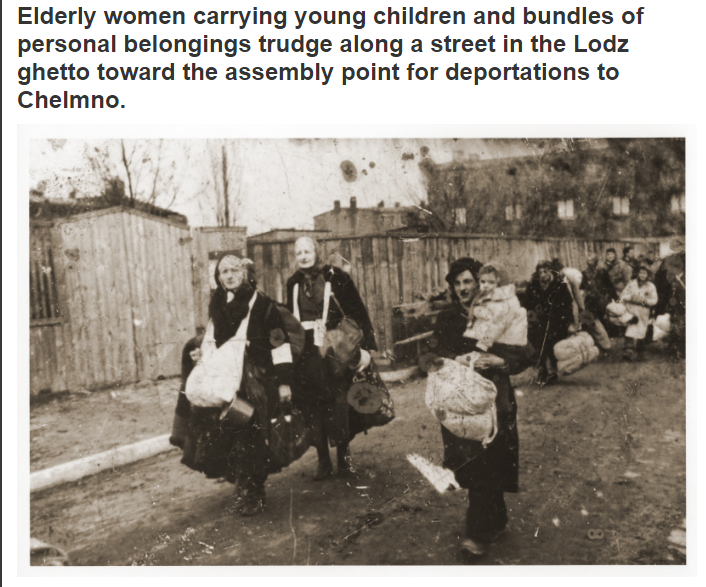