Posted on 17 February 2014 by Defending History 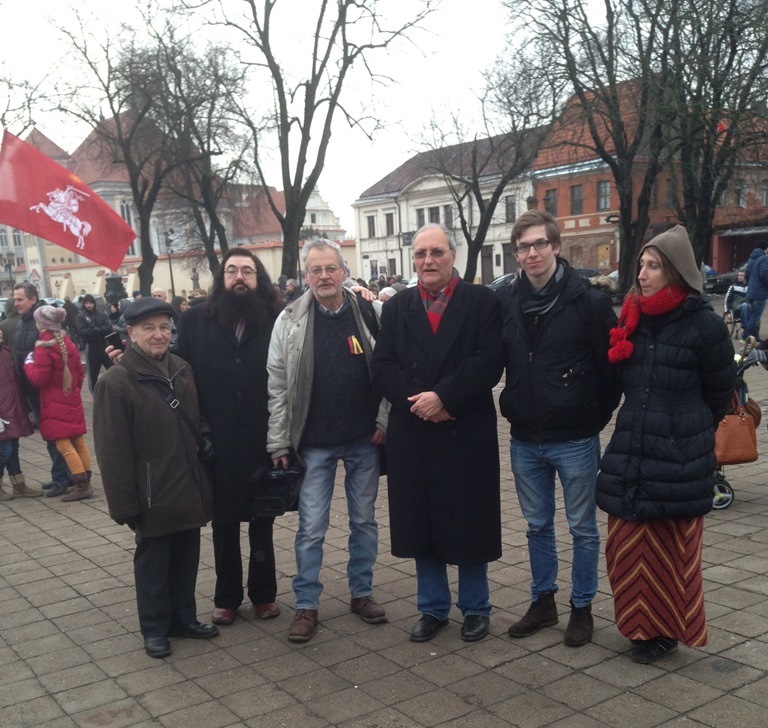 In his statement to the media, Dr. Zuroff emphasized the use by the demonstrators of the image of Juozas Ambrazevičius-Brazaitis, who served as prime minister of the Lithuanian provisional government established in Kaunas shortly after the Nazi invasion, and which enthusiastically supported the Third Reich and the systematic annihilation of Lithuanian Jewry.

“Those who seek to inspire patriotism by invoking the memory of Ambrazevičius-Brazaitis are in effect expressing support for the tragic annihilation of Lithuanian Jewry. In that context, the shouts of the demonstrators ‘Lithuania for Lithuanians’ ring starkly ominous.

“The consistent refusal of Lithuania’s political leaders to condemn such behavior will only encourage the growth of the extreme right in a country where professed patriotism led to massive collaboration in Holocaust crimes.”