Part of a list of Jewish victims of the Vilna Ghetto (including fallen resistance hero Yechiel Sheinboim) appears in the Baltic Times instead of the captioned list of alleged Nazi-allied murderers (zoom-in). 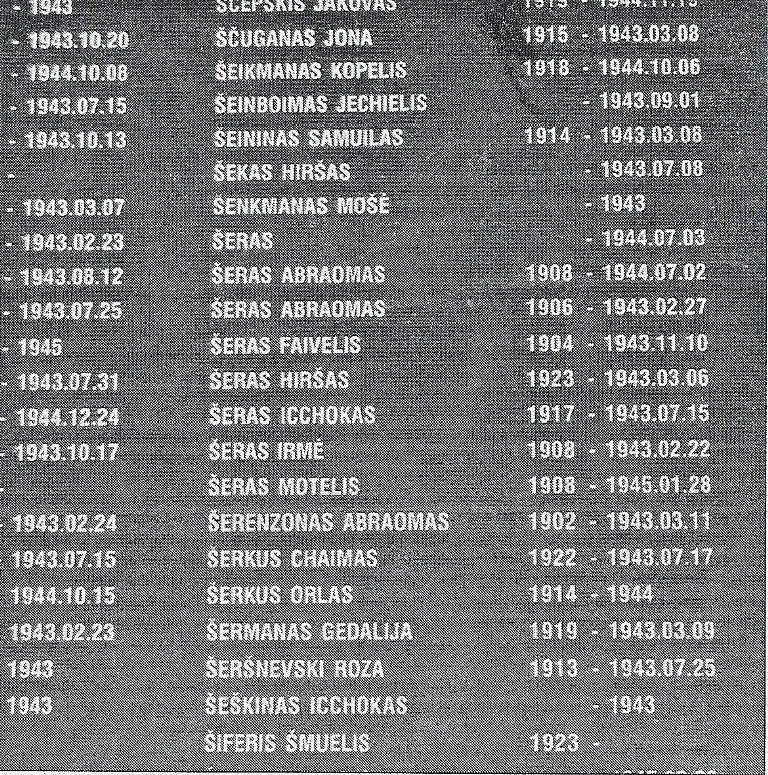 Moreover, director of the Vilnius Yiddish Institute Sarunas Liekis is quoted (misquoted?) in the article (column 2), as calling the last active group of Litvak Holocaust survivors in the world (the ALJ in Tel Aviv) ‘extreme right-wingers’, adding that ‘scholars don’t talk to them’. Although now aged, these survivors’ ranks still include prominent Holocaust scholars.

The Baltic trend to delegitimize Holocaust survivors and their supporters is part of the wider series of attempted conceptual realignments deemed ‘necessary’ to propagate the Double Genocide bandwagon, and obfuscation of the Holocaust, within the context of regional unltranationalism.