On his return to Vilnius, Jacob took up attending synagogue and studying Hebrew and for years attended the city’s weekly Yiddish reading circle (he was a fluent native speaker), where he acquired the nickname “Bontshe Shvayg”, a beloved Yiddish literary personage known for being a quiet, understated, modest person who does not rush to socialize, one who seems happy to let others do the talking. For all the sparseness of his talking, when it came to the test of speaking up with courage where many shrink away in fear, Jacob Piliansky was right out front.

In a video interview with Defending History back in early 2012, he was asked what he thought of the Lithuanian government authorities allowing neo-Nazi marches through the main boulevards of Vilnius and Kaunas on the nation’s cherished independence days. He did not mince words. Later, when an American documentary film maker asked if the clip could be included in a film using his real name, Jacob replied: “Of course! Why shouldn’t I use my name? What are they going to do to me?” (the film is Defending Holocaust History, Jacob is at time code 50:03). He then hastened to sign a petition on the subject.

When it came to signing the international petition against plans to situate a national convention center in the heart of the old Vilna Jewish cemetery, Piliansky was one of the first. Later, when a very small delegation took the petition to Vilnius municipality, he was the first to sign that document too. When he saw flowers from the government and various embassies, including the German embassy, at a monument that included also Holocaust-era Nazi soldiers, he photographed the scene and reported on it loud and clear.

Jacob Piliansky on video. His articles.

Jacob Piliansky stood up with equal fortitude against perceived injustices coming from the official Jewish community leadership. When in 2016 the then Chabad rabbi and his family were ejected from prayer services by police, Piliansky penned an article in protest, reporting on the day’s unseemly details.

His honesty and courage were an inspiration to Vilnius’s Jewish community and he will be sorely missed.

In his final years, completely unexpectedly, he took up the classic Lithuanian art of wood-sculpting and began with God-gifted talent to produce serious works of haunting art on the Lithuanian Holocaust, much in the same spirit as his late mother did with her drawings, when she was in her nineties. These incomplete photos do not show the whole rifle atop the mass grave that is in the wood-carved original. 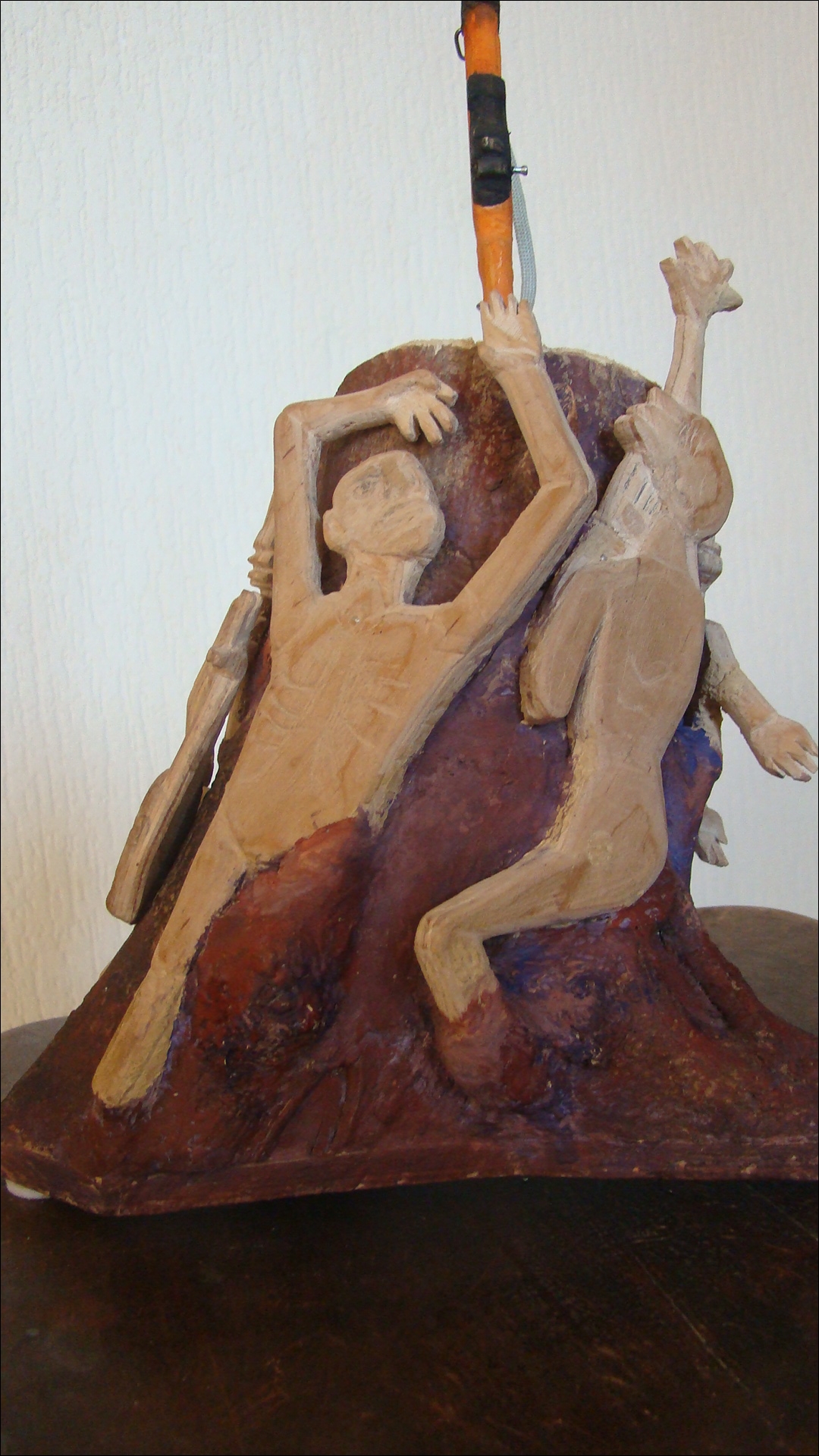 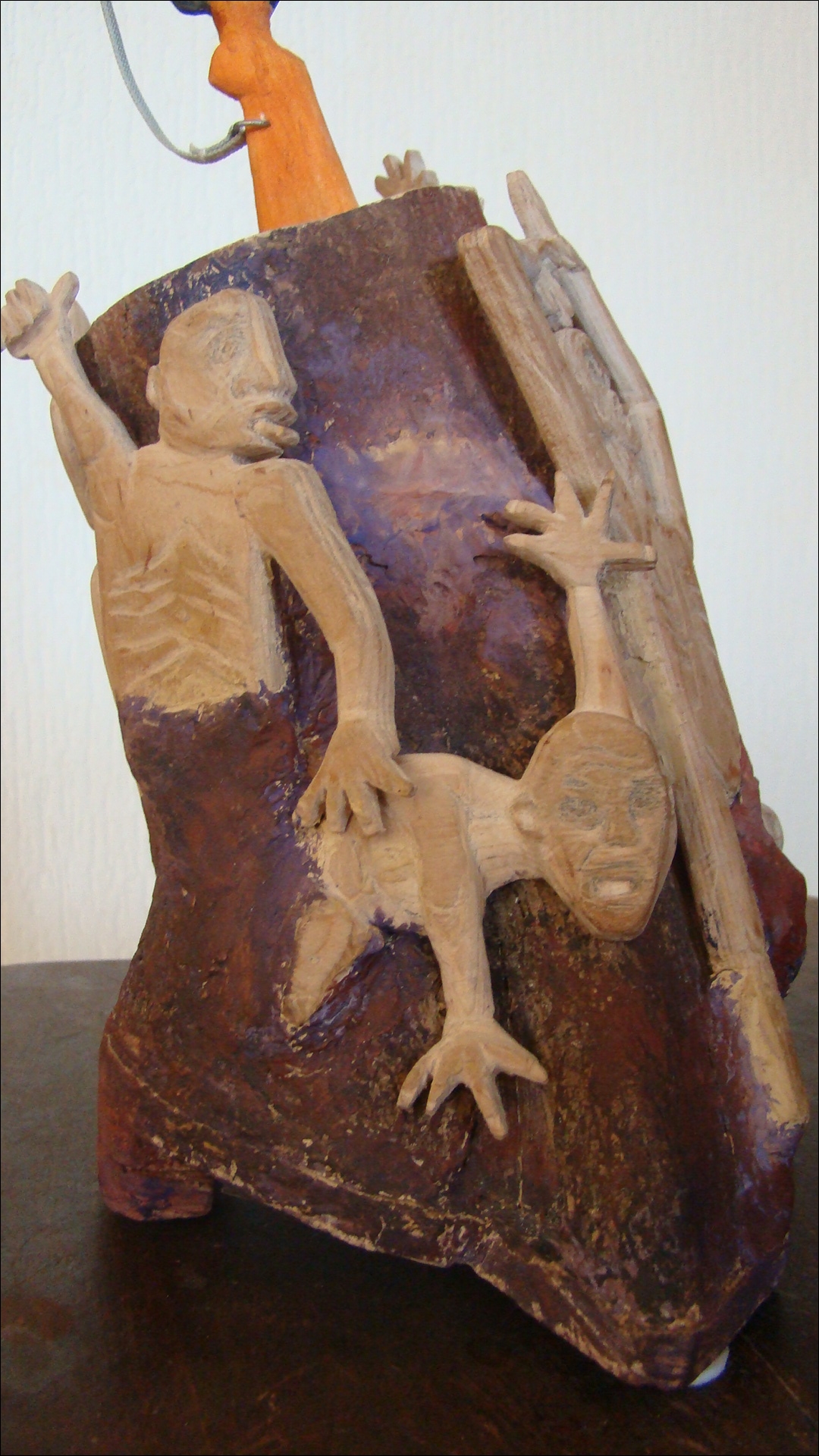 But Jacob Piliansky’s rapidly growing output in the last year of his life was not limited to the thematics and brutality of the Lithuanian Holocaust. He sought joy in such popular Jewish icons as the fiddler on the roof, giving the fiddler his own wood-carved interpretation.

As if in rapid-fire succession, he then went from Jewish to universal themes. His “Sea Symphony” was, he wrote to friends, inspired by the French artist Étienne Pirot whom he much admired. 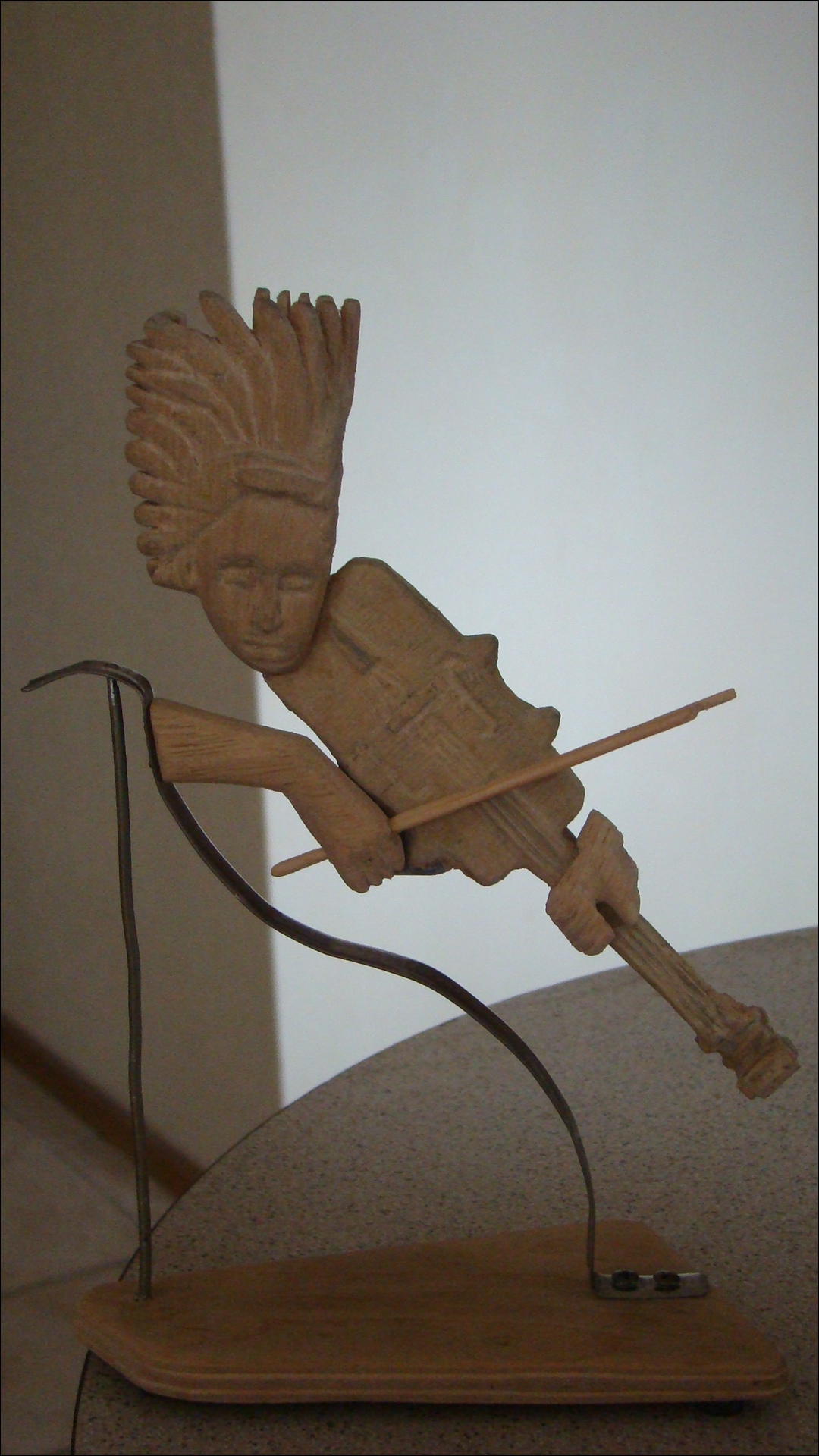 At the end of his days, and of his short and somewhat phenomenal and unrecognized career as a Vilna Jewish artist of our times, he decided to draw his mother, Dobke Jonis, as he remembered her from the days of his youth. 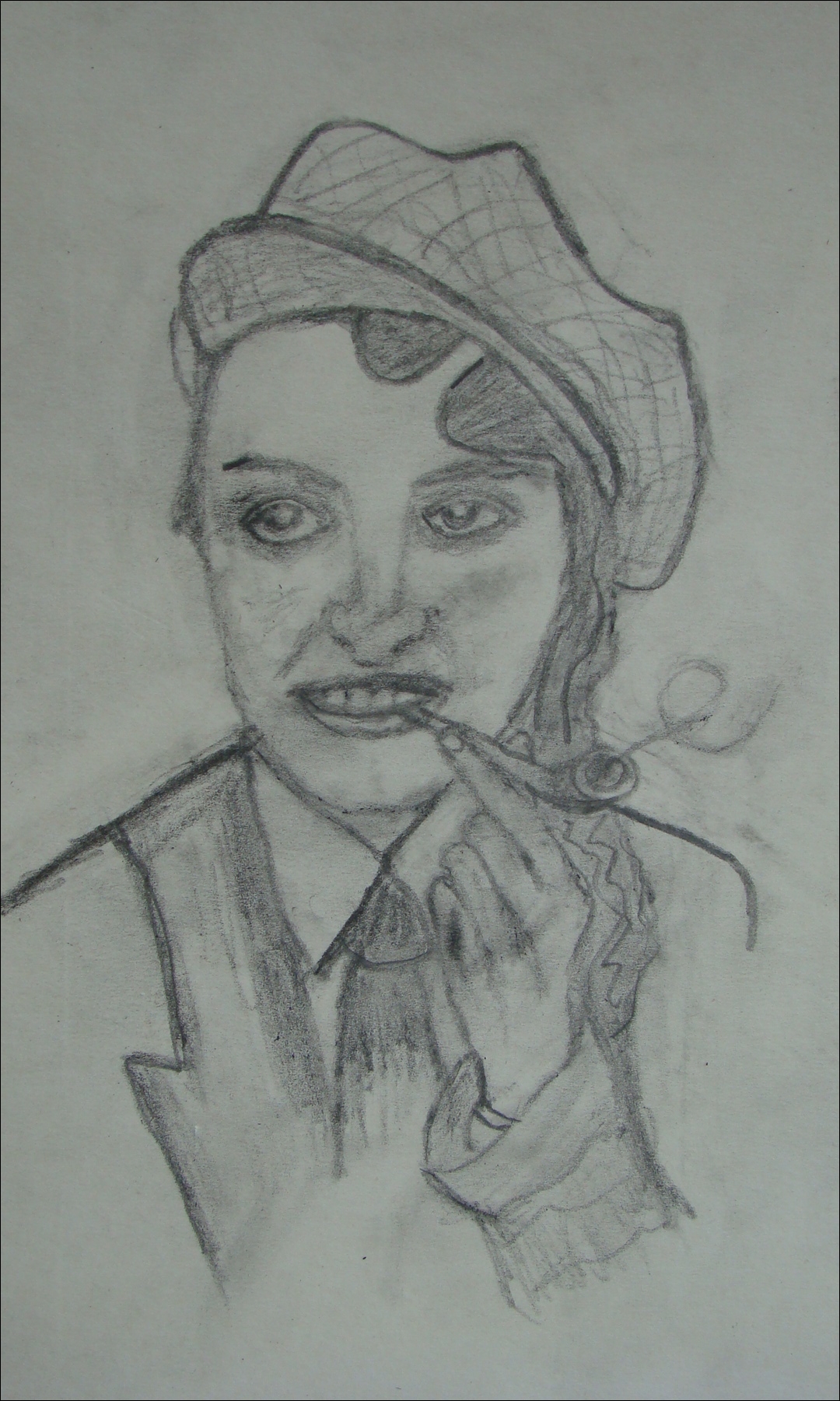 Unknown to most of his friends, Jacob Piliansky was battling cancer, but continued with his activities with no mention of his medical challenges. He continued to look much younger than his years. His death came as a shock to all who knew him.

At his funeral today, mourners were surprised that instead of being interred between his mother and sister, his grave was inexplicably in a different area (an inquiry to the cemetery office elicited a reply in the vein of some extra work or expense that would have been needed to fit it in between his two relatives).

There was another hitch. Simon Gurevich, the democratically elected head of the Vilnius Jewish Community, representing the vast majority of Lithuanian’s Jewish citizens, came to pay his respects. But the current officiating rabbi of the state-sponsored community did not publicly acknowledge Mr. Gurevich or call on him to say a few words in memory of the man just buried, perhaps, some thought, in fear of offending his bosses who are running the same kind of campaign of delegitimization against Mr. Gurevich as they did against the rabbi Jacob Piliansky stood up for with such courage and loyalty precisely two years ago.  Painful to recount, it was actually the same rabbi.

But dear Jacob would have been forgiving and understanding and taken note of the irony. One can almost hear him saying from afar, in his deep, quiet, deliberately slow and unassuming voice, with that deadpan Litvak expression, and no hint of an overt smile: “But what do you expect? That is our situation here.”